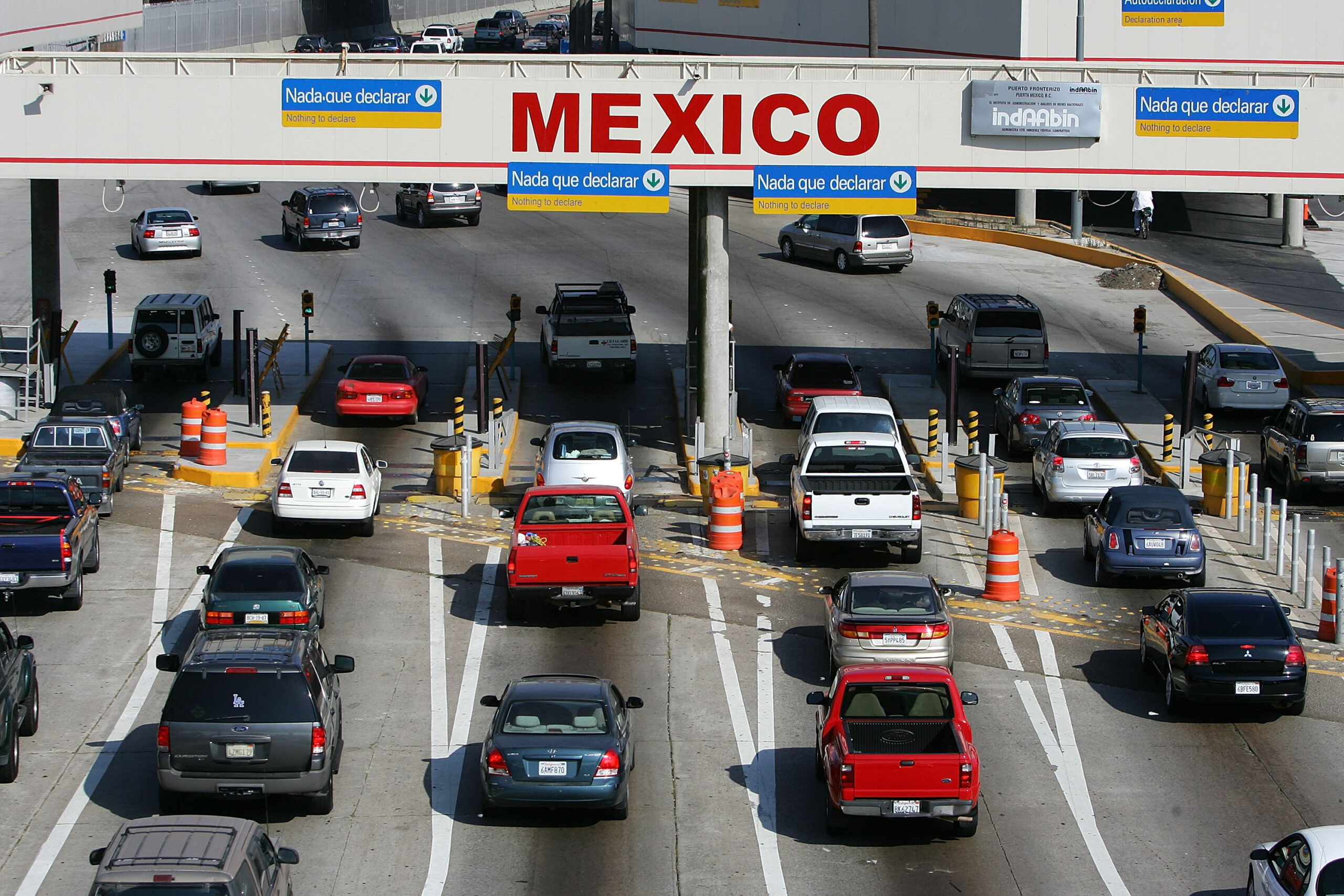 The state of New Mexico has emerged in recent years as a leader in policies aimed at reducing emissions amid the climate crisis, but at the same time it has seen an increase in oil and gas production in the southern part of the state and faces challenges with inequitable access to electricity.

According to a report released this month by the International Energy Agency, the reliance on oil and gas for state revenue and the need for increased access to electricity must be addressed to reach its goal of net zero emissions by 2050.

The Net Zero by 2050 report looked at steps that could be taken globally to reduce the emissions.

“Emissions reductions have to go hand‐in‐hand with efforts to ensure energy access for all by 2030,” the IEA report states.

It calls for a global investment of $40 billion a year to increase access to electricity, which will also reduce indoor air pollution.

Moving to net-zero emissions by 2050 would mean a drastic reduction in the use of fossil fuels. Currently, nearly 80 percent of the total energy is supplied by fossil fuels. To reach net zero emissions, that will need to decline to just over 20 percent by 2050. At that time, the fossil fuels will be used for plastics and in facilities fitted with carbon capture technology or in sectors where there are not a lot of options for low-emissions technologies.

That will mean a loss of jobs in the fossil fuel industries.

While the IEA report anticipates job growth in the clean energy sector, with more than 14 million jobs created globally, it states that those jobs may not be located in the same places that experience job loss during the transition.

“Jobs created would not necessarily be in the same area where jobs are lost, plus the skill sets required for the clean energy jobs may not be directly transferable,” the report states. “Job losses would be most pronounced in communities that are heavily dependent on fossil energy production or transformation activities. Even where the number of direct energy jobs lost is small, the impact on the local economy may be significant.”

New Mexico has traditionally relied on oil and natural gas as a major economic base. The workforce will not be the only area where the state sees impacts during the transition to cleaner sources of energy.

The IEA report anticipates that governments around the world will see a 90 percent reduction in revenue from oil and natural gas over the next 30 years.

“Governments are likely to need to rely on some combination of other tax revenues and public spending reforms to compensate,” it states.

With those job and tax revenue losses at the forefront of conversations, New Mexico is working to diversify the economy.

“We are making the best progress in years to diversify New Mexico’s economy, though we know that doesn’t happen overnight,” said Nora Meyers Sackett, a spokesperson for the governor’s office, in an email to NM Political Report.

She said the Economic Development Department, the Energy, Minerals and Natural Resources Department and the New Mexico Environment Department are partnering to “identify and bring additional renewable energy companies and jobs to the state” through the use of CARES Act funding.

New Mexico looks to the future

But while the state could see job losses in areas reliant on fossil fuels and a reduction in revenue, New Mexico has already implemented or is in the process of implementing many of the strategies recommended in the report.

Meyers Sackett said that Gov. Michelle Lujan Grisham’s administration is committed to reducing emissions by at least 45 percent by 2030.

“While we are already well on our way toward reducing methane emissions in the oil and gas sector through waste and ozone precursor rules, we know there is more work to do,” she said.

The net zero report looked at a variety of emission sources including electricity and transportation.

“All the technologies needed to achieve the necessary deep cuts in global emissions by 2030 already exist, and the policies that can drive their deployment are already proven,” the report states.

Meyers Sackett said the state will be leading workshops this summer to engage communities in discussions about achieving ambitious climate goals.

“As a rural state, we do face unique challenges, but by engaging the public and continuing discussions with our stakeholders we can find solutions that expand renewable energy in an equitable and sustainable way,” she said.

A rise in electric vehicles

IEA predicts that by 2030 about 60 percent of vehicles will be electric and the report emphasizes the need for more electrification of heavy transportation vehicles. It calls for electric buses.

Meyers Sackett described transportation as the second largest sector in terms of greenhouse gas emissions. She said a clean fuel standard will “create significant investments and job growth in communities throughout the state.”

While the governor supports a clean fuel standard, efforts to get legislation passed failed during the Legislative session.

Meanwhile, New Mexico is working to make it easier for electric vehicle owners. Meyers Sackett highlighted Lujan Grisham’s involvement in REV West, which consists of governors from eight Rocky Mountain states and is focused on identifying “a framework for creating an intermountain EV corridor.”

In September 2019, New Mexico was among 15 states to adopt low-emission vehicle and zero-emission vehicle standards. Meyers Sackett said the New Mexico Environment Department is currently gearing up for a public engagement process surrounding those regulations. If adopted by the Environmental Improvement Board, the standards will take effect in January of 2023.

The IEA report calls for additional research and development funding for “critical areas” including electrification, hydrogen, bioenergy and carbon capture, utilization and sequestration.

Currently, $90 billion of public money is needed globally to “complete a portfolio of demonstration projects before 2030,” according to the report. Meanwhile, only $25 billion is budgeted.

The trio of Democrats sent a letter to U.S. Department of Energy Secretary Jennifer Granholm on May 14 highlighting the state’s unique advantages when it comes to hydrogen.

“The San Juan Basin’s and Navajo Nation’s history of fossil fuel production has created a skilled, diverse energy workforce with a proud tradition of powering our nation’s economy,” the letter stated. “Strong and proven energy programs at the area’s educational institutions, like the San Juan College School of Energy, are ready to convert federal investment into workers ready to hold good-paying hydrogen jobs and contribute to the nation’s clean energy transition.”

Heinrich has introduced legislation to provide a tax incentive for hydrogen initiatives.

The IEA report states that investments will be needed into pipelines to transport hydrogen as well as carbon dioxide that is captured.

In northwest New Mexico, the City of Farmington has partnered with Enchant Energy in efforts to acquire the San Juan Generating Station and retrofit it with carbon capture. This would make it the largest coal-fired carbon capture facility in the world and skeptics argue that money could be better spent on investing in renewable energy rather than continuing to mine for coal.

The IEA report anticipates a rapid increase in demand for lithium as renewable energy becomes more common. In the net zero by 2050 scenario, lithium demand will be 100 times greater than in 2020.

Lithium is used for batteries, which will be needed in the transportation and electrical sector.

New Mexico is one of the places in the United States where lithium could be extracted.

“Any mining activities that happen here in New Mexico will be done with strict oversight, ensuring that environment and public health are protected,” Meyers Sackett said. “Legislation passed during the last regular session allows the state to access and invest financial assurance forfeited by mining companies to ensure the state can reclaim land in order to protect wildlife and natural resources and to support future uses – and not on the taxpayer’s dime. Mining of brackish and produced water for these natural resources presents opportunities to further develop the renewable energy infrastructure.”