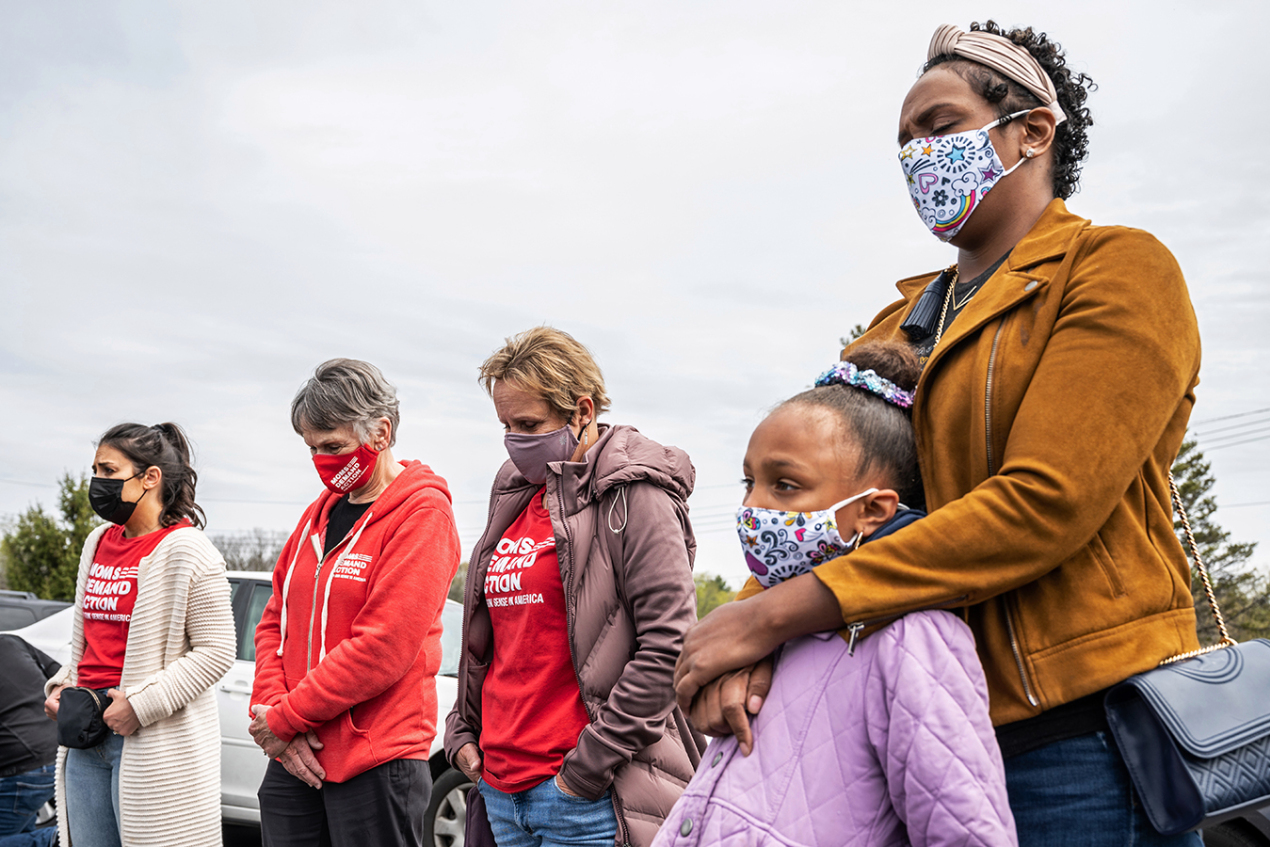 On New Year’s Eve 2017, sheriff’s deputies in the Denver suburb of Highlands Ranch responded to a domestic disturbance. Before the night was over, four officers had been shot and Douglas County Sheriff’s Deputy Zackari Parrish III was dead.

The gunman was a 37-year-old man with a history of psychotic episodes whose family had previously tried to take his guns away but found themselves without legal recourse to do so.

“We tried every legal avenue we could to not only protect him, but to protect the community,” said Douglas County Sheriff Tony Spurlock. At that time, however, there was nothing more they could do.

That changed with the passage of the Deputy Zackari Parrish III Violence Prevention Act, a “red flag” law that took effect in January 2020. It gives judges the ability to issue “extreme risk protection orders” allowing law enforcement to seize firearms from people deemed dangerous to themselves or others.

Colorado is among the most recent of 19 states to have enacted red flag laws. Connecticut was first, in 1999. Since then, the data has been mixed on whether the laws have prevented suicides and inconclusive on their power to curb mass shootings. The Connecticut law did not prevent the 2012 mass shooting at Sandy Hook Elementary School in Newtown, for instance, though proponents usually point to the laws as one tool for preventing shootings, not one that’s 100% effective.

But law enforcement officials who support the laws say they have clearly saved lives. A study published in 2019 looked at 21 cases in California in which extreme risk protection orders were granted from 2016 to 2018, and found that as of August 2019 none of the subjects of these orders had committed a murder or suicide, though it’s impossible to prove the orders prevented such outcomes.

The red flag law hadn’t been invoked in Colorado, the site of some of the nation’s most infamous mass shootings, when a gunman killed 10 people in a Boulder grocery store in March.

In Indiana, where a former FedEx employee shot and killed eight people at an Indianapolis facility before killing himself in April, prosecutors did not seek a court hearing under that state’s red flag law last year after the suspect’s mother reported to police that her son was suicidal.

Mass shootings may grab the most attention, but they are too rare to measure whether red flag laws help prevent them, said Rosanna Smart, an economist who studies gun violence at the Rand Corp.

The suspect arrested and charged with murder and attempted murder in the Boulder shooting had a history of violent outbursts dating back three years or longer, so it is hard to assess, while facts of the case are still being gathered, whether the red flag law could have been applied to him.

In 2018 the man pleaded guilty to third-degree assault after punching a fellow student at his suburban Denver high school in an attack the victim called unprovoked. He also was kicked off the school’s wrestling team after making threats of violence.

Police seized a shotgun from the Indianapolis shooting suspect after his mother reported in 2020 that she was worried her son, then 18, was considering “suicide by cop,” or deliberately provoking a lethal response by officers. An Indiana prosecutor told The Associated Press that authorities did not seek a hearing under the red flag law because they worried they would have to return the shotgun to him if they lost in court.

Most gun deaths in the U.S. are suicides, and Smart said about two-thirds of red flag cases regard somebody as at risk for self-harm.

Last April, Smart and her colleagues published a review of research on the effects of red flag laws and found ”very inconclusive” evidence that they’re effective as a means to reduce overall firearm suicide or homicide rates.

“I wouldn’t say it’s strongly one way or another,” Smart said.

Research by Aaron Kivisto, a psychologist at the University of Indianapolis, used a method called “synthetic control” to calculate that 10 years after the enactment of Indiana’s 2005 red flag law there was a 7.5% reduction in suicides compared with what would have been expected without the law, and the drop was driven exclusively by reductions in firearm suicides.

In Connecticut, the results were more of a “mixed bag,” Kivisto said. Initially, the effect was “negligible,” but the Connecticut law wasn’t used much until after the Virginia Tech shooting in 2007, in which a student killed 32 people and wounded 17. After that shooting, seizures in Connecticut rose fivefold and Kivisto’s group did then see a reduction in firearm suicides in the state, but they also found that those reductions were largely offset by increases in non-gun suicides. Still, taking all the studies together, Kivisto said, “The biggest takeaway is that the evidence supporting red flag laws as one means of reducing suicide appears to be consistently supported.”

Colorado’s suicide rates are among the highest in the nation, but it’s too soon to know yet whether the state’s red flag law has made a difference, especially given how unusual 2020 was in so many other ways.

From Jan. 1, 2020, to March 26, 2021, Colorado tallied 141 red flag cases. Extreme risk orders were granted under the law in 28 of the state’s 64 counties, including some of the more than 35 counties whose sheriffs or county leaders opposed the law and declared themselves “Second Amendment sanctuaries,” where the law would not be enforced, said state Rep. Tom Sullivan, a Democrat. Sullivan, one of the bill’s sponsors, has been a gun control advocate since his 27-year-old son, Alex, was among the 12 killed by a gunman in the 2012 Aurora movie theater shooting.

But the law still has numerous opponents. Weld County Sheriff Steve Reams counters that situations like the one last fall in which an extreme risk protection order was approved for a 28-year-old man making plans to assassinate state Attorney General Phil Weiser should be dealt with using criminal charges, rather than a red flag law.

“Red flag, to me, doesn’t look like a primary way of dealing with a potentially criminal situation,” said Reams, who called Sheriff Spurlock a good friend with whom he’s repeatedly debated the issue.

As for people at risk of self-harm, Reams said he’d rather have better ways to get them mental health treatment than take their guns away.

Some opposition to Colorado’s law focuses on the execution, rather than the intent. Dave Kopel, an adjunct law professor at the University of Denver and an analyst with the Libertarian-leaning Cato Institute, has testified in favor of red flag laws in the Colorado legislature but is critical of the current law for what he says are weaknesses in due process.

“The accuser never has to appear in court or be cross-examined,” he said, and that means the judge may hear only one side of the case. “My view, as a constitutional law professor, is that you should write the law with strong due process protections at the start.”

But Spurlock, a Republican, said there is more due process in implementing Colorado’s red flag law than there is in police obtaining a search warrant. He said he supports gun rights but does not support allowing possession by felons or people who are a danger to themselves or others.

“That’s why I supported the red flag. And I will continue to do so. I know for a fact that it saves lives, and it’s not harming anyone,” he said.

This article was originally posted on ‘Red Flag’ Gun Laws Get Another Look After Indiana, Colorado Shootings