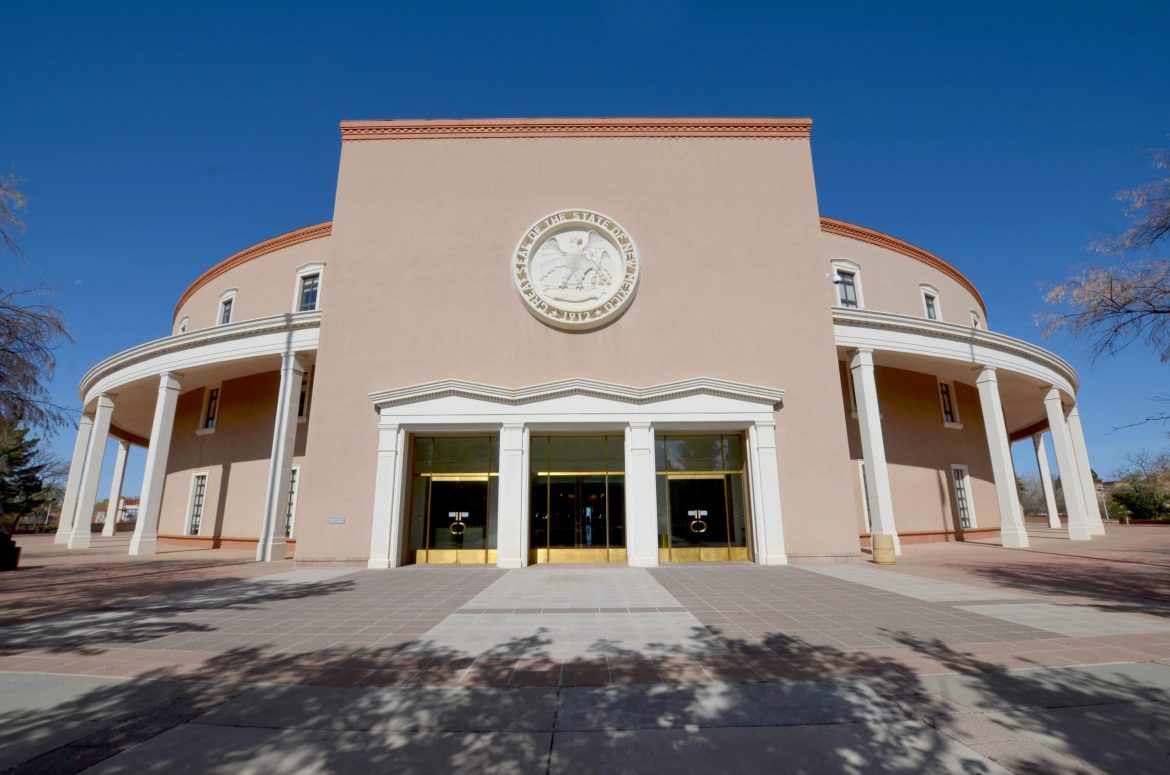 A Republican lawmaker in the New Mexico House of Representatives and four others at the Roundhouse have tested positive for the coronavirus.

The new cases at the state Capitol come just two weeks into a 60-day legislative session that required everyone but lawmakers to receive weekly nasal COVID-19 tests to be admitted into the building.

In an email late Thursday, House Republican spokesman Matthew Garcia-Sierra  wrote that he had been “informed one of our members tested positive, and I am also aware that there were four other positive cases,” he wrote.

Townsend said a Department of Health doctor told him earlier in the day that there were at least four other cases in the state Capitol.

Earlier in the session, House members voted to run a mostly virtual session, though lawmakers in that chamber have the option of showing up in person at the Capitol for floor debates or participating via Zoom from their offices.

If they choose to take part in person, they must remain at their desks, fortified with protective Plexiglas walls, and communicate via Zoom.

Egolf did not return a call seeking comment. He issued a news release around 10 p.m. Thursday in which he wrote he wished for a “fast and full recovery” of the legislator and staff members who contracted the virus.

“My office is taking this situation very seriously, and the Department of Health is conducting the necessary contact tracing to identify any additional positive cases in order to prevent further spread within the building,” he wrote in the release.

“I was dismayed to learn today that the Republican caucus had a catered luncheon within the Capitol on Monday, at which members did not wear masks, and gathered in a small space,” Egolf wrote.

“One member went out and picked up Chinese food — individual luncheons and wrapped containers — and brought them back to Capitol,” he said. “I ate mine in my office. I know many others ate them in their offices. It wasn’t catered.”

Egolf wrote he was taking “immediate steps within the House to protect the safety and health of staff and members.”

And future House floor sessions will be limited to three lawmakers: Egolf, Townsend and Majority Floor Leader Sheryl Williams Stapleton,  a Democrat from Albuquerque — or a designee who can stand in for all three of them if need be.

Before the session began on Jan. 19, lawmakers from both parties had asked if the session could be delayed because of fears of spreading the respiratory illness.

Townsend said Thursday that despite a state constitutional mandate requiring lawmakers to show up on the third Tuesday of January to start the session, legislators could have come in, quickly moved to get important legislation going and then “gotten out of there.

Garcia-Sierra said Republican lawmakers and staff members have been told to stay home Friday. He said staffers in the House Republican office have been ordered to “immediately quarantine for 14 days” and get tested.

“Tomorrow [Friday] our staff and membership will work from home, virtually, and we will work with the DOH [Department of Health] and Capitol staff to figure out how we move forward with the one case in our caucus and the four other cases that are around the building,” he said.

Before the session began, administrators at the Capitol decided that regular visitors to the downtown facility, including staff and members of the media, would be required to get weekly tests for COVID-19.

But, they said, state lawmakers could not be required to take the test, though testing is offered to them on a regular basis.

When senators were developing rules ahead of the session, mandatory nasal testing of COVID-19 for lawmakers was a lively topic of discussion.

“If you think I’m a threat, folks, stay away from me,” state Rep. Candy Spence Ezzell, R-Roswell, said at the Jan. 6 meeting. “But I’ll be damned if I’m going to allow somebody to jab a Q-tip up my nose every five days.”

Townsend said he thinks a temporary halt should be put to the session while leaders from both the House of Representatives and the Senate meet to talk about how to proceed going forward.

“I think it would behoove us to stop long enough to figure out a better way to do it,” he said.

This article was originally published on Republican House member, four others test positive for COVID-19