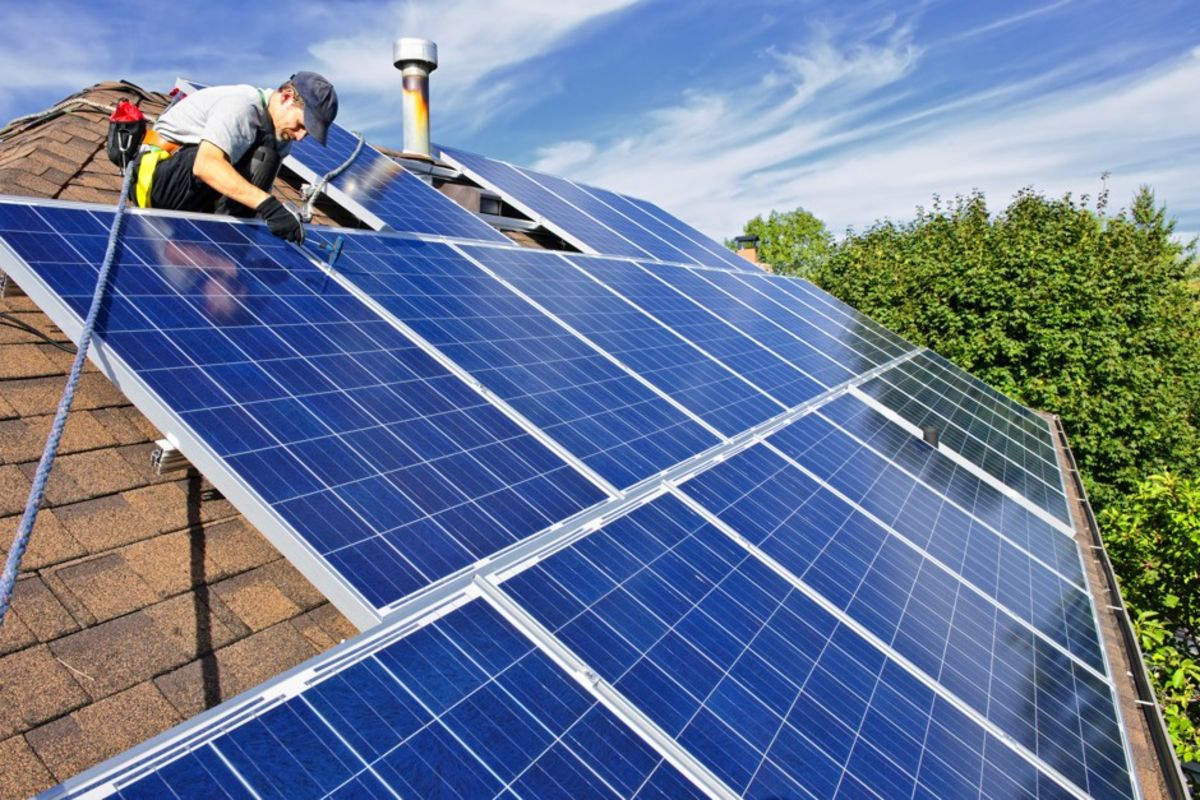 The state Senate Conservation Committee passed a community solar bill Thursday after a lengthy debate and multiple amendment proposals. Legislators have introduced various community solar bills over the past years, but the newest version of the bill was drafted by a task force that was created during the last session.

Senator Liz Stefanics, D-Cerrillos, presented SB 84, the Community Solar Act, to the committee. The bill would direct the Public Regulation Commission (PRC) to develop and adopt rules to implement a community solar program, in which communities can subscribe to local solar facilities that are established by an anchor tenant.

“It’s making solar power available to people who maybe are renting, maybe, who cannot afford it, who don’t have the property to put it on, or who maybe have covenants against rooftop [solar] or don’t have enough land to put it on or enough financing,” Stefanics said.

The bipartisan task force was composed of state legislators, solar energy advocates, representatives of the state’s investor-owned utilities and rural electric coops, as well as community members. Input from the All Pueblo Council of Governors was also included in this year’s version of the bill.

“We tried to include anyone who wanted to be involved,” Stefanics said.

Stefanics also pointed to a recent study funded by UNM’s Bureau of Business and Economic Research that estimated the program could deliver “over $500 million in economic benefits to various sectors of the economy and [create] close to 4,000 high quality jobs over the next five years,” Stefanics said.

The study also estimated the program could bring in “$2.9 million in tax revenues annually for the state, funded through private investments,” she added.

Albuquerque Democratic Sen. Antoinette Sedillo Lopez, who is a cosponsor of the bill, noted that the legislation would leave many details of the program—such as consumer protections for subscribers, ensuring that utilities are fairly compensated for interconnection, and determining subscriber bill credit rates—to be developed by the PRC in its rulemaking.

Representatives of PNM and the New Mexico Chamber of Commerce spoke in opposition of the bill, over concerns that the legislation would be at odds with the Energy Transition Act.

“Everyone from the government to the legislature, local businesses to the environmental advocates, our low income partners and our unions worked really hard to get that Energy Transition Act passed. And it lays the foundation towards 80 percent renewables and 100 percent zero-carbon energy for energy New Mexican,” the representative said. “Our primary concern of this community solar bill, as it’s written, undermines that hard work.”

Representatives from the Santa Fe Mayor’s Office, the Santa Fe County Commission and the City of Las Cruces spoke in support of the bill.

During a lengthy debate, the committee ultimately adopted two technical amendments to the bill and passed the bill 6-3. All three Republicans on the committee voted against it. The bill heads to the Senate Taxes, Business and Transportation Committee next.

In the House, the Energy, Environment and Natural Resources Committee passed HB 76, sponsored by Democratic Rep. Christine Chandler of Los Alamos. The bill would amend the state’s Air Quality Control Act to allow the New Mexico Environment Department (NMED) to deny a permit application or revoke an existing permit on the basis of an operator’s poor compliance history.

“Under current law, even if the person applying for an air permit has a history of clear disregard for state and federal regulations, the Environment Department and local agencies must issue them an air permit,” Chandler said. “HB 76 rewards businesses who invest in protecting air quality by ensuring those who do not are held accountable. The result will be more responsible corporate citizens in the state with cleaner air and better health for New Mexicans.”

NMED’s Environmental Protection Division Director Sandra Ely, speaking in favor of the bill, told committee members that NMED is currently required to issue air quality permits “even if an applicant is a convicted environmental felon.”

A representative from the New Mexico Oil and Gas Association spoke in opposition of the bill, but did not offer any comments as to why. The Independent Petroleum Association of New Mexico also opposed the bill, over concerns that it would give the Environmental Improvement Board “broad” power to deny an application.

The New Mexico Chamber of Commerce also opposed the bill, arguing that it would be used to “substantially delay air permit applications and further increased costs to businesses that are seeking to obtain air permits in New Mexico.”

Environmental groups, including Earthworks, Sierra Club and the New Mexico Environmental Law Center (NMELC), spoke in support of the bill.

Republicans on the committee expressed concern that the bill would hurt operators and reduce the state’s competitiveness in oil and gas operations.

“Texas is our biggest competitor. They’re booming, they’re bringing in businesses right [and] left, and we’re trying to attract businesses so we’re in a competitive situation with Texas, Oklahoma, Colorado, Utah and Arizona,” said Rep. James Strickler, R-Farmington. “I believe, from what industry is saying—industry opposes this bill because it’s too broad.”

“Is this bill similar to Texas?” he asked. “It’s really important that we want to kind of be similar. Texas is a business-friendly state and we need to be as well.”

Ely responded that Texas’s regulators have similarly broad authority to deny permits. Chandler added that her bill is actually more narrow in scope than the Texas law.

The bill passed the committee 7-4, with all of the committee’s Republicans voting against it. It heads to the House’s committee on State government, election and Indian Affairs next.