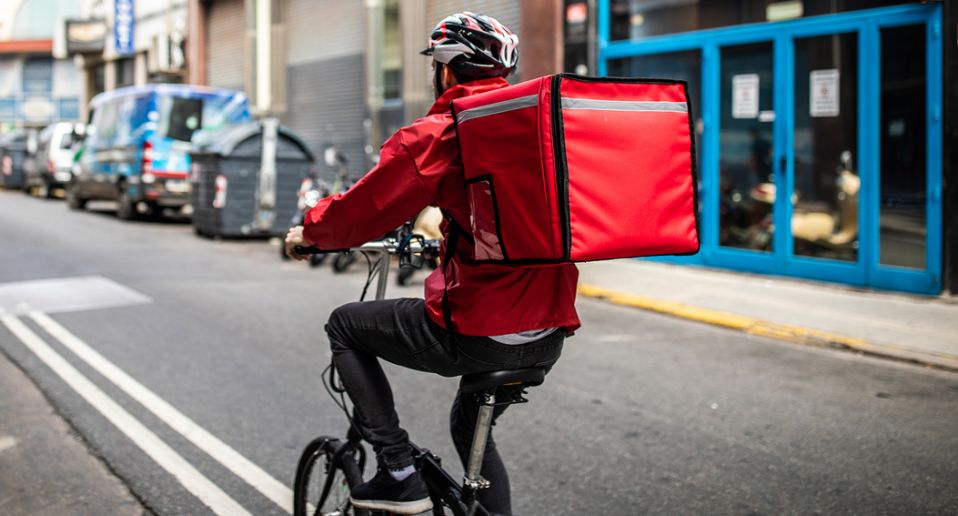 Restaurant workers will soon be eligible for much-sought COVID-19 vaccines, Gov. Andrew Cuomo announced Tuesday — a day after saying expanding the pool wasn’t feasible in response to a question from THE CITY.

Among the restaurant industry personnel who will be able to make vaccination appointments: food delivery workers, including those who work for apps such as DoorDash, THE CITY has learned.

Sergio Ajche, a delivery worker in Manhattan and a member of Los Deliveristas Unidos, welcomed the new directive.

“It really makes me feel good for our work to finally be recognized as essential. Little by little, people are waking up to all the hard work that we do,” Ajche told THE CITY.

At a press briefing in Manhattan, Cuomo said local governments now have the option to add restaurant workers — along with taxi drivers and developmentally disabled individuals living in facilities — to the current categories of New Yorkers eligible for vaccines.

They will be joining health care workers, first responders, teachers, grocery clerks and other essential workers, as well as New Yorkers age 65 and older.

“I’m leaving it up to the local governments to make a determination of what fits their situation best,” Cuomo said.

The de Blasio administration is looking at whether to add restaurant workers to the city vaccination eligibility list.

It also reverses his position from Monday, when in response to a question from THE CITY he refused to commit to adding restaurant workers to the vaccination priority list.

He added: “It’s a cheap, insincere discussion. Yes, I would like to see restaurant workers eligible, makes total sense. But what does eligibility mean when you don’t have the supply necessary?”

On Tuesday, Cuomo noted that a new increase in New York’s expected supply of doses from the federal government made it possible to include restaurant workers. “There is more flexibility in the system,” he said.

Delivery workers whose runs are fueled by app-based services straddle gray territory when it comes to employment. They are neither restaurant employees nor employees of tech companies — like DoorDash or Seamless. Instead, the deliveristas are considered independent contractors.

Ajche, 37, and fellow delivery worker Williams Sian, 28, didn’t hesitate about whether they’ll get the COVID-19 vaccine once appointments become available.

“Yes, absolutely. Anything that prevents the spread not just among us deliveristas but to the general population, since we interact with so many people every day,” said Sian.

New York City’s restaurant industry is home to a large share of immigrants, like Ajche and Sian. In the Queens neighborhoods of Elmhurst and South Corona — the early epicenter of the pandemic — immigrants made up 90% of the restaurant workforce.

While making up 27% of the city’s workforce overall, Hispanics comprise 44% of the restaurant industry in the five boroughs, according to a fall report from state Comptroller Tom DiNapoli.

Hispanic New Yorkers continue to be pummeled by the coronavirus pandemic, accounting for the city’s largest share of COVID-19 cases, hospitalizations and deaths.

Cuomo’s vaccine expansion comes just days after City Hall released demographic data showing vast racial disparities among who is getting the shot. Despite Black and Hispanic New Yorkers dying of COVID-19 twice as often as white New Yorkers, they trail when it comes to getting vaccinated.

Of the roughly 300,000 New York City residents who received at least one vaccine dose and whose race was recorded, 48% are white, 15% are Asian, 15% are Latino and 11% are Black, according to city health data. Black and Latino New Yorkers make up 29% and 24% of the population of the five boroughs.

The New York Hospitality Alliance, which represents the industry, has been pleading with state and local officials for a lifeline to help the ailing dining industry.

Andrew Rigie, the executive director, lauded the addition of restaurant workers to the eligibility list. He said his organization “is ready and willing to support vaccine education and outreach to the restaurant community immediately upon its availability to these essential workers.”

Earlier Tuesday, Mayor Bill de Blasio said the state should “absolutely” include restaurant workers on the vaccine eligibility list given the Cuomo administration’s decision to re-open indoor dining in the city. Restaurants in New York outside the five boroughs have been open with a 50% limit on capacity since the summer.

“The restaurant workers now are going to be in enclosed places with people eating and drinking. And every doctor on this line or any place else will say, that’s an area of concern. We have to protect the people working in our restaurants. So now that the state has made this decision, it follows that we have to protect those workers,” the mayor said.

City Hall is reviewing whether to take the governor up on his offer to expand the eligibility list.

“We’re glad that the discussion around expanding eligibility for more New Yorkers continues to move forward. We need as many New Yorkers to be vaccinated as quickly as possible and the City is looking at these new allowances,” Bill Neidhardt, a de Blasio spokesperson, said in an email.

“This is a victory that was won in the streets by app-based food delivery workers who are rising up to defend their rights and demand essential protections,” she said in a statement.

She added: “Food delivery workers…serve a crucial, irreplaceable role in the city’s recovery — without them, no one eats and the restaurant industry falls apart.”