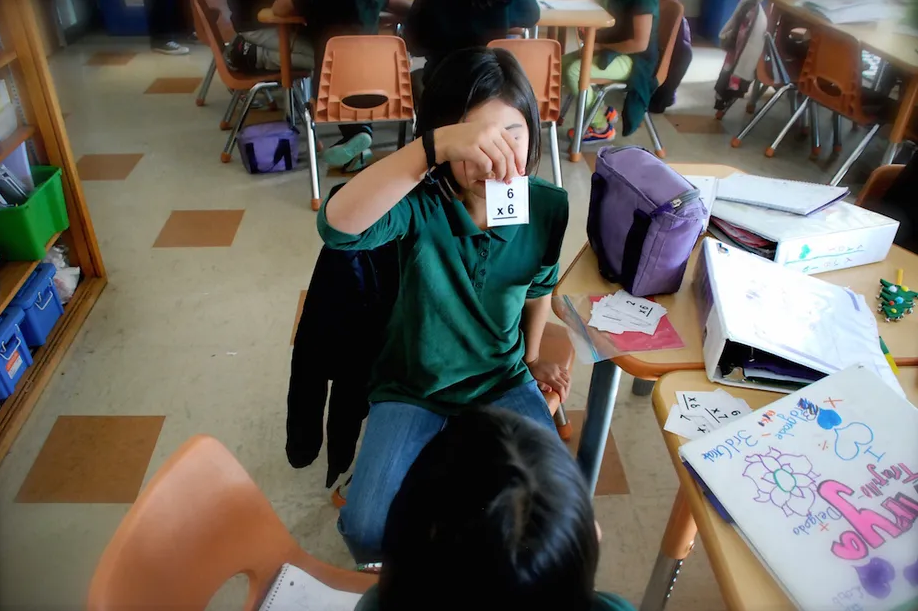 The study, commissioned last year by the Colorado Department of Education’s Schools of Choice Unit, identified such screening questions as one reason for the lower enrollment. Even when schools don’t use the question to screen out prospective students, advocates fear parents will be deterred. They might think a school isn’t prepared to serve their child — or doesn’t want to.

The state has convened a working group to improve charter school practices and propose rule changes, but it hasn’t mandated any changes yet.

The complaints filed with the U.S. Department of Education’s Office for Civil Rights identify 29 Colorado charter schools that ask a question about disability status in their application. The federal office has opened investigations into all of them.

Emily Harvey, education team leader and an attorney with Disability Law Colorado, which brought the complaints, said the law firm is seeking applications from more Colorado charter schools that may ask similar questions.

The applications vary by school and may ask if the applicant receives special education services or has services and accommodations spelled out in what are known as an Individualized Education Plan or a 504 plan. Some schools ask applicants to provide copies of the plan, or ask if the student has mental health or behavioral challenges.

“Not every school will be the right location for every student, but they shouldn’t be asking that before they admit a student,” Harvey said.

Charter schools are publicly funded nonprofit organizations run by their own boards. They have more autonomy in their programs and staffing than district schools, but they have to follow the same laws as other public schools when it comes to serving students with disabilities, including not discriminating in admissions. The U.S. Department of Education underscored this point in a 2016 memo.

Even asking the question before admitting a student is discriminatory, Harvey said, unless the school gives a preference to students with disabilities. She’s heard stories from many families that suggest some students are screened out.

“We’ve had situations where siblings apply and one sibling has a disability and another doesn’t, and one is extended an enrollment opportunity and another isn’t,” Harvey said. “We can’t say for sure that was why the charter school didn’t accept them, but it’s happened often enough that we wonder if it is the screening process.”

Harvey has asked federal investigators to look at whether the charter schools that ask screening questions serve a lower percentage of students with disabilities than other schools in their communities. The first 29 schools named in complaints enroll students with IEPs at rates that range from 3% to 19.6%, according to state data.

Lauren Morando Rhim, executive director and co-founder of the Center for Learner Equity, said there are many reasons some charter schools enroll fewer students who need additional services. Those range from how districts allocate money for those services to how charter schools think about their mission.

In some cases, contracts between districts and charter schools restrict which students charters can serve. In other cases, charter school leaders may put higher priority on following a certain educational model than on accommodating students.

“There are districts that are sitting in the IEP meetings and saying we’ve already got a program for that child, it doesn’t make sense resourcewise to say we’re going to develop a program for a single child [at a charter school],” Morando Rhim said. “And then we’ve seen charters say, ‘This is our program, and you’ve got to fit in our program.’”

Alex Medler, executive director of the Colorado Association of Charter School Authorizers, who highlighted the issue in a recent blog post, said some charter leaders need to change how they think about their mission.

At the same time, the reasons charter schools don’t enroll more students with disabilities are complex, Medler said, and many schools are working to improve both their programming and how they communicate with families.

Chalkbeat reached out to the schools named in the complaints. Those who responded all said they had no intent to discriminate, and the reason they ask about disability is to prepare for incoming students. Some had already removed the question from their application and added anti-discrimination language to their websites. Others said they were working to better understand when in the process they should ask for information about accommodations and specialized learning plans.

In an email, Lisa Gonsalves, executive director of Independence Academy Charter School in Grand Junction, said the complaint had highlighted an area where the school could improve. Last year, 6.1% of students had an IEP.

“While Independence Academy Charter School has always been open to all students, we are diligently working to improve our application processes and procedures to reflect our school’s dedication to educating all students in the state of Colorado,” she wrote.

Casey Simpson, director of Southwest Open School in Cortez, said she removed the question as soon as she got the complaint, but noted the school has limited resources as a small alternative campus for students who have struggled in other settings.

“Specifically, we have one [Exceptional Student Services] teacher and no paraprofessionals, thus our campus may not be the ideal placement for an ESS student with high needs,” she wrote in an email. “In this case knowing as much about the incoming student helps us to evaluate whether our school would be the best fit, or capable of providing the services detailed in a 504 or IEP.”

Still, 16.7% of Southwest Open School students in 2020 had an IEP, well above the state and district average.

Don Knapp, who heads the Pikes Peak School of Expeditionary Learning in Colorado Springs, said it was frustrating to be the subject of a complaint when his school frequently enrolls more students with IEPs than do district-run schools. Last year, 11.6% of students had an IEP, a percentage point higher than District 49, the school’s authorizer, according to state data.

Students are accepted on a first-come, first-serve basis, and Knapp couldn’t recall a time he had turned away a student due to a disability — though there have been times that teachers, school administrators, and parents decide at an IEP meeting that a student would be better served at another school, for example at the district’s center-based program.

At the same time, Knapp said he recognizes the larger issue.

“If it’s making sure other schools are not discriminating, I’m fine with it,” he said. “The last thing that charter schools should want is only accepting certain kinds of students.”

Harvey said she’s pleased that so many schools have made changes quickly and hopes larger changes are on the way. Currently, state guidance encourages charter schools to determine whether they can serve prospective students with special needs “during the pre-enrollment admissions process,” endorsing the very process the federal government prohibits.

A change to that language could come before the State Board of Education as soon as November, said Bill Kottenstette, director of the Schools of Choice Unit within the Colorado Department of Education.

Kaci Coats, director of exceptional student services for the Colorado League of Charter Schools, has worked with schools to improve how they serve students with special needs for more than a decade, going over everything from educational programming to website language to what messages the front office staff give to interested parents.

“Most schools are trying to serve this population and are very open to doing this work,” she said.