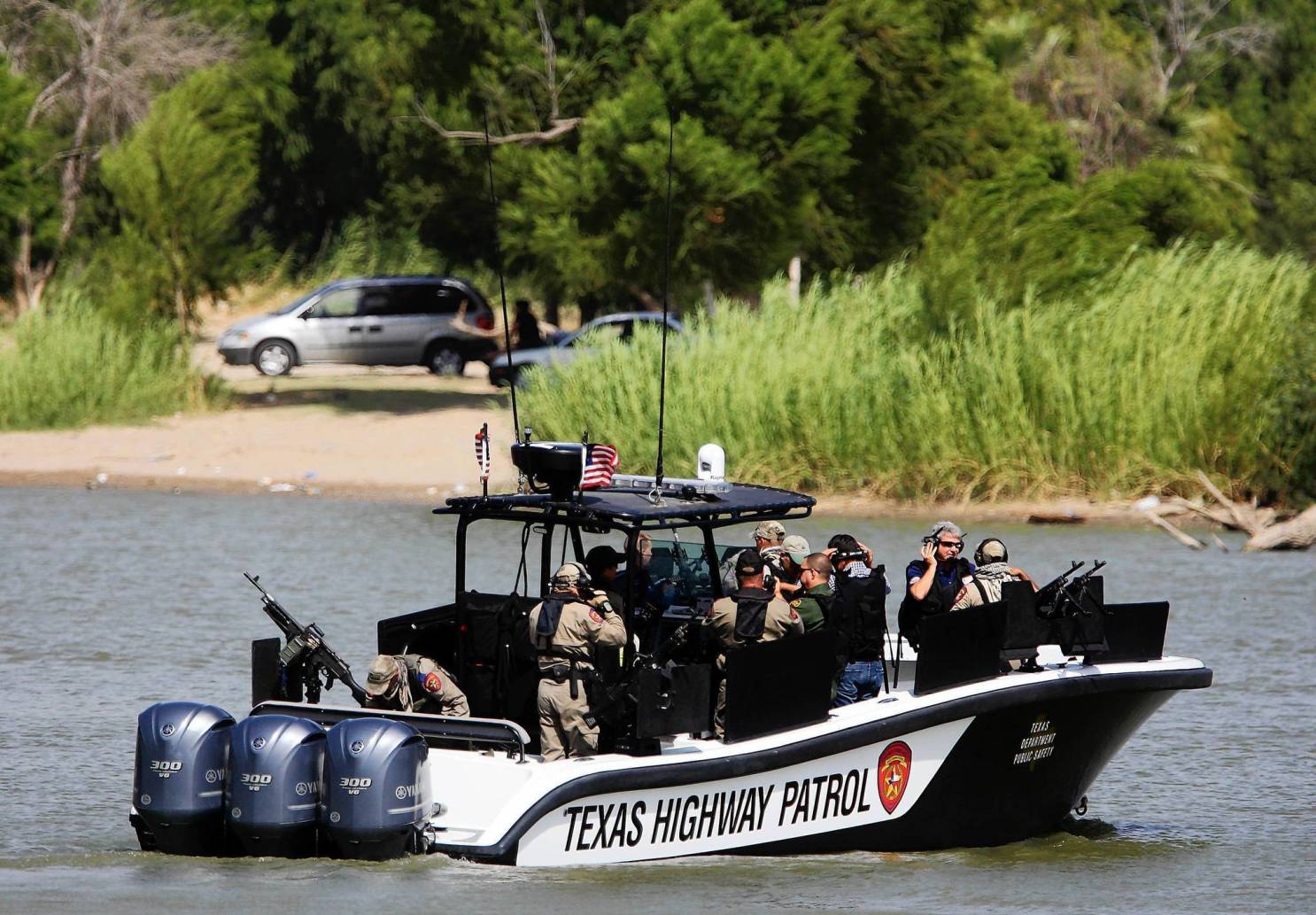 Texas officials said Thursday they’re worried about dramatic spikes in drug overdose deaths in some areas of the state as illegal border crossings and drug trafficking have picked up since President Joe Biden took office.

“We’re heading for a 50 percent increase in overdose deaths in Tarrant County alone,” Waybourn warned, noting that the amount of drugs flooding into Tarrant County has skyrocketed even with DPS intervention.

Since January, federal agencies have seized 2,200 pounds of fentanyl in Texas, McCraw says, and DPS has confiscated 95 pounds, more than 21 million lethal doses, compared to 11 pounds it confiscated last year.

At the news conference, Abbott announced he’s about to sign a law that creates a new criminal offense for the manufacture or delivery of fentanyl. The punishment begins as a third-degree felony, “which will make this law one of the toughest drug laws in Texas,” he said.

The legislature also appropriated more than $1 billion to fund DPS efforts to secure the border.

Abbott said since January, DPS has arrested 1,100 criminals and apprehended 33,000 illegal immigrants, who have been referred to U.S. Customs and Border Patrol.

The work that DPS has done in the last few months “is greater than ever before, and Texas is safer because of their efforts,” Abbott said.

The news conference was held just days after Uvalde Mayor Don McLaughlin told Fox News that Biden’s border policy has resulted in a crime spree that endangers everyone.

“We’re having to lock down our schools … about once a week, because almost every one of those cars has armed” occupants, he said.

Uvalde is located a few hours from the Texas-Mexico border.

McLaughlin criticism didn’t end with the Biden administration. He said he’s contacted Texas Republican leaders at the state and federal level and no one has returned his calls, including Abbott and both U.S. Senators, Ted Cruz and John Cornyn.

“I can’t get my own senators to call me back. As an elected official, I cannot get a call back,” he said.

Abbott did not address their remarks in today’s press conference.

Attorney General Ken Paxton explained in a town hall meeting with law enforcement on Tuesday that because of U.S. Supreme Court Justice John Roberts siding with liberal justices in the 2012 case, Arizona v. United States, Texas, Arizona and other border states have limited capabilities to defend themselves when the federal government violates its own immigration law.

Abbott created Operation Lonestar, directing Texas DPS, Texas Rangers and Texas National Guard to protect Texans against increased crime, but they are prohibited by federal law, and the Supreme Court, from arresting people who enter the U.S. illegally. They can arrest individuals based on probable cause, for committing a crime, and those who are known, wanted criminals. But they have no statutory jurisdiction to arrest, detain or deport illegal immigrants.

Texas, which has sued the federal government more than any other state this year, primarily over immigration, Paxton said, is looking for ways to challenge the Supreme Court’s ruling in Arizona v United States. Arizona had enacted a law that made it illegal to live and work in the state for those who entered the country illegally. The law also authorized law enforcement to arrest such individuals. The Supreme Court ruled Arizona could not enact its immigration law even when the federal government chooses not to enforce federal immigration law.