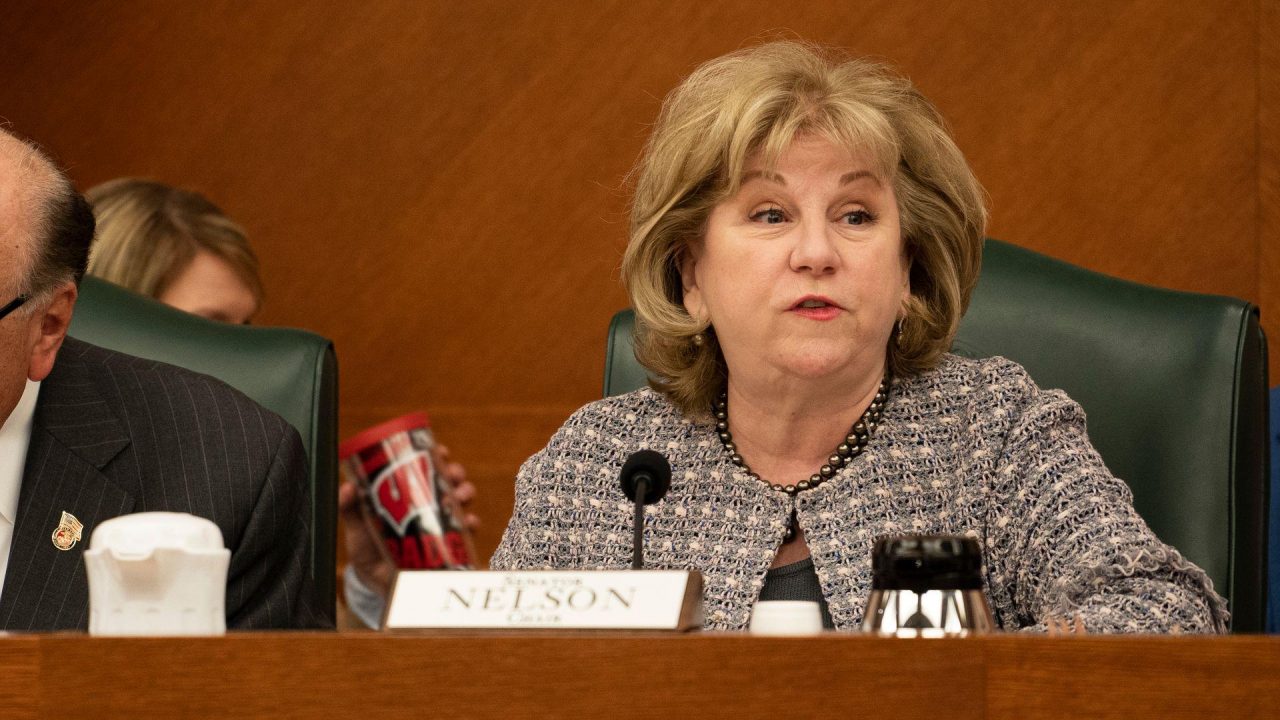 Nelson has been the top budget writer in the Senate and is the most senior Republican in the chamber.

“It has been a great honor to represent our community in the Texas Senate,” Nelson said in a statement. “I promised to listen, work hard, and deliver results and have strived to fulfill that pledge. Our accomplishments have improved the lives of Texans, which makes me proud.”

Nelson has served in the Senate since 1993. She has chaired the budget-writing Senate Finance Committee for the past four sessions.

When Nelson was first appointed to lead the committee in 2014, she became the first woman tapped to lead a standing budget-writing panel in the Legislature’s history.

Nelson represents Senate District 12, a Republican-friendly district that wraps around the northern suburbs of Dallas-Fort Worth.

In the statement, Nelson did not offer a reason for deciding against a reelection campaign but suggested she would stay involved in state issues.

“As this chapter closes, you can count on me to keep working to build a better Texas,” she said.

The news of Nelson’s retirement prompted a laudatory statement from Lt. Gov. Dan Patrick, the Senate’s presiding officer. He called her the “finest Finance chair in Texas history” and said that he has asked her to stay in that role through the end of the year. Her term as senator ends in January 2023.

“As Senator Nelson looks to pass the torch, we must focus on having a proven conservative fighter represent North Texas,” Patterson tweeted. “I ask for your prayers over the coming days and weeks as I strongly consider running for the Texas Senate.”