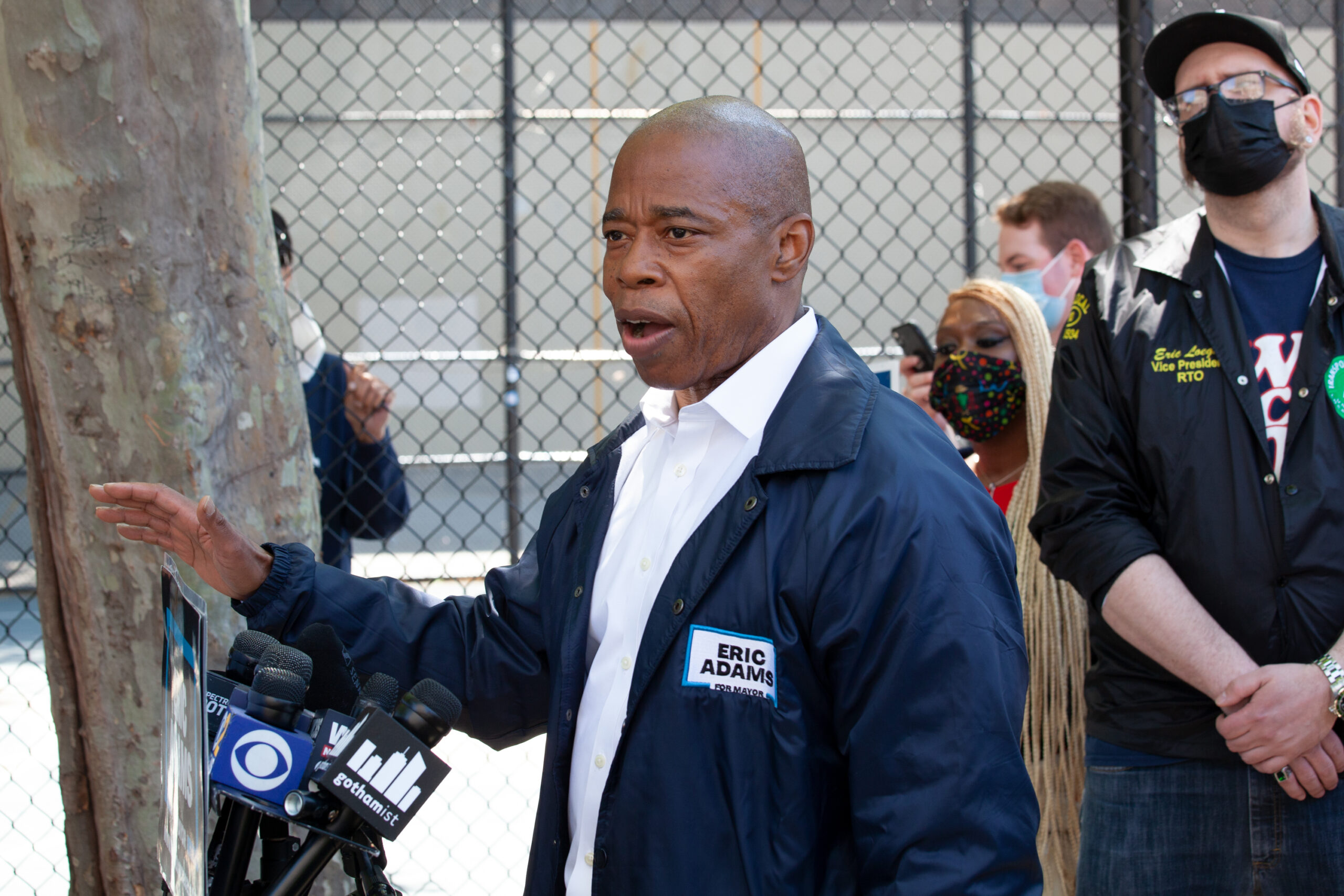 The billionaire who bought the priciest residence in the country on Central Park South is now spending some of his wealth to elect New York City’s next mayor — splitting $1 million between groups supporting Andrew Yang and Eric Adams, state records show.

Kenneth Griffin, a hedge fund manager mostly based in Chicago, stunned the city with his 2019 purchase of a $240 million Manhattan penthouse — still the most expensive home ever bought in the five boroughs.

He’s joined in backing the Adams and Yang independent expenditure groups by investor and charter school backer Daniel Loeb, who gave half a million dollars to each. Loeb has gained local notoriety for racially charged public statements.

They also gave to Strong Leadership NYC, a super PAC that supports Adams and is led by Jenny Sedlis, who took a leave of absence from her role as the executive director of the charter schools advocacy group StudentsFirstNY.

Both Smith and Sedlis declined to comment but have said their goal is to raise $6 million apiece for their respective efforts, which under the Supreme Court’s Citizens United decision can spend on candidates’ behalf but may not coordinate with their campaigns.

The spending is not subject to donation or spending limits that apply to contributions to campaigns participating in the city’s public matching-funds program.

But such sums are rivaled by the escalating independent-expenditure arms race.

With less than five weeks before early voting begins for the election, groups allowed to raise money without limits are snowballing support from the uber-elite. Donors also include billionaire investor and progressive Democratic backer George Soros, who this week gave $1 million to ColorofChange PAC, which is supporting Maya Wiley.

Out of the eight leading mayoral candidates, only Kathryn Garcia and Dianne Morales lack independent spending groups to bankroll ad campaigns and other promotional efforts — a distinction Morales pointed out in the first official Democratic primary debate last week.

With the advent of ranked choice voting, in which a voter can list up to five candidates, some donors are already ranking mayoral candidates by spreading their dollars to more than one, THE CITY has reported.

Adams and Yang have been trading the top spots in recent polls. Loeb’s donations show he is “hedging” his bets, tweeted political consultant Neal Kwatra, who is involved with the pro-Adams PAC Hotel Workers for Stronger Communities.

“When you’re really rich you get to pick 2 candidates for Mayor, that’s how democracy works,” he tweeted sarcastically.

Griffin, who founded investment firm Citadel, donated from an address in Chicago, state Board of Elections records show. He has given to both Republicans and Democrats, including Gov. Andrew Cuomo, and is an avowed patron of the arts and art collector. A spokesperson for Griffin did not return a request for comment.

Loeb, who is based in the city, previously served as the chair of the board of Success Academy Charter Schools network, which Sedlis co-founded.

But he stepped down in 2018, almost a year after he ignited furor over a Facebook post in which he accused New York Senate Majority Leader Andrea Stewart-Cousins as inflicting “more damage to people of color than anyone who has ever donned a hood,” alluding to the Ku Klux Klan. He later apologized, but other racially charged remarks dogged him.

Adams has aligned with charter schools in fights with the de Blasio administration.

Yang, whose own money helped fund a Manhattan charter school, said he’s open to increasing the number of charter schools allowed to operate in the city, but has emphasized that they should not take preference over public schools, and vice versa. He also had criticized the teachers union for slowing down the reopening of schools during the pandemic.

NY4Kids, the PAC funded by the United Federation of Teachers’ parent union, has raised $1.5 million from union groups in support of candidate Scott Stringer.

Loeb and Griffin aligned their contributions beyond the PACs supporting Adams and Yang: They also partnered with Margaret Loeb and along with Citadel Securities CEO Peng Zhao — who donated a quarter million dollars to Comeback PAC —  to fund a voter education effort. The four of them gave $1.5 million total toward a nonpartisan outreach campaign by the NAACP, the Asian American Federation and the Hispanic Federation to increase turnout by voters of color in the mayoral primary.

Next Up: Public Funds

Following the targeting of Yang and Adams by fellow Democrats during Thursday’s debate, the two presumed frontrunners are now taking aim at one another.

Yang this week called for the city Campaign Finance Board to investigate Adams’ fundraising practices, citing instances of ethical boundary-pushing as laid out in a recent New York Times investigation. Adams, in turn, asked the board to probe Yang’s campaign — charging improper use of Yang’s foundation to get past fundraising rules.

“There is a new corporate interest in elections,” he said. “It’s one reason why I’m such a huge fan of the donor-matching program.”

Eligible candidates are poised to get another influx of public matching funds next week. So far, Stringer, Yang and Adams’ campaigns have indicated they would be eligible for those new funds.