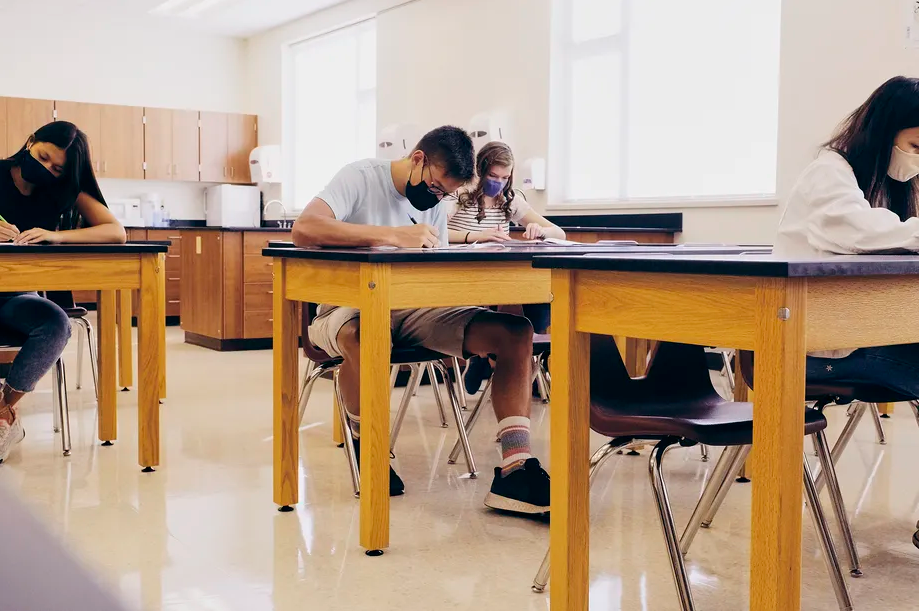 Test scores of American students are stagnant or sliding, and the gap between the highest and lowest performers is growing, according to new national data.

The new scores are from the long-running National Assessment of Educational Progress, a federally administered test given in early 2020, just before the pandemic upended schooling and derailed student learning. The flat scores and widening gaps between 2012 and 2020 are the latest evidence that the last decade was a period of test-score stagnation nationwide.

This and other tests “tell a remarkably consistent story,” said Marty West, a Harvard professor and member of the board that oversees the design of NAEP. “Our students have made substantial gains in math and reading achievement over the long run, but those gains plateaued around 2010 and since that time we’ve seen signs of a modest decline.”

The results underscore the challenges U.S. schools were facing even before the pandemic, and might bolster calls for schools to not simply return to “normal.”

But researchers warn that NAEP results are difficult to interpret and can’t easily be used to say which policies have been more or less successful. To date, researchers don’t have any clear explanations for the widening gap in student learning.

“It is now well established that our lower-performing students are falling behind their peers,” said Department of Education associate commissioner Peggy Carr. She said she hopes education researchers will examine the results more closely. “We’re all pondering, and there’s no clear answer as to what might be going on.”

The latest results come from NAEP long-term trend assessment, which has been administered since the early 1970s. This exam is separate from the main NAEP, which breaks down results by state and for a number of cities.

For the long-term trend test, a representative sample of 9- and 13-year-olds from across the country were tested in math and reading in early 2020. (The test for 17-year-olds was cancelled because of the pandemic.)

Scores for 9-year-olds did not budge. But since the test was last given in 2012, 13-year-olds’ scores fell in both reading and math — the first time in the nearly 50-year history of the exam that those scores declined.

The results imply that while the vast majority of 13-year-olds could interpret a bar graph, many struggled to compute the area of a square or turn an improper fraction into a decimal.

The gap between the highest and lowest performing students also grew substantially. The highest achieving students’ scores were flat, while scores for lower achievers declined sharply.

Test score gaps by race generally didn’t change much, except in math at age 13, where the difference between Black and white students grew.

The one piece of good news: Scores were still higher, often substantially so, than they were in the 1970s when the test was first given. Gains since then have been greatest among Black and Hispanic students.

“It tells us that decline is not inevitable,” said West. “Over the long run, there’s plenty to celebrate.”

Virtually none of these new results are surprising — similar trends have shown up on other recent NAEP tests and international assessments. But there has been little if any research attempting to explain the widening gaps in the years since that trend emerged.

Surveys from the NAEP did produce one discouraging potential explanation: the share of students who regularly read for fun dipped substantially in both age groups. In 2012, 27% of 13-year-olds said they read for pleasure almost every day; by 2020, that had fallen to 17%, an all-time low.

While results of standardized tests like NAEP are strongly influenced by schools and teachers, they’re influenced by a host of other factors, too. Research shows that family income and wealth have a direct affect on students’ academic success.

“They’re really assessments of our society’s ability to promote student achievement, rather than that of the education system on its own,” said West.

More NAEP results are coming relatively soon. A different group of 9-year-olds will sit for the exact same test later this school year in an unprecedented effort to allow for direct comparisons of student achievement before and after the pandemic shuttered schools. The idea emerged from conversations between West and Harvard testing expert Andrew Ho, who previously served on the NAEP board.

“We realized that the 9- and 13-year-olds who had been measured just before the pandemic set up a really useful baseline for a question we’re all asking,” Ho said. “What have been the effects on learning?”

This article was originally posted on Test score gaps between America’s high and low achievers widened pre-pandemic. No one’s sure why.