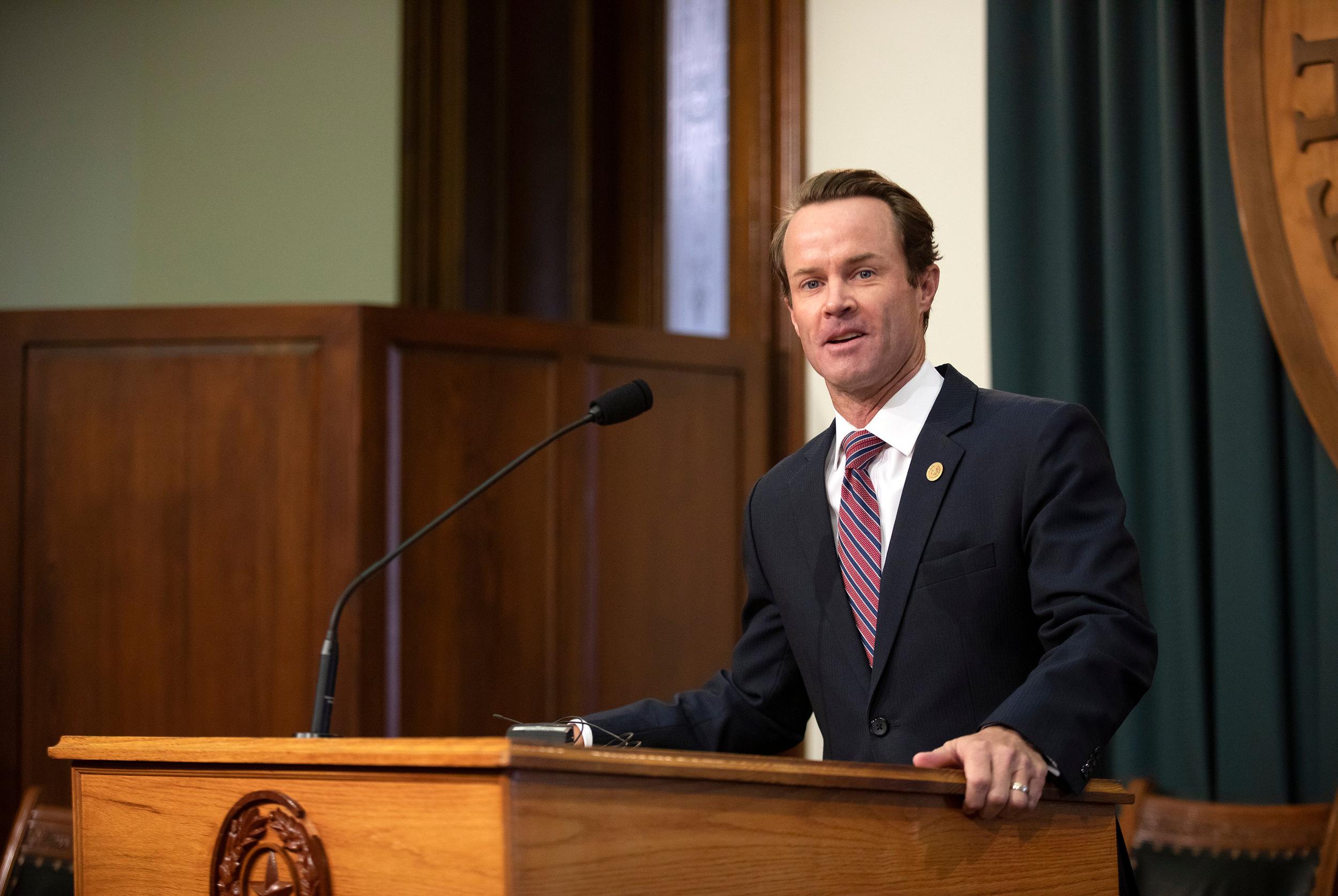 The Texas House has the votes to pass legislation that would restrict transgender student athlete participation in school sports, House Speaker Dade Phelan said in an interview at The Texas Tribune Festival on Friday.

Three times this year — in the regular session and in two subsequent special sessions — legislation targeting transgender student athletes sailed through the Senate only to falter in the House.

In the TribFest interview, Phelan noted that House members have signaled their support by signing on as authors. In the last special session, 75 representatives signed on as either sponsors or authors of the House’s version of the transgender sports bill. The House requires a majority of members to pass a bill, which is 76 members.

“One author in particular has close to 80 coauthors on the bill, so the votes are there on the House floor,” Phelan said.

Legislators convened this week for a third special session to take up priority items on Gov. Greg Abbott’s agenda, which is primarily focused on redistricting but also includes the legislation requiring student athletes in K-12 public schools to play on sports teams that correspond with their assigned sex listed on their birth certificate at or near the time of their birth. The legislation, which has been continuously opposed by LGBTQ advocates, targets transgender youth, barring them from playing on teams that are consistent with their gender identity.

The University Interscholastic League of Texas, which governs high school athletics in Texas, already uses birth certificates to confirm the gender of students. However, it will also accept modified birth certificates that may have been changed to align with a student’s gender identity.

On Wednesday, the Senate passed its version of the legislation again, Senate Bill 3, authored by state Sen. Charles Perry, R-Lubbock.

Phelan said he does not yet have assurances whether the bill will make it through committee to get to a House floor vote.

In the regular session, House Public Education Committee Chair Harold Dutton, D-Houston, advanced the bill to the floor for a vote, but in the most recent special session he blocked it.

“The votes are there on the House floor to probably pass the legislation as it stands now,” Phelan said. “It will go through a committee process, it will go through [the] calendars [committee] like everything else. Like any other piece of legislation, it’ll be incumbent upon the author to make the case throughout the process, and we’ll see if it makes it to the House floor.”

In previous years, Phelan has publicly denounced legislation targeting LGBTQ Texans, which helped gain him favor with Democrats as he made his case for Speaker of the House. During the last days of this year’s regular session, however, he signaled support for legislation that would target transgender youth.

This is not the first time legislation directed at transgender Texans has spilled over to a special session. In 2017, the so-called “bathroom bill,” which was a major legislative priority for Lt. Gov. Dan Patrick and would’ve limited transgender people’s use of certain public facilities, failed to become law during the regular session or a summer special session. Other controversial legislation, such as permitless carry that allows Texans to carry a firearm without a permit, have repeatedly come up during legislative sessions over the years as well.

“You go back to permitless carry, it took a decade to get it actually to the House floor,” Phelan said. “So, sometimes these issues that are very controversial take more than one session.”