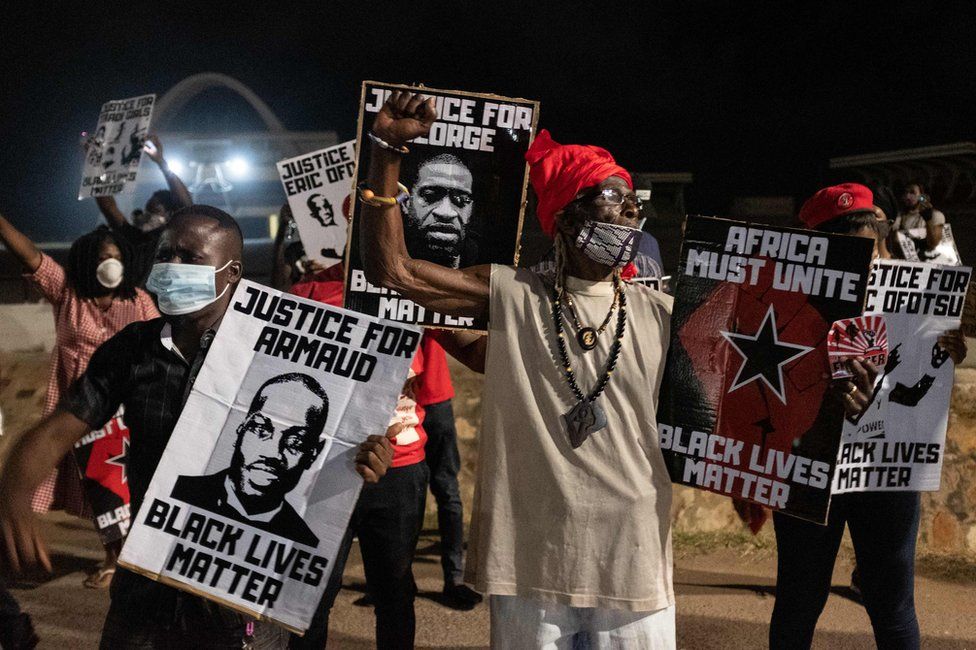 The Texas House’s George Floyd Act is a sweeping police reform bill, named after a Black man killed by a white Minneapolis police officer last year, that would in part ban chokeholds and require officers to intervene if their partner is using excessive force. The longtime lawmaker who wrote it presented it as a measure to end systemic racism and protect Texans from police brutality.

But at the center of debate over the bill Thursday was an existing legal shield that protects officers from lawsuits when they’re accused of violating someone’s state constitutional rights. Police officials lamented that House Bill 88 could remove that protection, called qualified immunity. Bill author state Rep. Senfronia Thompson remained adamant that the measure is key to the legislation.

“This bill is not about punishing the good cops. There are many of them out there and we are thankful for their service,” the Houston Democrat told the House Homeland Security and Public Safety Committee. “This bill is about preserving the sanctity of life.”

The qualified immunity measure is a piece of the bill that multiple lawmakers have pegged as a sticking point in the Republican-led Legislature, a point that was spotlighted Thursday as passions rose in support and opposition of it.

“Qualified immunity is a loophole for police officers, but victims have no loophole. This has got to stop,” said Marian Tolan, whose son, Robbie, ultimately won a drawn-out legal fight against qualified immunity after being shot in front of his home by Bellaire officers in 2008.

“This bill must pass and qualified immunity needs to stay in it,” Tolan told lawmakers.

Police officials were the main opponents of removing qualified immunity, a court-established protection intended to prevent government employees from frivolous litigation. Their opposition to that measure came even while some accepted other provisions of the bill, like implementing a statewide policy on police force. Union leaders argued Thursday that removing qualified immunity would prompt police to quit in droves and put all blame on individual officers for any wrongdoing, even if officers were following policies enacted at the city level.

“I don’t see anything in here that says the mayor is going to suddenly be responsible for action,” said Charley Wilkison, the executive director of the Combined Law Enforcement Associations of Texas. “This is going to be aimed at the shift worker.”

After more than six hours of testimony from the dozens of people Thursday — the vast majority of whom supported HB 88 — lawmakers left the matter pending without voting on the bill.

Last summer, Texas Republicans, including Gov. Greg Abbott, condemned Floyd’s death in police custody and suggested Texas pass a bill in his name, as has been filed. But Abbott and other Republicans largely stayed quiet on the state’s own problem with police killing Black residents. Since last fall, Abbott has turned his attention away from policing reforms and is instead focusing on maintaining police funding.

A spokesperson for the governor did not respond to a question about HB 88 Thursday.

Until the recently renewed nationwide criticism of American policing and its disproportionate harm against Black people, qualified immunity garnered little public attention. But its use has long been prevalent in the courts.

Last month, a conservative federal appeals court dismissed a lawsuit against two Texas police officers, citing qualified immunity. That suit stemmed from a 2017 incident during which Arlington police officers responded to a mental health crisis and encountered a suicidal man who had doused himself in gasoline. The officers acknowledged that Gabriel Eduardo Olivas could be set ablaze with electricity, but they tased him anyway. Olivas was engulfed in flames and died several days later.

Olivas’ family had turned to the civil courts, arguing the officers violated his constitutional rights, as the officers faced no criminal charges and the Arlington Police Department defended them.

The U.S. Supreme Court created qualified immunity protections about 50 years ago, and it has been used in recent years to block thousands of lawsuits seeking to hold police accountable in cases where they are accused of excessive force, according to a Reuters investigation.

To move forward with a civil rights violation lawsuit against a police officer, courts must first decide if there is enough evidence to prove that officers used unconstitutional force against a person. If a judge rules the action was likely excessive force, the court must then find that officers should have known they were breaking clearly established law, meaning another court had already found similar police actions were illegal. The hurdles have been labeled by qualified immunity critics as a Catch-22 and nearly impossible to overcome.

“What qualified immunity is, and why everyone is outraged, is because even if your constitutional rights are violated, qualified immunity still exists” Arif Panju, the managing attorney for the Institute for Justice in Texas, told lawmakers.

With notable pushback to completely removing qualified immunity protections for officers, Panju suggested taking liability off the individual and placing it on the employer, who would then have a financial incentive to hire the best people, he said.

Last year, Floyd’s death prompted national protests against police brutality and systemic racism. Since then, multiple state legislatures and the U.S. Congress have pushed for police reforms in Floyd’s name. A congressional bill, which has passed the House but appears stalled in the Senate, would also change federal qualified immunity and make it easier to prosecute officers accused of wrongdoing.

“It’s really hard to imagine that our difficulties recruiting and retaining officers could get any worse than it could now,” he said. “Getting rid of qualified immunity would make it exponentially worse.”

But Thompson, the Houston Democrat, held firm on her bill’s language, telling reporters Thursday evening that police officials will always find something on police reforms to oppose.

“Qualified immunity is a problem, we need to keep it in the bill,” she said.

This article was originally posted on Texas’ George Floyd Act seeks to reform violent police behavior. But a sticking point centers on protecting officers from lawsuits.