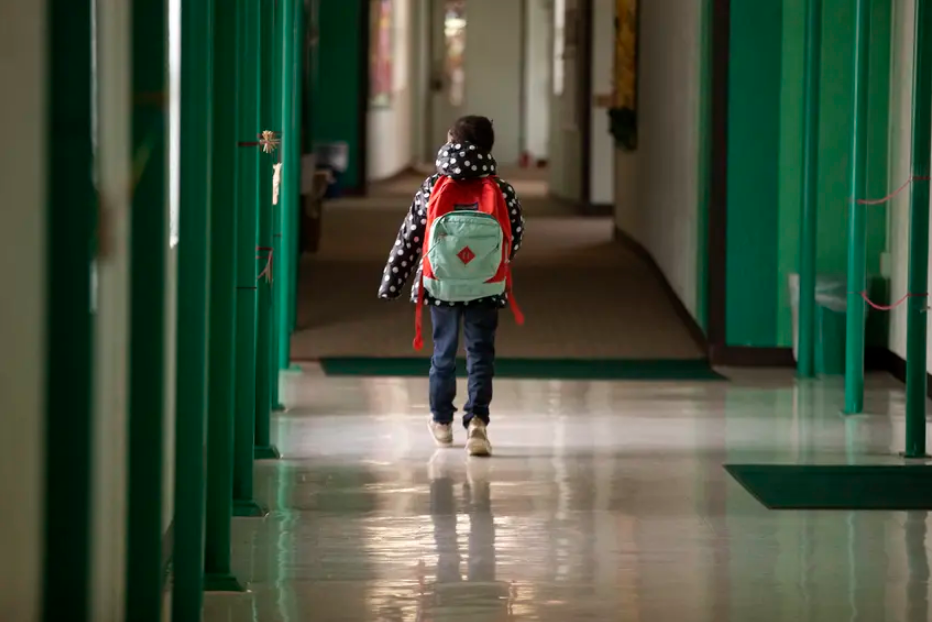 The Texas House has advanced legislation that would require K-12 school districts and open-enrollment charter schools to teach “informed American patriotism” through the founding documents of the U.S. starting in the 2021-22 school year.

The House passed House Bill 4509, by state Rep. Greg Bonnen, R-Friendswood, by a voice vote Thursday afternoon. It will need one more vote before it can be sent to the Texas Senate, which has already approved the similar Senate Bill 2026, authored by state Sen. Larry Taylor, R-Friendswood.

HB 4509 would, among other things, mandate that students study documents such as the Declaration of Independence, the Constitution and the Federalist Papers to promote understanding of the “fundamental moral principles” of the country.

Before voting on the bill Thursday, the House adopted an amendment proposed by Bonnen to include speeches by Frederick Douglass and Martin Luther King Jr.’s “I Have A Dream” speech as part of the required texts mentioned in the bill. That came after criticism that the bill initially focused on writings by white historical figures.

At a House Public Education Committee hearing last month, Bonnen said documents like the Constitution and Declaration of Independence captured “firsthand struggles, triumphs, challenges and beliefs” upon which America was founded.

“To ensure Texas students gain access to receive exposure to these founding documents, we must ensure these primary historic sources are incorporated into the state education curriculum across all grade levels,” he said last month.

But Maggie Stern, a youth civic engagement and education coordinator at Children’s Defense Fund, said at last month’s hearing that the curriculum should also highlight the contributions of women; Black, Native, Latino and Asian people; and other people of color in addition to the white Founding Fathers.

“In a state with a growing multiracial youth population, it’s particularly vital that this education is inclusive and relevant to all students,” Stern said. “Comprehensive civic education requires more than just memorizing facts without context or application. Civic knowledge is important.”

The approval of HB 4509 came only a few days after the Texas House gave final approval to House Bill 3979 amid pushback from education, business and community groups and multiple proposed amendments from Democrats. HB 3979 would limit what public school students can be taught about the United States’ history of racism and how racism has shaped systems within the nation. That includes limits on critical race theory. And critics of HB 3979 said some of its provisions would discourage students’ civic engagement.

While HB 3979 focuses on what teachers cannot teach, HB 4509 outlines what concepts must be taught, such as “the structure, function, and processes of government institutions.” The bill also lists the instructional materials students will be required to learn from, including the first Lincoln-Douglas debates and excerpts from Alexis de Tocqueville ’s “Democracy in America.”

Bonnen said at last month’s hearing that only 23% of Texans under age 45 can pass the civics test from the U.S. Citizenship and Immigration Services while 90% of immigrants can pass the test. He said founding documents make up the “historical truths surrounding America’s birth,” and they need to be incorporated into K-12 education.

The proposal comes after Gov. Greg Abbott asked lawmakers to prioritize expanding civics education in Texas during the 2021 session. Republican state legislators have proposed multiple bills to modify what children are taught in schools, including limiting the teaching of critical race theory and a greater emphasis on the country’s founding documents.

Michael Baumgartner is a representative of Civics 4 Y’all, a student-led advocacy group at St. Edward’s University working to provide young Texans with civic engagement opportunities. He said the founding documents are vital to learn, but civics education should also promote active citizenship and student activities outside of the classroom.

“Civics education should be about learning the history of our great nation and providing young citizens a place to discuss policy problems while being taught efficient ways to engage in the process of solving them,” Baumgartner said.