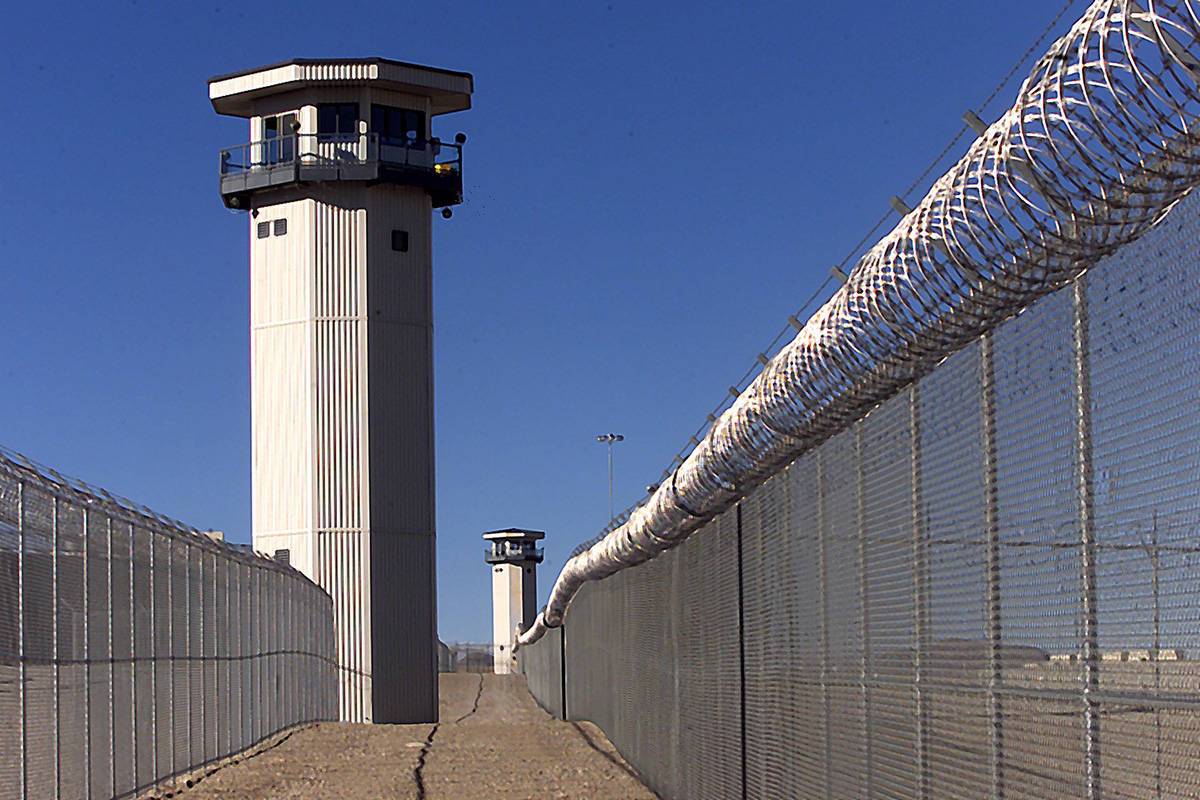 As Texas braces for its notoriously scorching summer temperatures, the state House agreed to install air conditioning in dozens of uncooled prisons within seven years — but only if lawmakers set aside money for it.

On Thursday night, the Texas House initially passed a bill that would require all Texas lockups to be cooled over a seven-year span, capping costs at $300 million. But the state prison agency would only have to abide by the measure if lawmakers also agree to provide state or federal funds toward cooling costs. The bill finally cleared the House Friday on a 123-18 vote and was sent to the Senate.

“The reality is, in Texas, we are cooking people in prisons,” state Rep. Terry Canales, D-Edinburg, said on the floor when presenting his bill. “This is the right thing to do, it is the humane thing to do, and it’s something we should have done a long time ago.”

Currently, 70% of the state’s nearly 100 prison facilities do not have air conditioning in living areas. Some areas, like administrative offices and infirmaries, are air conditioned at all units.

In the last decade, at least 13 men have died of heat stroke while incarcerated in Texas prisons, according to court records and autopsy reports. Many more prisoners and guards are sickened each year in temperatures that often soar past 100 degrees, requiring intravenous fluids after reporting dizziness, nausea, heat rashes and muscle cramps.

For years, Texas Democrats have proposed measures to require state prisons to have cooling systems, as is the case in county jails. But legislators have balked at the cost, which the prison agency estimates would be more than $1 billion — though it has grossly overestimated air conditioning costs in the past.

In 2017, after a federal judge slammed the Texas Department of Criminal Justice for being “deliberately indifferent” to the potentially fatal risk of stifling temperatures inside a geriatric prison, Texas Attorney General Ken Paxton argued that “taxpayers shouldn’t be on the hook for tens of millions of dollars to pay for expensive prison air conditioning systems.”

The state has, however, spent millions of dollars in ongoing legal battles while resisting installing the cooling units. The yearslong lawsuit at the geriatric Pack Unit cost the state more than $7.3 million in legal fees. TDCJ ultimately settled the suit in 2018 and agreed to cool the prison near College Station, which cost less than $4 million — a fraction of the prison agency’s original estimate of more than $20 million.

Dozens of other lawsuits against TDCJ over heat-related deaths and illnesses have cost the state millions more since the summer of 2011, when a heat wave in Texas killed at least 10 imprisoned men.

“The reality is what we’re doing is disgusting. It’s truly disheartening,” Canales told the House Corrections Committee last month. “I don’t think we have a money problem. I think we have a give-a-damn problem.”

This year, Canales filed House Bill 1971 to incrementally install air conditioning in Texas’ uncooled prisons at a maximum cost of $100 million per biennium. The bill would permit three two-year phases of installation, ending with all state prisons cooled below 85 degrees before 2029. TDCJ said the cost would be much higher, but Canales and other lawmakers have called the agency’s billion-dollar price tag “ridiculous.”

But even if Canales’ bill becomes law, state lawmakers would still need to separately set aside state dollars or seek federal funding for it. The funds couldn’t come from TDCJ’s existing budget. The bill instead relies on lawmakers in the future giving TDCJ state funds specifically for cooling or directing federal dollars toward the project.

Still, the bill’s passage on the House floor this session is the furthest a prison air conditioning bill has gone in the Texas Legislature. Eye-popping cost estimates often kept air conditioning proposals from progressing beyond the first legislative step of a committee hearing in previous years.

But this year, Canales’ bill was unanimously voted out of the House Corrections Committee and was approved on a voice vote without opposition by the full chamber Thursday night. Other bills similar to previous proposals that did not include a staggered implementation failed to move forward. State Rep. Andrew Murr, the committee chair, said Thursday that Canales’ phased approach with specific budgeting allowed for success in his committee.

“This legislation takes steps to solve an infrastructure issue that has faced our correctional institutions for decades,” the Junction Republican said in an email.

At the bill’s committee hearing last month, Murr also questioned TDCJ about the high costs of litigation the state continues to face by continuing to avoid cooling its prisons, but prison officials did not provide specific numbers.

Texas has spent about $6.4 million legally representing TDCJ alone in prison heat litigation since 2011, according to billing records from the Texas Attorney General’s Office. And the state shelled out about $10 million more in settlement expenses in the last few years, including prisoners’ attorney fees and payouts to families in wrongful death lawsuits for prisoners who died of heat stroke.

In settling the high-profile heat lawsuit at the Pack Unit, TDCJ agreed in 2018 to pay $4.5 million to the plaintiffs’ attorneys. In 2019, the Texas legislature signed off on $1.8 million in payments to settle wrongful death lawsuits in the heat-related deaths of three prisoners in 2011 and 2012.

And the state agreed to pay another $3 million in settlement payouts connected to five other heat-related deaths that occurred in those years, according to records obtained by Texas Prisons Air-Conditioning Advocates and shared with The Texas Tribune. Plus, a man who sued over heat-related illness in prison after he was released received a $90,000 settlement.

Despite the continued legal costs, the advertised billion-dollar investment to cool prisons is not an easy sell, even with bipartisan skepticism of TDCJ’s estimate. In 2019, a Republican on the House Corrections Committee suggested an independent cost study since TDCJ had a history of inflated costs, but the prison agency still was the sole source of the cost estimate officially attached to bills this year.

In lieu of installing air conditioning, the costly lawsuits moved TDCJ to implement new heat safety protocols in 2018 — like more personal fans and a steady supply of ice water — in all of its units. Prison officials have argued such heat mitigation efforts work to keep prisoners safe, even if they may still be uncomfortable. Officials claimed that there were no heat-related deaths or major illnesses since the change of protocols.

But prisoners often say heat policies are followed inconsistently, and they have previously broken windows for air flow or flooded their cells to lie in water. Months after the Pack lawsuit was settled, a medical examiner ruled that a 54-year-old man at the Michael Unit died from environmental hyperthermia — often referred to as fatal heat stroke.

In 2019, TDCJ officials contested the cause of death, stating that the autopsy report was preliminary and the prisoner had been housed in an air conditioned cell. The state death report still lists hyperthermia as the cause of death, however. A TDCJ spokesperson said Thursday the agency still refuted the finding.

Carlee Purdum, an assistant research professor for the Hazard Reduction and Recovery Center at Texas A&M University, said without systemwide cooling, the prison agency won’t solve safety and medical problems associated with heat. Prison populations, her area of expertise, tend to be more vulnerable than people in the free world, since prisoners are often older and have more medical ailments that can be exacerbated by heat, she said.

“Investing in hazard mitigation saves so much money in the long term,” she said. “We’re expecting to see about a tripling of days in Texas that are over 100 degrees Fahrenheit, and this issue is only going to get worse … and more costly.”

For Amite Dominick, with Texas Prisons Air-Conditioning Advocates, the cost of air conditioning should be considered a preventive medical cost. But more important than the money, she said, are the people who get sick and die from the conditions the state holds them in.

“These people are being tortured,” she said. “We don’t treat animals like this, why on earth would we treat human beings like this?”