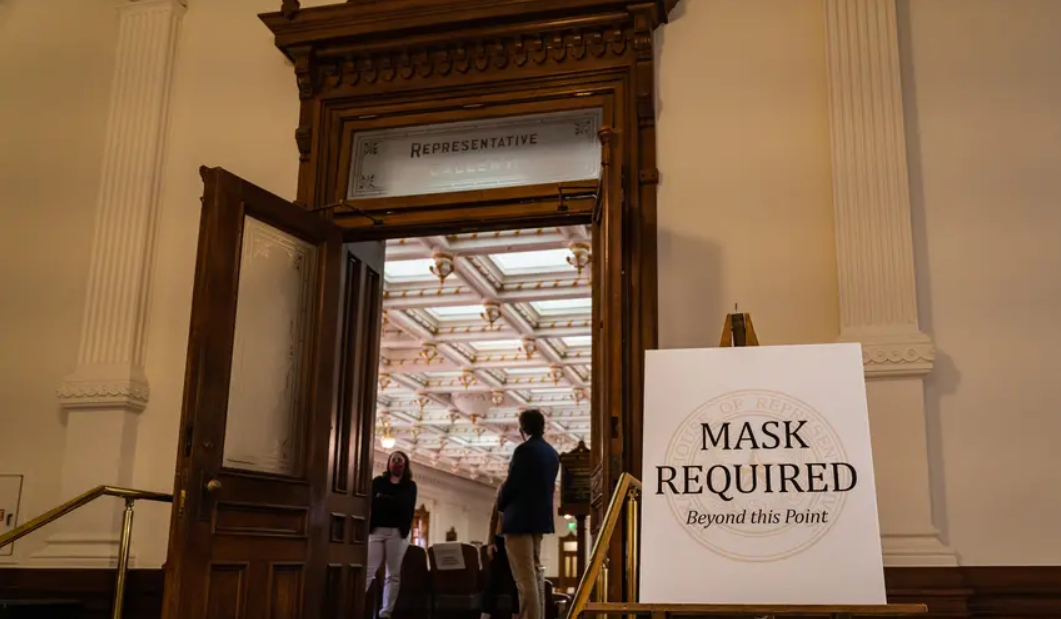 The Texas House removed a requirement Thursday that people wear face masks on the House floor and during House committee meetings for the remainder of the legislative session that ends May 31. The Centers for Disease Control and Prevention still suggest that people wear masks in public places, especially indoors.

House Resolution 333, by state Rep. Tom Oliverson, R-Cypress, rescinded the chamber’s mask requirement which was established in the House rules in February. The resolution was passed in a 99-46 vote.

The decision comes as about three quarters of the state still isn’t fully vaccinated. Despite that number, Texas now has plenty of coronavirus vaccine shots. Although average new cases and hospitalizations in Texas have decreased since January’s highs, health experts advise people to keep masking and get vaccinated.

Last month, when the proposal to rescind the mask rule was brought to the House Administration Committee, members decided to keep it in place after two experts invited to testify suggested masks continue for the time being.

But in a new hearing of the same committee Tuesday, University of Texas System Executive Vice Chancellor for Health Affairs John Zerwas said people could still be safe without wearing masks in the Capitol.

“I think you’ll be safe, yes — I think everybody needs to take this … from a personal responsibility point of view,” Zerwas said when he was asked by Rep. Rafael Anchía, D-Dallas, about lifting the pandemic-era rule.

Oliverson suggested that committee chairs could organize specific seating arrangements for people that could be concerned about the new regulation.

“We should all be more sensitive in the few weeks that we have remaining to the fact that there may be folks that suddenly feel more uncomfortable and they’re members of the public and they’d like to have a chance to participate in my committee,” Oliverson said on the floor. “But I would just submit to you that I think there’s pretty much nowhere else you can go in this capitol where […] members of the public are not wandering through the halls of the Capitol without masks all the time.”