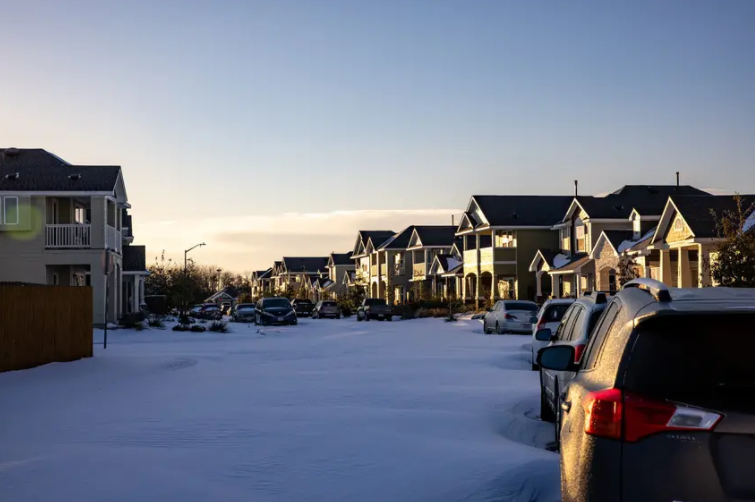 Failures across Texas’ natural gas operations and supply chains due to extreme temperatures are the most significant cause of the power crisis that has left millions of Texans without heat and electricity during the winter storm sweeping the U.S.

From frozen natural gas wells to frozen wind turbines, all sources of power generation have faced difficulties during the winter storm. But Texans largely rely on natural gas for power and heat generation, especially during peak usage, experts said.

Officials for the Electric Reliability Council of Texas, which manages most of Texas’ grid, said the primary cause of the outages Tuesday appeared to be the state’s natural gas providers. Many are not designed to withstand such low temperatures on equipment or during production.

By some estimates, nearly half of the state’s natural gas production has screeched to a halt due to the extremely low temperatures, while freezing components at natural gas-fired power plants have forced some operators to shut down.

“Texas is a gas state,” said Michael Webber, an energy resources professor at the University of Texas at Austin. While he said all of Texas’ energy sources share blame for the power crisis — at least one nuclear power plant has partially shut down, most notably — the natural gas industry is producing significantly less power than normal.

“Gas is failing in the most spectacular fashion right now,” Webber said.

More than half of ERCOT’s winter generating capacity, largely powered by natural gas, was offline due to the storm, an estimated 45 gigawatts, according to Dan Woodfin, a senior director at ERCOT.

The outages during this storm far exceeded what ERCOT had predicted in November for an extreme winter event. The forecast for peak demand was 67 gigawatts; peak usage during the storm was more than 69 gigawatts Sunday.

It’s estimated that about 80% of the grid’s capacity, or 67 gigawatts, could be generated by natural gas, coal and some nuclear power. Only 7% of ERCOT’s forecasted winter capacity, or 6 gigawatts, was expected to come from various wind power sources across the state.

“It appears that a lot of the generation that has gone offline today has been primarily due to issues on the natural gas system,” Woodfin said during a Tuesday call with reporters.

Production of natural gas in the state has plunged, making it difficult for power plants to get the fuel necessary to run the plants. Natural gas power plants usually don’t have very much fuel storage on site, experts said. Instead, the plants rely on the constant flow of natural gas from pipelines that run across the state from areas like the Permian Basin in West Texas to major demand centers like Houston and Dallas.

The systems that get gas from the earth aren’t properly built for cold weather. Operators in West Texas’ Permian Basin, one of the most productive oil fields in the world, are particularly struggling to bring natural gas to the surface, analysts said, as cold weather and snow close wells or cause power outages that prevent pumping the fossil fuels from the ground.

“Gathering lines freeze, and the wells get so cold that they can’t produce,” said Parker Fawcett, a natural gas analyst for S&P Global Platts. “And pumps use electricity, so they’re not even able to lift that gas and liquid, because there’s no power to produce.”

Texas does not have as much storage capacity as other states, experts said, because the resource-laden state can easily pull it from the ground when it’s needed — usually.

Of the storage that the state does have, the resources are somewhat difficult to get to. Luke Jackson, another natural gas analyst for S&P Global Platts, said that physically withdrawing stored natural gas is slower than the immediate, ready supply of lines from production and is insufficient to make up for the dramatic declines in production.

Some power plants were already offline before the crisis began, adding to the problems, experts said. ERCOT anticipated 4 gigawatts of maintenance outages during the winter. Power plants in Texas usually do maintenance and updates to their plants during the typically mild winter months in preparation for the extreme electricity and power demand during the summer. That, too, is straining the grid’s supply.

“In the summer, you don’t have as much direct burning of natural gas,” said Daniel Cohan, an associate professor of civil and environmental engineering at Rice University, pointing out that during peak usage in the summer months, the demand is all for electricity.

The last time the state experienced a major freeze like this was a decade ago, in 2011. At that time, too, natural gas generation experienced difficulties — had ERCOT not reduced load through the rolling blackouts implemented during that storm, it would have resulted in widespread blackouts throughout the entire region, a federal report on the storm warned.

It is possible to “winterize” natural gas power plants, natural gas production and wind turbines, experts said, which prevents such major interruptions in other states with more regular extreme winter weather. But even after upgrades were made after the 2011 winter storm, many Texas power generators have still not made all the investments necessary to prevent these sorts of disruptions happening to the equipment, experts said.

ERCOT directors also said that the storm this week took a turn in the early morning hours of Monday, when extremely low temperatures forced many more generators offline than ERCOT had anticipated.

“It appeared that the winterization we were doing was working, but this weather was more extreme than [past storms],” Woodfin said. “The loss of generation during the morning of Monday, after midnight, was really the part that made this a more extreme event than we had planned.”

Upgrading equipment to withstand extremely low temperatures and other changes, such as providing incentives for customers to conserve power or upgrade to smart appliances, could help avoid disasters like this one, said Le Xie, a professor of electrical and computer engineering at Texas A&M University and assistant director of energy digitization at A&M’s Energy Institute.

“We used to not worry too much about such extreme cold weather in places like Texas, but we probably need to get ready for more in the future,” Xie said. With climate change, he said, “We’re going to have more extreme weather conditions throughout the country.”

This article was originally published on Texas largely relies on natural gas for power. It wasn’t ready for the extreme cold.