Please ensure Javascript is enabled for purposes of website accessibility The Race for NYC Mayor: Who’s Running to Run This Town in 2021 - Mid Year Media Review
Skip to content 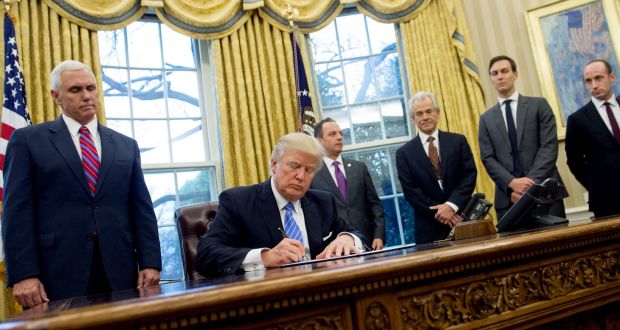 The adage that being mayor of New York City is the “second-toughest job in America” may never have been more true than now.

The city’s budget has taken a huge hit from COVID-19 shutdowns. Joblessness, demand for aid and a looming eviction crisis are exacerbating the economic inequality that existed before the virus arrived last year. The city has also seen a major spike in shootings.

And yet, more than two dozen New Yorkers have signed up to become our next mayor and more are eyeing a bid. Whomever succeeds Bill de Blasio must cope with the pandemic’s aftermath (hopefully), as well the unprecedented economic and social disruption it has wrought.

As of early February 2021, more than 40 contenders had officially joined the mayoral race, Campaign Finance Board records show. Some familiar and well-financed hopefuls have emerged. But in a very crowded field, trying to predict who will lead the pack by the time of the June 22 Democratic and Republican primaries is folly.

Some things are for certain: The next mayor will have to lead a city in need of physical, emotional and financial healing through a period of profound transformation.

What Does the Mayor Do?

As the city’s top executive, the mayor gets to set the agenda. For example: the mayor can choose to prioritize affordable housing development or make sure every school has a nurse — and drafts the city budget that serves as a blueprint for how we pay for those things.

The mayor also appoints the heads of every city agency and can approve or veto legislation passed by the City Council. The mayor’s office took over control of city schools in 2002, though is dependent on the state Legislature to retain that role.

Contrary to popular belief, the mayor has limited influence over the MTA. That’s the purview of the governor, whose relationship with the mayor can be key to the city’s success.

There are of course so many other things the mayor influences (and many other races up for grabs this year). For more information, this guide from the Campaign Finance Board is helpful.

Here’s a non-exhaustive, alphabetic snapshot of who’s still in the race for City Hall in 2021. THE CITY will update this list as the race moves forward:

Adams, a Brooklyn native and former NYPD captain, once served as a state senator for Crown Heights and currently serves as Brooklyn Borough President.

Catapano is a professional chef, motivational speaker and “serial entrepreneur,” according to his social media profiles.

Chang, a technologist and finance executive, helped create NYC Votes as a member of the Campaign Finance Board.

Cullen, a Bronx native, helped lead several technology education ventures including the Harlem Tech Summit, according to his campaign website.

Donovan, a Manhattan native, served as commissioner of the city’s housing department under Mayor Michael Bloomberg and later as HUD Secretary and budget director for President Barack Obama.

Emilien, a native of Port-au-Prince, Haiti, is a real estate agent and small business owner, according to her campaign website.

Foldenauer is a litigator and environmental advocate, his campaign website says.

Francis, a Brooklyn native, once worked for the Small Business Administration and the New York Police Department and now owns a fintech firm, Sykes Capital Management, according to her LinkedIn profile, campaign website and this profile from Bklyner.

Garcia, a Brooklyn native, managed operations at the Department of Environmental Protection under Mayor Michael Bloomberg and most recently served as Commissioner of the Department of Sanitation for Mayor Bill de Blasio as well as his pandemic food czar.

Guerrier, a Brooklyn native, is a veteran emergency room and I.C.U. nurse and former paramedic, according to his campaign website.

Kakovit, a Bronx native, founded and runs a large construction firm, Evergreen Construction, and is best known for appearing on Bravo’s “The Real Housewives of New York City.”

Mateo is a longtime advocate for taxi drivers and bodega owners, and a restaurant investor in Upper Manhattan and The Bronx. Mateo was tied to de Blasio’s 2013 fundraising scandal, though neither he nor the mayor faced any charges.

McGuire, a longtime finance executive, left his position as vice chairman of Citigroup to run for mayor.

Menchaca became the first Mexican-American elected to office in New York City when he won his current Brooklyn City Council seat in 2013.

Morales, a Brooklyn native, is a longtime leader and founder of social services nonprofits, most recently leading Phipps Neighborhoods in The Bronx.

Pepitone, a Brooklyn native, is a retired New York Police Department officer, according to his campaign website.

Prince is a rapper, self-described “Renaissance person” and supporter of universal basic income, according to this recent profile of them from Document Journal magazine.

Prussman, a native of Brooklyn, is a stand-up comedian, radio host and animal rights activist, according to her campaign website. She is running as a Libertarian.

Stringer, a Manhattan native, served as Manhattan Borough President and state Assembly member before being elected to his current role, city comptroller.

Sutton, a veteran of the U.S. Army, served as the Army’s highest-ranking psychiatrist and became Commissioner of the city’s Department of Veterans’ Services in 2014.

Taylor, a Brooklyn native, worked in corporate administration, founded her own contracting company and started a nonprofit advocacy group, the NYC MWBE Alliance, for minority- and women-owned businesses.

Tirschwell is a loan trader and hedge fund manager who worked on Wall Street for decades, according to a report by the New York Post on her entrance into the race.

Wiley is an attorney, civil rights activist, professor and MSNBC contributor who served as counsel to Mayor Bill de Blasio and as chair of the Civilian Complaint Review Board.

Wright Jr. is a formerly incarcerated lawyer and entrepreneur whose wrongful conviction inspired the recent television series “For Life” on ABC, according to his campaign website.

Yang, a technology entrepreneur, ran for the 2020 Democratic presidential nomination on a platform advocating for universal basic income.

Several other candidates who could shake up the race are reportedly considering running, but have not yet registered campaign committees. They include billionaire John Catsimatidis, former City Council Speaker Christine Quinn and Rudy Giuliani’s son, Andrew Giuliani.

This article was originally published on The Race for NYC Mayor: Who’s Running to Run This Town in 2021