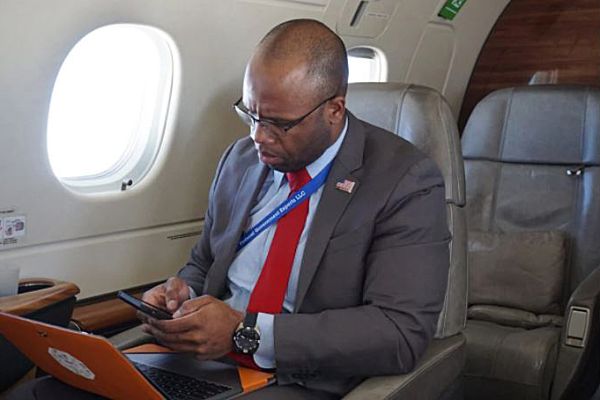 An amateur mask broker who was awarded more than $38 million in federal contracts to provide N95 masks has pleaded guilty to defrauding three different federal agencies as part of a scheme to profit from the COVID-19 pandemic.

Robert Stewart Jr., 35, pleaded guilty to three counts of making false statements, wire fraud and theft of government funds Wednesday in U.S. District Court in the Eastern District of Virginia, including charges that he lied to the Department of Veterans Affairs in April in order to win a $34.5 million no-bid deal to supply personal protective equipment to nurses and doctors in a sprawling health system serving 9 million veterans. He similarly acknowledged lying to the Federal Emergency Management Agency when he stated he had masks “stored securely in our climate control warehouse located in VA and PA,” according to his plea agreement.

Stewart was a key figure in a ProPublica investigation published in May in which he invited a reporter to tag along on a doomed mask deal, which produced zero masks for the VA and revealed that Stewart had none and had no plan for finding them or financing a purchase. Stewart’s hapless journey provided the first details of a shadowy network of brokers and investors who were pursuing billions in loosely monitored contracts from government agencies desperately trying to deal with the virus.

“Mr. Stewart made intentionally false statements to the VA and to FEMA in order to be awarded lucrative contracts,” U.S. Attorney William Fitzpatrick, head of the district’s Financial Crimes and Public Corruption Unit, told the court Wednesday.

“At the time, Mr. Stewart made these representations, he well knew he didn’t possess the masks.”

Stewart and his Arlington, Virginia-based business, Federal Government Experts LLC, were not ultimately paid by the VA for masks because none were delivered.

But Stewart did collect a huge payday from another government program responding to the pandemic, the Paycheck Protection Program, or PPP. Stewart pleaded guilty to wire fraud and a scheme to defraud the Small Business Administration, which guaranteed $350 billion in loans to help struggling businesses stay afloat, many of which could be forgiven.

Federal prosecutors alleged that Stewart, trying to collect federally backed bank loans, provided false tax forms showing his business employed 37 people for a total quarterly payroll of $960,000, when his business actually employed nine people. Celtic Bank approved Federal Government Experts’ PPP loan of $805,000, most of which Stewart has repaid to the bank, according to court filings.

The prosecutor told the judge that Stewart gave about $60,000 of that cash to himself as wages and also spent lavishly, including renting a private jet to hunt down masks, which ProPublica reported last spring.

“There was definitely some extravagant spending,” the prosecutor said.

Stewart, who declined comment in the courtroom Wednesday, is an Air Force veteran, a designation which gave him an edge when seeking federal contracts, especially from the VA. But prosecutors said that in a separate scheme, he claimed to be a decorated veteran of the Marine Corps, which was untrue.

From September 2013 to October 2020, Stewart collected nearly $74,000 in medical and educational benefits from the VA by falsely claiming he had been honorably discharged at the rank of Marine corporal. Stewart also pleaded guilty to that charge, which carries a maximum penalty of 10 years in prison and a fine of $250,000.

Last year, when ProPublica asked Stewart to explain what designated his business as owned by a disabled veteran, which gives an edge in contract competition, he declined to provide a specific disability.

As Stewart entered his plea, Judge Rossie Alston Jr. at one point turned to him and said, “I was inclined after reading what you did to lock you up.”

But prosecutors did not object to Stewart’s request that he remain free under court supervision while his lawyer negotiates terms for him to aid in a separate congressional investigation into the failed federal coronavirus response.

Stewart’s sentencing is scheduled for June. He faces a maximum penalty of 35 years in prison.

This article was originally published on Contractor Who Was Awarded $34.5 Million in Government Money and Provided Zero Masks Pleads Guilty to Fraud