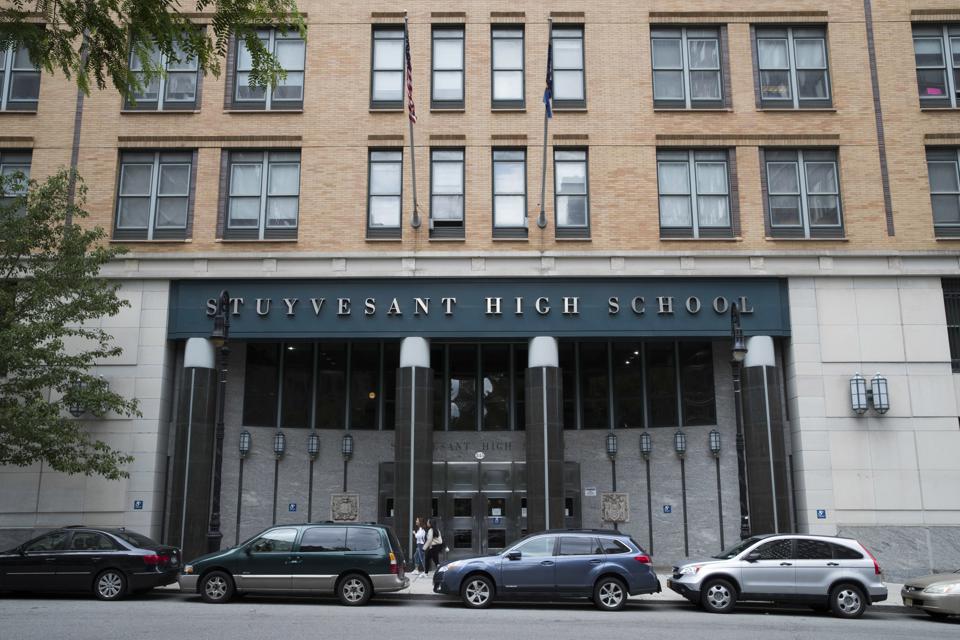 New York City’s gifted and talented students are in the crosshairs of woke activists who seek to impose “racial justice” in the city’s school system, not by improving education but by destroying opportunities for the city’s most advanced learners. And we can’t let them win.

A consortium of activists, including celebrity lawyer Ben Crump, has filed an 81-page lawsuit against the state of New York, New York Governor Andrew Cuomo, New York City Mayor Bill De Blasio, and other state and city education officials, demanding the elimination of merit-based admissions to the city’s Gifted and Talented programs. The lawsuit argues the city’s gifted program and its specialized schools, including Stuyvesant High School and the Bronx High School of Science, perpetuate an illegal “racial hierarchy,” “racism,” and “segregation” because black and Hispanic students qualify for them at a lower rate than white and Asian students.

The proposed remedy – eliminating gifted and talent programs and schools and punishing smart kids – will not fix the systemic academic problems in New York City elementary and middle schools that are the root cause for this “racial hierarchy.” Instead, it will promote another discrimination: against advanced learners. The legal activists demand discrimination against students whose academic performance ranks in the top 1.5 percent of their peers, and they disparage these students as having “in-the-know” parents. It is common sense that we will accomplish nothing as a society and surely do much harm if we embrace a conception of “fairness” that involves attacking and delegitimizing excellence as a form of “racism.”

Attacks on gifted education programs have been a front in the national culture war that has heated up over the past year. “Social justice” advocates promote a concept of “equity” that any deviation in racial outcomes – such as gifted enrollments – can only be explained by racism. From New York to Seattle, these activists are working to dilute the most advanced and rigorous coursework with concepts from the ideology of critical race theory, including curriculum infused with discussions on “white privilege,” “systemic racism,” “structural inequity,” and “white supremacy.”

At the heart of this war on merit is a thinly-veiled attack on Asian-American students, many from immigrant families. The lawsuit filed last week in New York included frequent references to “certain Asian students,” who social justice activists nationwide say are “overrepresented” in gifted and talented programs, despite all of the alleged “racism” of their admissions process against minorities.

Earlier this month, in northern Virginia, parents from a grassroots group called Coalition for TJ stood in front of the federal courthouse in Alexandria, Va., after their lawyers filed a lawsuit accusing local officials of anti-Asian bias for removing the merit-based, race-blind admissions process to Thomas Jefferson High School for Science and Technology. (As the parent of a student at the school, I was honored to stand with them.) This public school is rated by U.S. News and World Report as the No. 1 high school in America. One dad’s sign, written in English and Chinese, read, “Targeting Asian families is Neither Equity Nor Inclusiveness.”

And in Boston, a local parents’ organization is going to court next month in yet another lawsuit, filed late last month, against local public school officials, alleging that they made admission to the city’s gifted high schools biased, using “zip code quotas” to reduce the number of white and Asian students.

Like the early 20th century’s racist social engineers who imposed quotas limiting the enrollment of Jewish-American students at America’s top universities, today’s “racial justice” activists target gifted students. This time, many of the victims are Asian-American. This time, the excuse for racism is embarrassment at how Asian-American academic advancement undermines the woke narrative that America’s “systemic racism” precludes minorities from success.

Winning the legal battles in New York City and elsewhere is critical in defending an American Dream where we provide opportunities to America’s brightest students. These students deserve educational challenges that help them develop into leaders and innovators – and our country desperately needs them for us to advance as a nation. The solution is not to cry “racism” and destroy programs for advanced learners but to improve schools for all students.