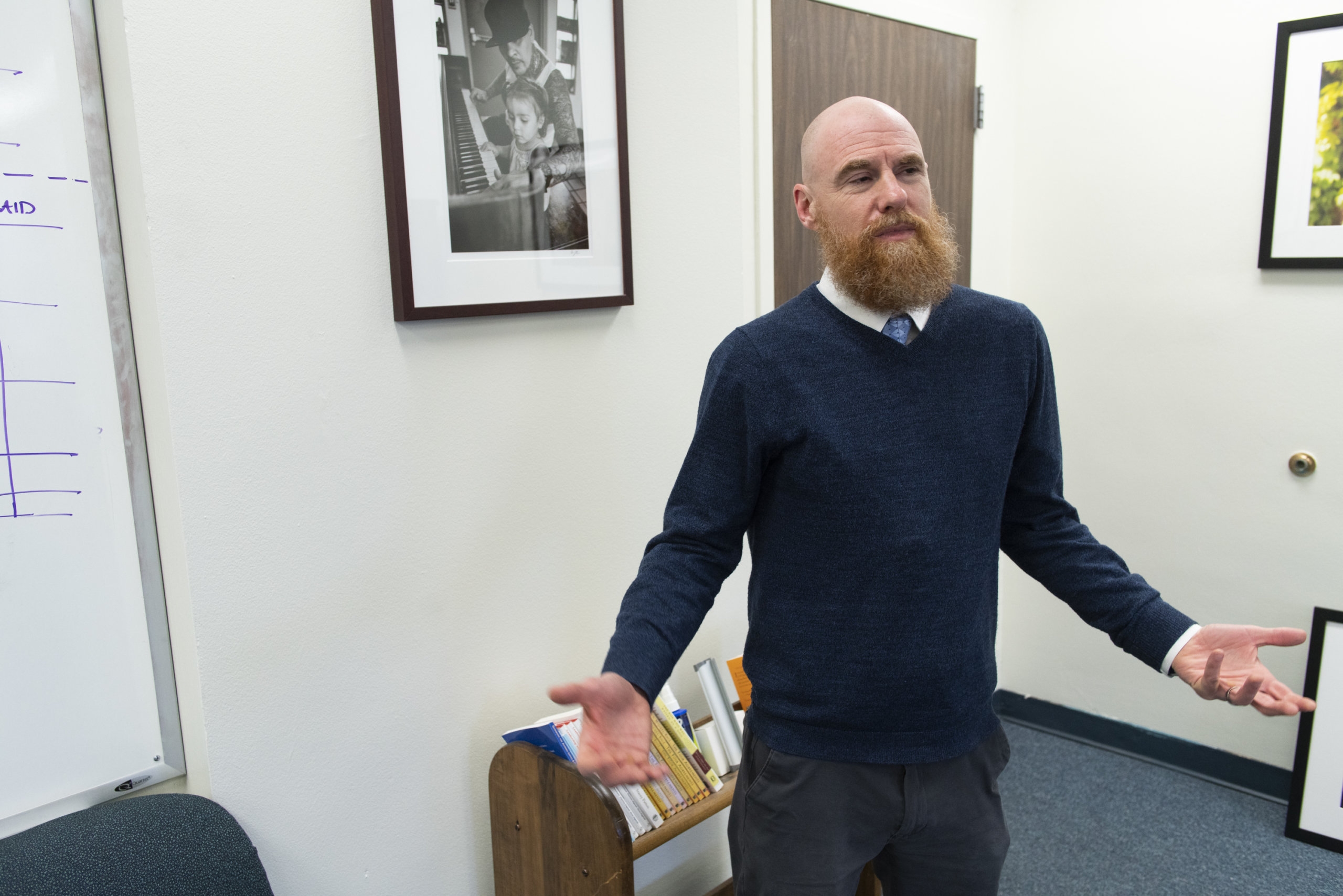 The New Mexico Children, Youth and Families Department has fired two high-level employees who raised concerns about the agency’s practice of encrypting and summarily destroying records.

A Searchlight New Mexico investigation has found that over the past year, the CYFD used the secure text messaging app Signal to discuss a wide range of official business, including the state’s response to the COVID-19 pandemic, the care of children in state custody and concerns about private contractors. Department leadership then set many of those communications to automatically delete, rendering them forever inaccessible to attorneys, members of the public and journalists.

Searchlight also found that the Office of the Governor and the state’s Department of Information Technology supported the systematic deletion of messages, according to emails and policy guidance obtained through an Inspection of Public Records Act (IPRA) request. Legal experts warn that it is likely to impede investigations into the agency, cripple the ability of attorneys to represent children in state custody, and could violate the New Mexico Public Records Act’s rules on retention of documents.

The CYFD’s use of Signal is currently under investigation by the office of state Attorney General Hector Balderas, following an earlier Searchlight report detailing the agency’s routine deletion of encrypted messages. House Republicans asked Gov. Michelle Lujan Grisham to provide a report detailing “whether her office staff and/or cabinet level staff have been using data encryption and data dumping.”

CYFD officials, however, asserted that they relied on Signal primarily for “transitory communications” — what agency Secretary Brian Blalock described as employee banter, routine check-ins between workers and other insignificant exchanges not subject to public records laws.

“I don’t think there’s a legal responsibility to keep that information under the New Mexico Public Records Act’s rules and laws,” he told Searchlight in April, adding that the CYFD began using Signal as part of a security upgrade.

In an internal CYFD Signal message obtained by Searchlight, CYFD records custodian Kathleen Hardy went so far as to advise that “practically everything we do [on Signal] qualifies under the retention policies as a non-record, and is therefore not subject to the retention policies.” That message — a public record itself, one lawyer said — was set to auto-delete after 24 hours.

The governor’s office offered similar advice to Lujan Grisham’s staff. “Every single text message that you send or receive likely qualifies as a ‘transitory record,’” the official guidance counsels. “We recommend that you delete all text messages which are ‘transitory records’ every ten days. You may delete them more often if you wish.” In a statement, press secretary Nora Sackett said the office recently conducted a refresher for staff on what counts as transitory, and that the governor takes transparency and open government “very seriously.”

The New Mexico Department of Information Technology has also encouraged the CYFD’s use of the app, citing the security benefits of Signal’s encryption. In one email circulated by Lujan Grisham’s office, DoIT chief counsel Olga Serafimova asserted that “the practice of deleting messages automatically does not violate IPRA,” and that “use of the Signal app for transitory messages is not a violation of the Public Records Act.”

Cliff W. Gilmore, who served as the CYFD’s chief public information officer, repeatedly raised concerns within the agency over the department’s Signal use. On April 22, he sent a memo to senior CYFD leadership stating that the practice was “detrimental to the credibility of and the public’s trust in government institutions and their leaders.” He advised that the agency immediately halt its use of the app.

Immediately following his firing, Gilmore also informed Attorney General Balderas that he had not received any guidance on the legal requirements for retaining Signal messages, and that he and other employees were instructed to set their Signal messages to delete automatically.

“At one point Secretary Blalock told a group of roughly 30 of us staff members at a ‘leadership’ meeting that people who regularly submit IPRA requests would eventually find out we were using Signal and that, because when an IPRA request came in we would have to retain everything from that moment, we should set our Signal apps to 24-hour auto-delete,” Gilmore told Searchlight in an email on May 18.

Gilmore’s wife, Debra Gilmore, who was hired in late 2020 to lead the CYFD’s newly formed Office of Children’s Rights, confirmed that she, too, had raised internal concerns about Signal. She was also fired May 6.

Both Cliff and Debra Gilmore declined to comment further about their termination. CYFD spokesman Charlie Moore-Pabst said the department could not comment on the firing, citing a policy prohibiting the discussion of personnel issues.

Other employees have also raised internal concerns about the CYFD’s routine deletion of communications. In August 2020, a complaint filed with the Attorney General alleged that the department was directing staff to communicate using the messaging platform Slack, and was then systematically erasing conversations on the app.

In response, Assistant Attorney General John Kreienkamp determined that the CYFD appeared to be doing so in order to “reduce the number of communications retained by the Department subject to disclosure as public records,” but did not investigate further.

Attorneys familiar with the CYFD described the deletion of Signal messages as part of a “decades-long history of secrecy.” Employee communications, even if not subject to public records requests, nonetheless play a vital role in the work of court-appointed guardians.

“Kids aren’t safe if we don’t have all the information,” said Sara Crecca, an attorney who represents youth in foster care.

“This is an agency with a history of covering up abuses. And they’re deleting information on top of that? It’s not Blalock’s job to determine what’s transitory. That material should be preserved.”

The practice has also raised alarms among attorneys who focus on government transparency.

“The governor’s policy guidance recommending the prompt, automatic and routine deletion of all government text messages and voicemail messages is clear evidence of a contemptuous attitude toward principles of transparency,” said Charles Peifer, an Albuquerque-based attorney who formerly served as New Mexico’s chief assistant attorney general. “It would be naïve for the public to believe that, having established a ‘secret channel’ for communication, government officials can be trusted not to say anything of importance over it.”

From June 2020 until April 2021, the CYFD used Signal to coordinate its response to the COVID-19 pandemic with the New Mexico Human Services Department and the state Department of Health, according to over 100 screenshots the DOH provided to Searchlight in response to a public records request.

Those conversations include extensive discussions between Blalock and other public employees about the state’s network of COVID-19 shelters — including Canyon Transitional Rehabilitation, the troubled nursing home that was awarded a lucrative state contract to care for COVID-19 patients — as well as discussions on federal aid, communications with tribal governments, updates on testing sites and infection counts.

Those Signal messages were set to automatically delete after one week, according to screenshots of the app settings, but they were nonetheless preserved by several Department of Health employees.

While lawyers told Searchlight that some of these messages may be transitory, they characterized others as official records that are subject to retention laws.

Other Signal messages obtained by Searchlight show the CYFD using the app to discuss legislative issues and problems with private contractors. Searchlight has also confirmed that CYFD employees have used Signal to communicate with foster parents on issues concerning the well-being of children in foster care.

Although the department ceased using the app on April 29, according to an agency press release, many CYFD employees continue to have active Signal accounts on their phones. Meanwhile, the department has switched to Microsoft Teams, a platform that offers the agency the same ability to encrypt and automatically delete messages.