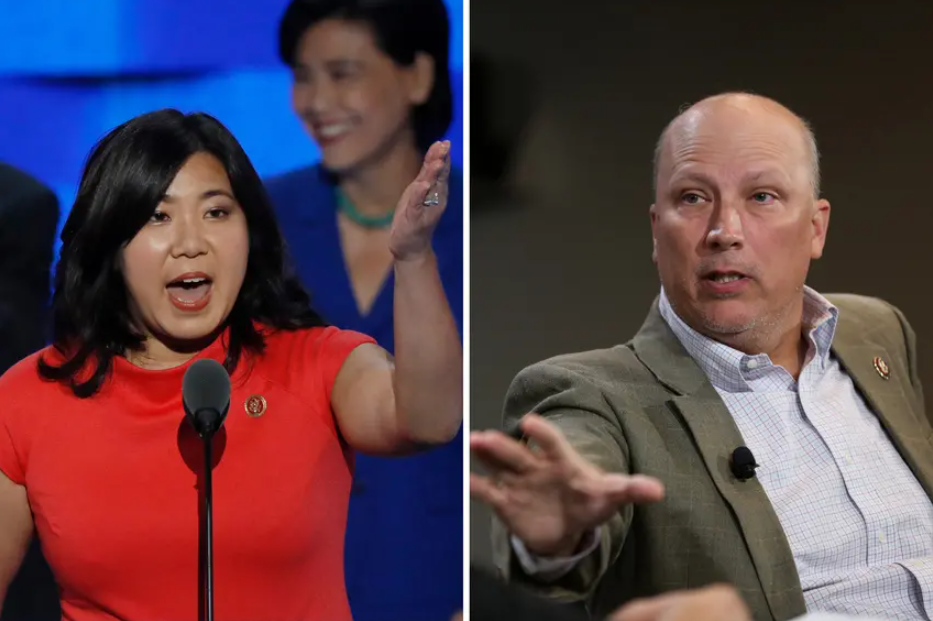 WASHINGTON— U.S. Rep Chip Roy, R-Austin, on Thursday criticized a hearing intended to address discrimination against Asian Americans as an attack on free speech, as he used the forum to denounce the Chinese government over the coronavirus pandemic.

His comments drew sharp rebukes from his Asian American colleagues and other Democrats who said Roy and other Texas Republicans have used rhetoric about China that stokes racism toward Asian communities.

The U.S. House Judiciary Committee held the hearing to discuss discrimination just two days after police say a white man went on a shooting rampage targeting Asian women in Atlanta. The hearing, scheduled before the attack, was intended to address the acceleration of violence against Asian Americans in the year since the COVID-19 pandemic overtook American life.

Roy called the Chinese Communist Party “the bad guys,” “patently evil” and listed a series of policy criticisms with the Chinese government, including its treatment of the Uyghurs, the theft of American intellectual property, the build up of its military and China’s lack of transparency over the origins and spread of the COVID-19 virus.

Some of his colleagues reacted with fury.

“Your president and your party and your colleagues can talk about issues with any other country you want, but you don’t have to do it by putting a bullseye on the back of Asian Americans across this country, on our grandparents, on our kids,” U.S. Rep. Grace Meng, a New York Democrat, said to Roy, while accusing him of veering wildly off the topic of violence against Asian Americans.

Meng, first elected in 2012, has spearheaded efforts to stop discrimination against Asian Americans amid the pandemic. Last month, she reintroduced a new version of her previous resolution that condemned discrimination against Asian Americans and implored “media outlets, scientists and national authorities to avoid naming infectious diseases for locations to avoid stigmatizing groups of people.”

Asian Americans have been victim to a rise in racist attacks since the onset of the virus, which was first detected in China. One of the sharpest jumps came in Meng’s hometown of New York City. The attacks continued into 2021, and in his first week on the job, President Joe Biden issued an executive order “Condemning and Combating Racism, Xenophobia and Intolerance Against Asian Americans and Pacific Islanders in the United States.” The Uyghurs are a Central Asian ethnic group that the United Nations has stated are persecuted by the Chinese government.

Roy condemned the Atlanta attack during his remarks, but made a reference to lynching in the process.

“The victims of race-based violence and their families deserve justice, and as the case for what we’re talking about here with the tragedy of what we just saw occur in Atlanta, Georgia,” he said.

“I think there’s an old saying in Texas about — find all the rope in Texas and get a tall oak tree. You know we take justice very seriously and we ought to do that, round up the bad guys,” he added.

U.S. Rep. Ted Lieu, a California Democrat, who sits on the Judiciary committee with Roy, later tweeted: “The largest mass lynching in US history was against Chinese immigrants. I served on active duty in the US military to defend @chiproytx’s right to say stupid, racist stuff. I just wish he would stop saying it.”

Lieu stressed that the hearing was “not about policing speech,” as Roy suggested, but about “Americans of Asian descent who are being targeted in the United States.”

He took aim at officials who have referred to COVID-19 with terms like “Kung flu”and “Wuhan virus,” nicknames for the virus popularized by former President Donald Trump.

“You can say racist stupid stuff if you want, but I’m asking you to please stop using racist terms like ‘Kung Flu’ or ‘Wuhan virus’ or other ethnic identifiers when describing this virus,” he said.

“I am not a virus, and when you say things like that, it hurts the Asian American community. Whatever political points you think you are scoring by using ethnic identifiers in describing this virus, you’re harming Americans who happen to be of Asian descent, so please stop doing that.”

Roy responded to the criticism, saying there would be “no apologies.”

U.S. Rep. Sylvia R. Garcia of Houston, went after Texas’ two Republican senators for their past comments. Garcia criticized U.S. Sen. John Cornyn for comments from March 2020 in which he blamed the Chinese government for allowing the practice of wet markets and the consumption of exotic animals. She also brought up a joke U.S. Sen. Ted Cruz made last spring that Trump “wasn’t serving bat soup in the Wuhan province,” a reference to a debunked myth that the outbreak began after a woman in China ate bat soup.

Later in the afternoon, Cornyn responded to Garcia in a previously scheduled conference call with reporters.

“I condemn all violence. I don’t care who it is against,” he said. “Any violence perpetrated against any other human being, I condemn.”

But he added that Garcia’s attack on him was “just a political message.”

“It’s kind of her attempt at cancel culture. I wish we could have a serious adult conversation about where the virus did come from,” Cornyn said.

“Pretending the coronavirus that has taken the lives of millions of Americans did not originate in and spread from China to further a vicious, partisan narrative is simply irresponsible,” a Cruz spokesperson said in an email.

“Congressman Chip Roy’s comments were inappropriate and unfortunate, no one should infer hanging as a metaphor,” West said in a statement. “My recommendation to Congressman Chip Roy would be to engage the brain before firing the mouth, it would avoid embarrassing situations such as this.”

Roy pushed back against West’s criticism.

“I am glad Allen West agrees we should not engage in cancel culture — a position he has taken very publicly in the past. He might have had the courtesy to reach out to me personally to find out that I used a Willie Nelson lyric to express how strongly I support justice for victims of crimes of all kinds, regardless of race,” he said. “Nothing more.”

This article was originally posted on U.S. Rep Chip Roy rebuked after using hearing on violence against Asian Americans to attack China over coronavirus