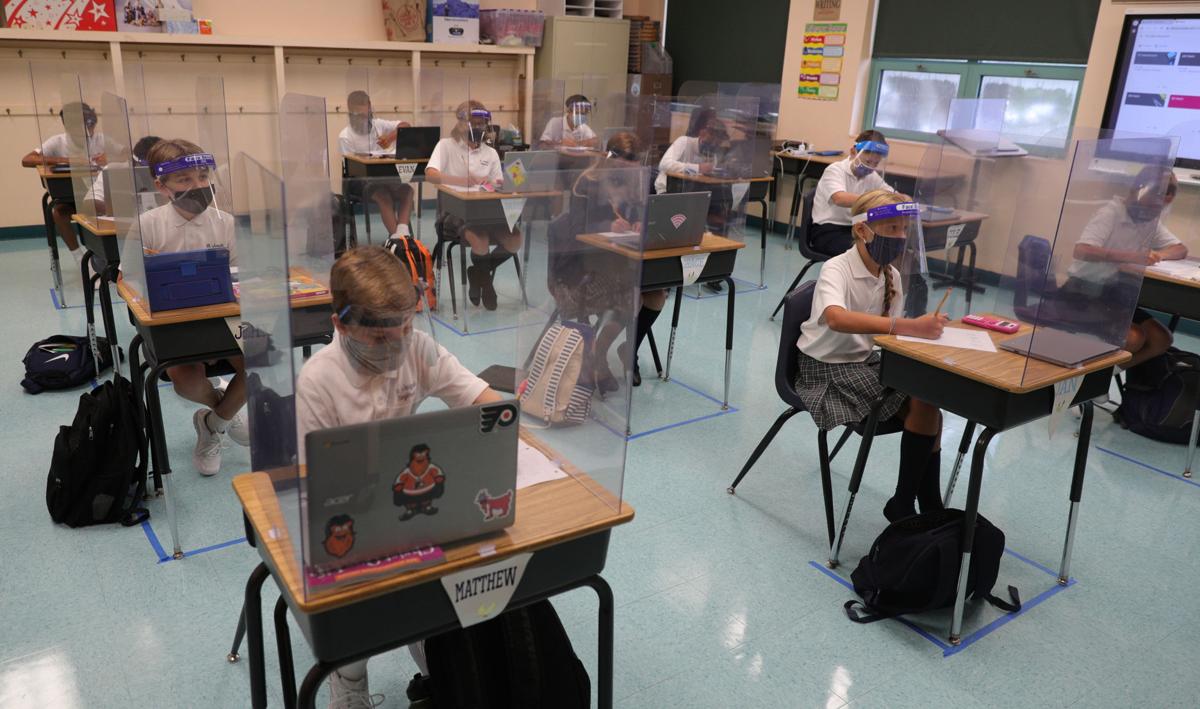 Few areas of American life have experienced more conflict of late than public education. The conflict has largely revolved around how public schools should deal with the difficult subjects of race and racism. The situation has become so inflamed that a national school board group asked the federal government to step in and protect school officials and educators from what they said were a growing number of attacks from angry citizens.

As a historian who specializes in education policy, I believe it is worth asking: Is the United States the only place where debates rage about what should and shouldn’t be taught in public schools?

My experience studying school systems throughout the world tells me that the U.S. can learn a lot from how other countries handle divisive issues.

Put simply, other countries don’t necessarily view studying different ideas as the same as being forced to believe in them. That is to say, they don’t conflate exposure with indoctrination.

Indoctrination happens when one set of claims about the world is presented to the exclusion of others. An example would be presenting the Marxist take on a historical event as if it were the only perspective, without naming it as a Marxist view and providing alternative understandings.

It is easy for Americans to associate indoctrination with religious fundamentalist schools in the U.S., but indoctrination can also be secular and tacit. A school that avoids discussing religious beliefs across human history, or engaging with thorny topics of bioethics, for instance, is teaching young people something, too: that such questions are either unimportant or too divisive to discuss.

Exposure, by contrast, happens when students encounter competing ideas about the world and have a chance to discuss them together. Exposure works against indoctrination, by opening up new concepts and experiences for consideration. It also builds students’ civic capacities and their participation in what University of Virginia education professor E.D. Hirsch calls a democratic “speech community” – a community in which a common body of knowledge is widely shared.

Students have to learn to make and respond to reasoned arguments. This ability doesn’t come naturally. Yet the habit of disagreeing with respect supports participation in democratic life in adulthood – a finding that has held steady for 40 years.

How other countries handle divisive issues

Some high-performing school systems, such as those in the Netherlands, Singapore and Alberta, Canada, promote exposure through mandatory curricular frameworks. They require a content-rich curriculum that all students must learn, regardless of the type of school they attend. This means that they separate the ethos of the schools – which vary considerably – from the curricular framework that all schools must teach.

For instance, England has funded religious schools since 1834 and secular schools since 1870. But all students in all English schools must learn about diverse religions and philosophies.

To put it bluntly, an English mother might enroll her child in a secular school, but that child still needs to understand the tenets and practices of Islam and Judaism.

The legal requirements for “religious education,” as it is known, have not diminished despite the growing secularism of the English population. Learning what people deeply believe, and why, is seen as fundamental to exercising responsible democratic citizenship.

Most countries in the Organization for Economic Cooperation and Development – an international association that supports economic growth – follow suit and have increased requirements around learning about different religions and philosophies in the past two decades.

The Netherlands’ ministry of education funds 36 different kinds of schools, including creationist schools. Yet students in creationist schools must still demonstrate understanding of evolutionary theory on national exams. They cannot be forced to believe that evolution is true, of course, but they have to master what evolutionary theory posits about the natural world. Other examples abound.

This widely used approach to curriculum and assessments can work well for students’ academic and civic success. But it raises questions: How much exposure? At what age?

While the precise limits of exposure will need to rest on national and local contexts, a few broad principles might help clarify the “what” and the “when.”

First, there should be limits to exposure according to children’s age and developmental concerns. For instance, very young children may not be emotionally prepared to manage details about the Holocaust or see graphic images of the 14th-century Black Death that wiped out a third of Europe.

Second, teachers should not entertain debates about what the University of Wisconsin’s Diana Hess calls “settled issues.” Whether human enslavement and racial discrimination are ever warranted, whether the Holocaust actually occurred, or whether climate change is happening should not be brought to the classroom table.

Rather, debate should center on why particular events happened or are happening. For example, what factors contributed to Hitler’s rise to power? What, if anything, should governments do to remedy social and economic inequality? What are the economic trade-offs of different policy responses to climate change?

Beyond these guardrails, school and board policies matter a great deal in setting the expectation that students will encounter ideas with which they and their parents disagree – even profoundly. The Miami-Dade school board puts it this way:

“Students are encouraged to participate in discussions, speeches, and other expressions in which many points of view, including those that are controversial, are freely explored. A controversial issue is a topic on which opposing points of view have been promulgated by responsible opinion or likely to arouse both support and opposition in the community.”

The Miami-Dade policy goes on to specify that the controversial conversations must serve an instructional purpose, and that teachers may not promote personal views in the classroom.

Another example comes from an independent school in Baltimore, McDonogh School. Its Freedom of Expression and Civil Discourse policy acknowledges a clear democratic rationale for viewpoint diversity, even when it leads to discomfort:

“[Preparation for democratic participation] … requires the hard work of analysis, perspective-taking, debate, reflection, and application. Through such methods, we honor the diversity of thought in a pluralist culture as we work towards sound, evidence-based positions and conclusions. Members of our community may find certain ideas that emerge when wrestling with sensitive topics untenable – even offensive – from time to time; in such moments of friction, however, we can help our students learn to resolve conflict, to reason well, and to communicate their own positions.”

Both of these policies ask a lot of teachers, students and parents – patience, among them. But they simultaneously protect teachers’ efforts to teach young people to reasonably disagree. They also signal to parents that their children will be exposed to many opinions – and that that’s a good thing for the next generation.