Please ensure Javascript is enabled for purposes of website accessibility When Texas ended its mask mandate, the event cancellations started — and the losses are adding up - Mid Year Media Review
Skip to content 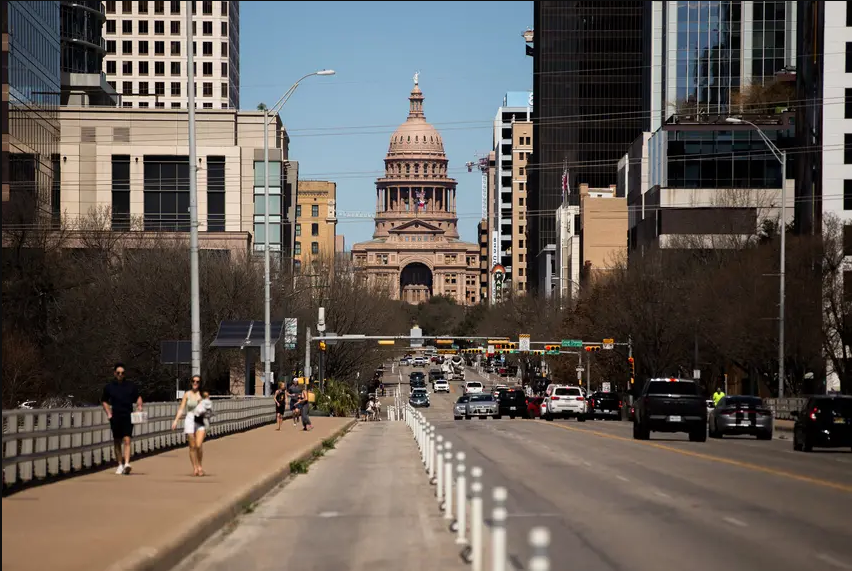 At least four organizations canceled conferences or conventions in Austin, citing health concerns after Texas ended its statewide mask mandate earlier this month. The cancellations cost the Hilton Austin hotel $350,000 in revenue, according to Austin Convention Enterprises, a city-created corporation that owns and manages the hotel.

“These were rooms that were already on the books, and largely what we saw was fallout, ironically, from the governor opening the economy,” said Joe Bolash, Hilton Austin general manager, during a March 16 Austin Convention Enterprises board meeting. “It was groups that were not comfortable returning to a fully opened economy where there was no mask mandate in place.”

Gov. Greg Abbott ended the statewide mask mandate and capacity limits on businesses on March 10, pointing to fewer COVID-19 hospitalizations and cases in the state. Public health experts and political opponents lamented the move, saying it was too soon before the majority of the state was vaccinated against the virus or even eligible for a shot.

Jimmy Flannigan, ACE president and former Austin City Council member, said these cancellations are the latest blow to the hospitality industry in Austin, which has already suffered severe losses due to the coronavirus pandemic.

Flannigan declined to share the names of the organizations that canceled the events. However, he said three of them “had relationships in the medical field” and were concerned with “the message that medical groups might be sending” if they hosted events in Texas.

The Texas Tribune reached out to other convention and visitor bureaus in Dallas and Arlington to ask about cancellations, but they did not immediately respond. A Visit Houston spokesperson said their bureau did not have cancellations related to the end of the state’s mask order, which they attribute to its “proactive communication” about health precautions.

“Nothing will help the return of the economy more than the prevention and the public health requirements to arrest the spread of this virus,” he said. “And I hope that the governor lifting the mask mandate ends up not being a horrible decision as it relates to the health of Texas.”

Abbott did not immediately respond to a request for comment.

On Thursday, the Association for Professionals in Infection Control and Epidemiology announced it was canceling the in-person portion of its annual conference that was to be held in Austin due to the end of Texas’ COVID-19-related precautions.

Conference organizers were working with Hilton Austin, the JW Marriott Austin and Fairmont Austin, but it’s unclear if it is one of the four events that ACE said were canceled.

Devin Jopp, CEO of the organization, said in an interview that it’s already a challenge planning safe events during the pandemic, but the masking mandate ending “felt like the rug being pulled out from underneath us.” He said there was no way an organization dedicated to preventing the spread of infectious diseases could risk bringing its members to a state without a mask mandate.

“The policies that Gov. Abbott moved the state into just created a condition we couldn’t work around,” he said. “We think it was premature, and I would say that goes with a lot of other sentiment out there.”

The event was to be held partially online and scaled back from its usual projected attendance of 6,000 to 1,000 due to the pandemic.

Greg Casar, an Austin City Council member, said the lack of a mask mandate isn’t just driving business from the state, but it is putting pressure on public-facing workers, including those in the hospitality industry, to enforce mask-wearing in businesses.

“Greg Abbott didn’t help the economy when he lifted the mask rule, he only helped the virus,” he said. “That’s clearly bad for workers, but it’s bad for business, too. And you can see that clearly with the cancellation of these conferences.”

Even after Texas ended its mask mandate, Austin and Travis County have continued to require masks. In response, Texas Attorney General Ken Paxton filed a suit demanding that local officials end the mandate. A final hearing to decide the case will be Friday.

Both Austin Mayor Steve Adler and Travis County Judge Andy Brown have said even if the mask orders are shot down in court this week, they are glad they were able to keep the mask mandate in the meantime, allowing more residents to get vaccinated.

“We will not stop doing everything we can to protect health and safety. So even if our mask rules get taken down, we will continue to try to find other ways to require masks,” he said. “We will continue to work to make sure that everybody wears a mask or that every business requires masks.”

This article was originally posted on When Texas ended its mask mandate, the event cancellations started — and the losses are adding up