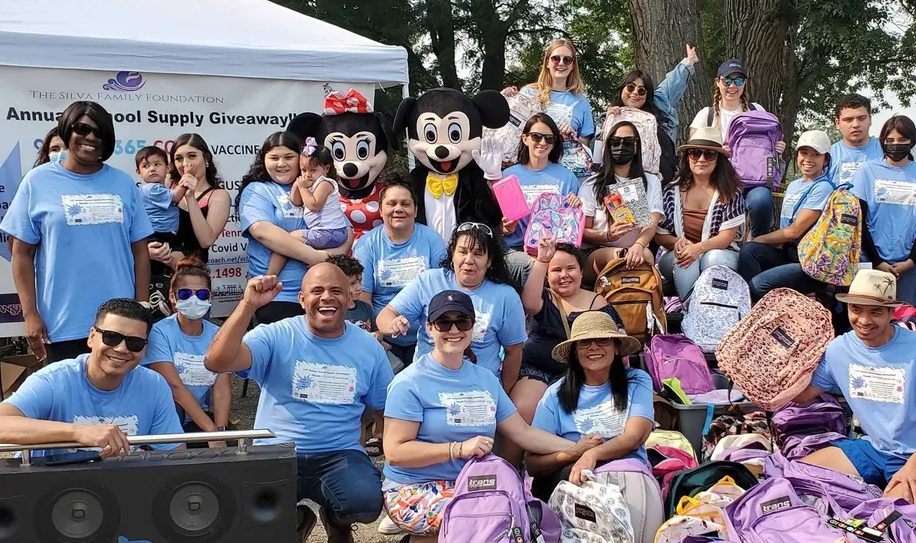 A Denver Public Schools graduate who now leads an association devoted to the mental health of children ages birth to 6 is running to represent northeast Denver on the school board.

José Silva grew up in Denver and attended 10 different schools, eventually graduating from West High School. He spent part of his career working in schools and served on the board of a Denver charter school. He has also worked as a pastor and a political consultant. He is currently the executive director of the Colorado Association for Infant Mental Health. He lives in the far northeast Green Valley Ranch neighborhood with his wife.

Silva, 41, previously ran for school board in 2003 and 2007, though he said he withdrew from the race in 2007 before Election Day. He said he’s running again this year because the board needs members who are fiscally minded and understand good governance.

“Hashtag nerd to the board,” Silva said. “Most people, when you think about education, you just have a good feeling — that the education system is doing its job. I wouldn’t be running if that was the case. … It’s time to get into the work.”

In all, 12 candidates are running for four open school board seats in the Nov. 2 election. The winners will oversee a new superintendent, craft a new strategic plan, and grapple with several long-simmering issues, including declining enrollment and continued disagreement over the role of independent charter schools and semi-autonomous innovation schools.

Silva said he’s passionate about improving the lives of young people because of his own background. When he was a young teenager, a friend was fatally shot. Silva said he was standing next to him when it happened. He credits the counselor and social worker at West High for believing in him during a tumultuous time and helping him earn enough credits to graduate.

Silva went to college but said he had to drop out for financial reasons. He went back to school in his 30s, eventually earning a doctorate degree in education from the University of Colorado Denver. Two years ago, Silva became the head of the Colorado Association for Infant Mental Health, a membership organization of mental health providers, policymakers, and researchers that promotes education and research related to infant and early childhood mental health.

“I should be dead or in jail like most kids that I grew up with in the projects,” Silva said. “I don’t want to be the exception. I want to be the rule.”

Silva said he has had several other jobs related to education and youth, including as a staff member at the now-closed Catalyst High School in Lafayette, a small private school that served students who struggled at traditional schools. Silva also served on the board of Omar D. Blair Charter School in northeast Denver, which offers kindergarten through eighth grade.

Silva has twice faced accusations that he used physical force with his stepdaughter when she was a minor. The charges in the first case were eventually dismissed, and he said the second case resulted in a deferred judgment that erased those charges from his criminal record. He said the incidents were family matters that have no place in the public eye.

If elected, he said he’d push to strengthen mental health support for students. He said he’d also dig into the district’s $1.2 billion budget to see where it’s wasting money.

“The job of educating children, it has to be a well-run business,” Silva said. “It can’t be a political machine. That’s what’s happening right now. “

By “well-run business,” Silva said he means the district should run like a nonprofit organization where each dollar is accounted for. “I’m going to be a fiscally minded individual that has come from a nonprofit background and an education background that has had to account for everything,” he said. “When my residents and parents say, ‘Well, what does this mean?’ I want to have an answer for them and be able to account for it.”

Denver Public Schools is Colorado’s largest school district, serving about 90,000 students. A little more than half of students are Hispanic, 26% are white, and 14% are Black. Its school board has seven members — five regional and two districtwide.

The northeast part of Denver Silva is vying to represent stretches from Five Points to the Green Valley Ranch and Gateway neighborhoods.

We asked him about several key issues the district will face in the coming years.

Declining enrollment and a growing number of small schools: When a school’s enrollment hits 400 students or lower, Silva said the district should create a “small school action plan” alongside students, teachers, families, and community organizations.

“At 400 students, we immediately go in and assess the community,” he said. “We’ll look at the data. … Do we save the school? How do we work with the school? What’s the next steps?

“Sometimes schools have to be closed,” he added, “but that should also be made with empathy and compassion and with a foresight for a better vision and future for who you’re impacting.”

Charter and innovation schools: Providing families with different school options is “hugely important,” Silva said. Ensuring those options are serving students well is even more important, he said. As a board member, he said he’d hold all schools to the same high standard.

“My job as a board member is to ensure that whatever the options are, [they] are the best options that provide the greatest academic achievement, social emotional support, options for success, but more importantly is what the community wants,” Silva said.

Improving education for Black and Hispanic students: The school board’s 2019 Black Excellence resolution, directing the district to better serve Black students, was an important step, said Silva, who is Black and Latino. But he said the board hasn’t made a strong plan to put it in place, including setting concrete goals and ways to measure them.