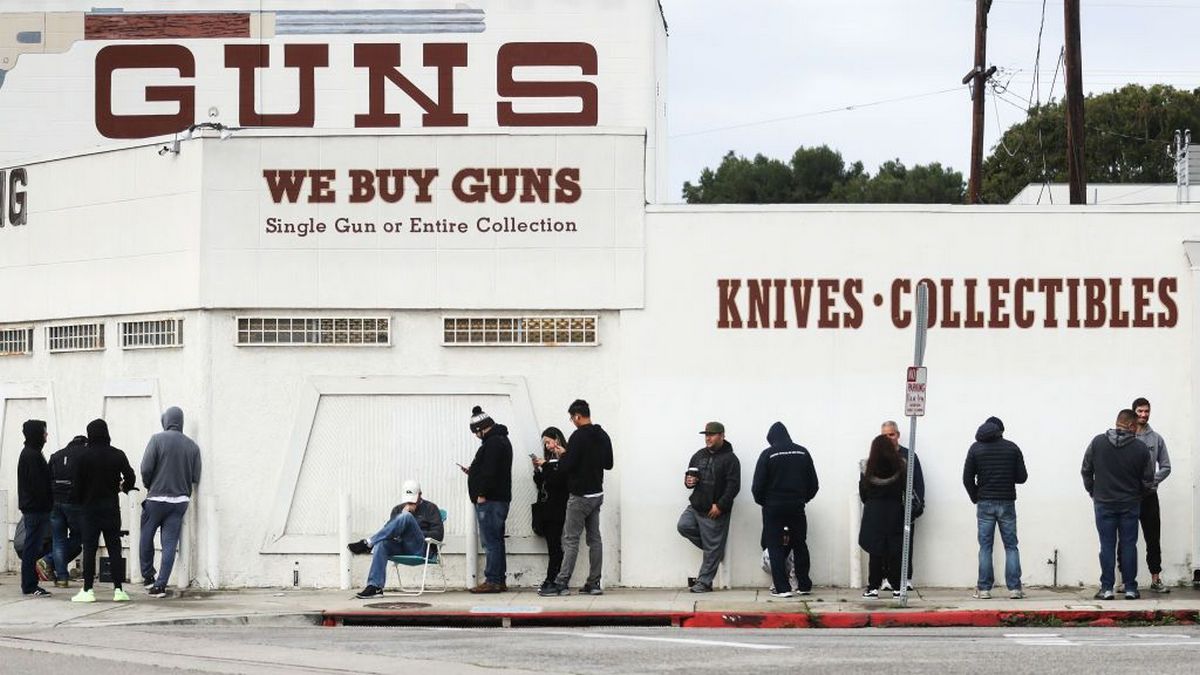 “The figure represents the high water mark in gun sales since the current record-keeping system went into effect,” 24/7 Wall St. reports. “Increases by state varied substantially. In at least one state, sales more than doubled.”

In response to skyrocketing sales, Mark Olivia, director of public affairs at the National Shooting Sports Foundation, said in a statement, “That’s undoubtedly connected to President Joe Biden’s plans to attack the firearm industry by undoing and rewriting regulations and executive actions to target the firearm industry.

“These are jaw-dropping figures to start the new year. Americans are claiming their Second Amendment rights to provide for their own safety in record numbers,” Olivia added.

Such high gun sales are not unprecedented. After former President Barack Obama’s second term began, gun purchases increased by over 100 percent in January 2013 compared to purchases in January 2012, according to NICS data.

Biden has pledged to repeal the Protection of Lawful Commerce in Arms Act, which he voted against in 2005 when he was a U.S. senator, and pledged to ban AR-15 style rifles and “wage war” on the National Rifle Association.

In his “Plan to End Our Gun Violence Epidemic,” Biden pledged to implement a mandatory buy-back program for all AR-15s, limit the purchase of firearms not deemed to be assault rifles to one per purchaser per month, require all firearms being sold to only be “smart guns,” regulate possession of assault weapons under the National Firearms Act to require gun owners to pay license fees in order to keep them, among other measures.

Notably, among all states, Illinois reported the highest gun sales in 2020 – 7,455,065 purchases – representing 19 percent of all U.S. gun sales last year and an annual gain of 51 percent. Illinois’ population represents less than 4 percent of the U.S. population.

Gun control advocates argue that increased gun sales make people less safe and are hopeful that with Biden in office and a Democrat-controlled Congress, Biden may be able to achieve many of his planned gun restriction measures.

Critics argue that in Illinois, and Chicago specifically, which has some of the strictest gun laws in the nation, firearm-related crimes continue to escalate among criminals who bypass the NICS system altogether.

In 2020, Chicago homicides increased 50 percent, and by 139 percent in July alone, the Chicago Sun-Times reported.

Nationally, of the more than 300 million NICS background checks that have been done since 1998, only 1.5 million were denied by NICS, 24/7 Wall St. reports.

This article was originally published on With new administration, record number of people bought guns in January