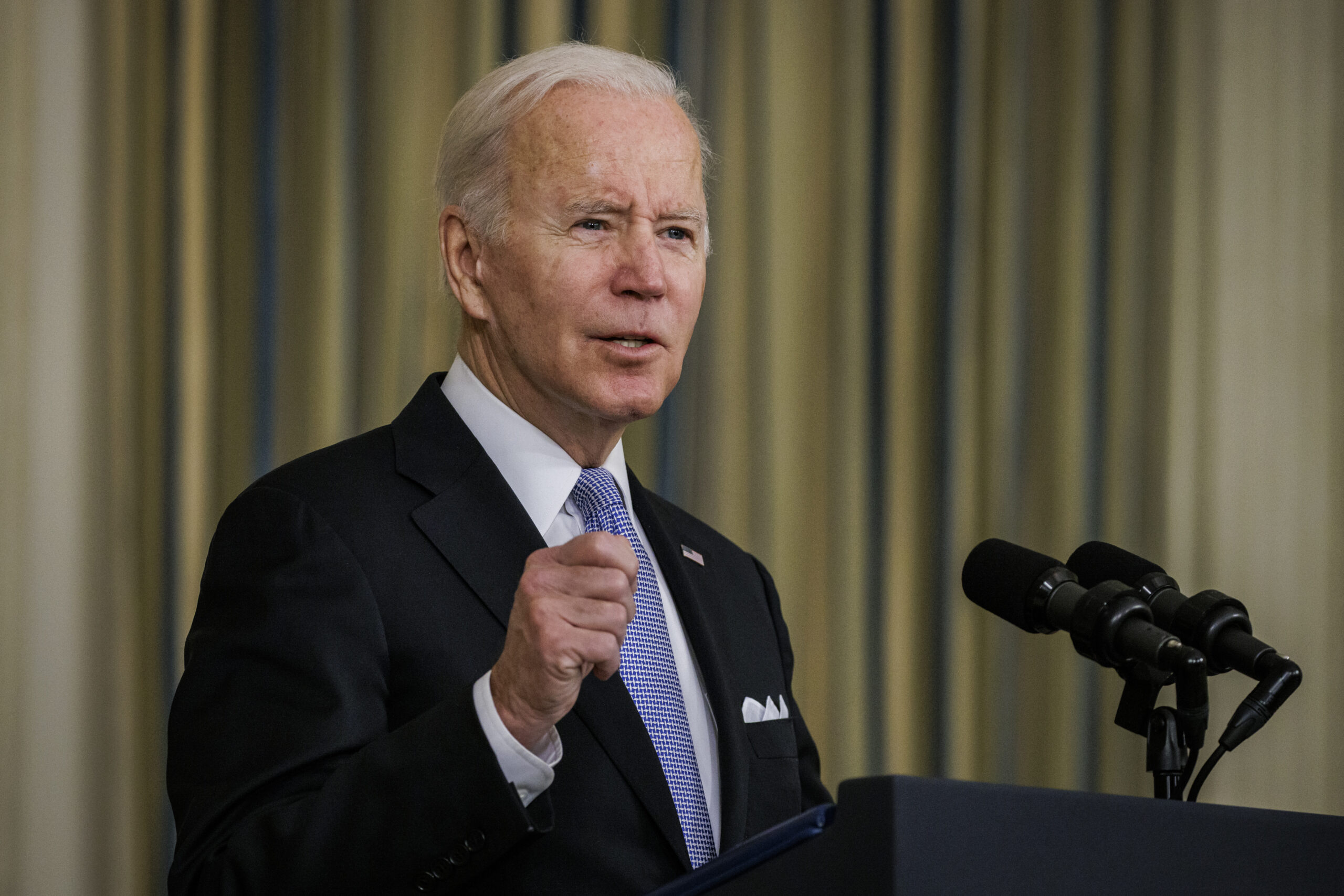 The Biden administration’s Build Back Better Act, according to the latest version in the U.S. House, would tax Americans earning $400,000 and above higher than all of its foreign competitors, hitting residents in blue states the hardest, nonpartisan analysts say.

According to the plan, the average top tax rate on personal income would reach 57.4% – giving Americans the highest tax rate out of residents living in 38 member countries of the Organisation for Economic Co-operation and Development, the Tax Foundation found.

If the average top marginal state-local tax rate of 6% were added, the top rate levied on personal income would be 57.4%, more than any other tax levied on top earners in the developed world.

Residents in eight states and the District of Columbia would pay the most – with top tax rates exceeding 60%. Wealthy New Yorkers would pay the most at 66%, followed by Californians at 64.7%. The next highest income taxes levied would be in New Jersey at 63%, Hawaii and Oregon 62 at 62%, Minnesota at 61%, and Maryland at 60.4%.

The seven states with no personal income tax – Alaska, Florida, Nevada, Washington, Wyoming, South Dakota and Texas – would have a top tax rate of 51.4%.

“Raising the top marginal tax rate on ordinary income to the highest in the OECD will damage U.S. competitiveness,” the Tax Foundation said. “It will also reduce incentives to work, save, invest, and innovate, with broad implications for the U.S. economy.”

The nonpartisan Committee for a Responsible Federal Budget estimates the latest version of the bill totaling at least $2.4 trillion in spending will add $200 billion to the national deficit over 10 years.

The committee’s assessment is based on preliminary White House figures, data from the Joint Committee on Taxation, and the Congressional Budget Office.

It estimates “the latest version of the bill includes roughly $2.4 trillion of spending increases and tax cuts through 2031 along with $2.2 trillion of offsets. The result is a roughly $200 billion deficit increase over ten years. The actual deficit increase could be smaller to the extent that immigration reform is less costly, and some appropriated funds are spent beyond 2031. However, extending temporary provisions in the bill could add $2 trillion to $2.5 trillion to the total cost.”

The committee breaks down spending in the bill by category. For example, it estimates that family benefits, including universal pre-k and childcare and paid family leave, would cost taxpayers $585 billion. Climate and infrastructure regulations and tax credits would cost $555 billion.

Individual tax credits and cuts would cost $210 billion. Health care, including Medicaid and Medicare expansion, including fines and cuts to 12 noncompliant states, would cost $335 billion.

It also categorizes how these costs would be “offset” through increased taxes and costs – and not just on the waelthiest Americans, but on seniors and the poor.

Enacting immigration reform, the administration suggests, would offset BBBA costs by $100 billion – although multiple reports show how Biden administration immigration policies are costing taxpayers, and are only expected to go up.

According to the BBBA, increasing corporate taxes would offset costs by $830 billion. This includes a 15% domestic minimum tax on large corporations, and a 15% global minimum tax in line with the United Nations international taxation plan. It also would impose a 1% surcharge on corporate stock buybacks and enact other “corporate tax reforms.” Yet several reports indicate that the corporate and global tax will hurt small businesses and lead to job cuts. Several in Congress have argued imposing the global tax is unconstitutional and could only be done through a treaty.

Increasing taxes on high earners would offset costs by $640 billion, according to BBBA. This includes redefining net investment income tax (NIIT) and up to an 8% MAGI surcharge on top income earners. It also includes limiting deductibility of business losses, forcing some businesses to pay even more in taxes.

The BBBA redefines the tax base, the Tax Foundation argues, combining net investment income tax (NIIT) and Medicare taxes. A 3.8% NIIT would apply to “the ‘active’ part of pass-through income – all taxable income above $400,000 (single filer) or $500,000 (joint filer) would be subject to tax of 3.8% due to the combination of NIIT and Medicare taxes.”

The foundation explains that a surcharge of up to 8% will be imposed on modified adjusted gross income (MAGI), which the bill defines as adjusted gross income minus investment interest expense. It would be added in two parts: 5% on MAGI in excess of $10 million with an additional 3% on MAGI above $25 million earned.

Other revenue “reducing the tax gap by funding the IRS and other measures” such as surtaxes would offset the costs by $170 billion, according to the plan, the committee notes. This includes reinstating the superfund tax on oil – which will increase the cost of gas, fuel and products derived from petroleum. It also expands nicotine taxes and how retirement accounts are taxed.

The BBA also would repeal the Trump administration drug rebate rule – making prescription drugs more expensive, impacting seniors and the poor the most, according to the foundation. It also federalizes control of prescription drug costs through Medicare Part D – primarily increasing costs for seniors and the poor. By having them pay more, the Democrats’ plan suggests its spending will be offset by $250 billion.