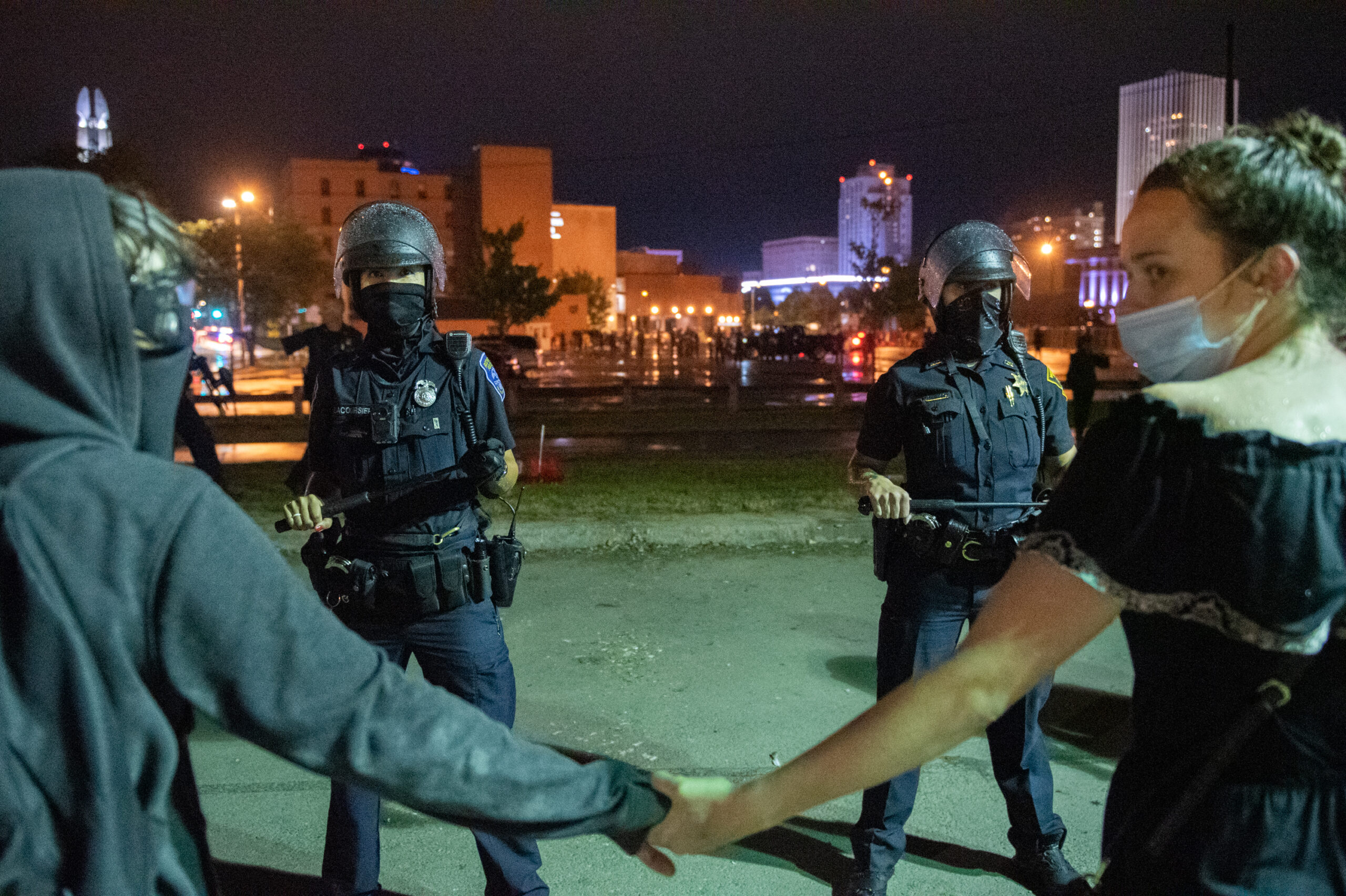 In a letter sent to Governor Andrew Cuomo and Albany leaders on Wednesday, public defender groups from all five boroughs pushed for passage of legislation that would hike the minimum age of arrest and prosecution of children as juvenile delinquents in the state from 7 to 12.

“The practice of physically restraining, handcuffing, detaining, and arresting elementary school age children is all too common, particularly among children of color,” the letter reads.

A bill introduced Tuesday by State Senator Jamaal Bailey (D-The Bronx) would also prohibit sending kids under 13 to juvenile detention in secure facilities and require an alternative pathway, with “age-appropriate services,” away from the justice system.

“Frankly, from my vantage point, this is a no brainer. I think most people if you told them that 7-year-olds could be prosecuted would look at you with complete disbelief,” said Lisa Freeman, director of special litigation and law reform at the Juvenile Rights Practice of The Legal Aid Society, a public defender firm that signed onto the letter.

“At the same time as we’re trying to reform disciplinary practices in the schools, the idea that an elementary school child could be arrested is absurd,” Freeman added.

“Parents in need of help may call 911 and the police respond, who are not at all equipped to help, particularly with young children,” she said.

Salvatore said that community-based services are far more appropriate to deal with children than law-enforcement officials.

“When police are involved, there is great risk of the child getting hurt or becoming charged as a juvenile delinquent in family court,” she said.

Legal Aid Society advocates pointed to a case from 2015 when a 10-year-old Bronx boy, identified only as AW, was arrested by the NYPD after he set his 2-year-old sister on a radiator.

When AW’s mother took his sister to the emergency room for the burns, she was accused of neglect — and the NYPD arrested her son.

The boy was handcuffed, taken to the local precinct, and interrogated by police alone.

“It’s the same thing we saw just now in Rochester,” said Freeman. “It’s about criminalization of children, particularly Black and brown children that results in trauma to them, and it’s unnecessary trauma.”

The city called for AW’s detention, but the child was ultimately released to his father from Family Court, according to the Legal Aid Society.

“To this day, he is still traumatized about the cops. He’s scared every time he sees the cops,” AW’s father, Alphonso, said in a statement via Legal Aid.

Between 2016 and 2019, 250 children under 12 were arrested in New York City, according to the Legal Aid Society, citing NYPD data. Only 17 of those children were white.

School has also been a flash point for police-child interactions, where studies have shown that officers disproportionately restrain children of color.

Last June, the city Civilian Complaint Review Board released a report that found Black and Hispanic children show up in the majority of youth misconduct accusations against the NYPD — prompting an outreach campaign to young New Yorkers.

The report detailed Black children as young as 11 being stopped at gunpoint by police officers.

A Small Step Towards Reform

New York’s minimum age of prosecution for juvenile delinquency, 7, is the second lowest in the country, of states that have such restrictions.

Bailey said he is “pushing hard for the bill,” which he hopes will resonate with lawmakers after seeing the “horrifying” treatment of the Rochester girl.

Bill co-sponsor Senator Liz Krueger (D-Manhattan) said she was “appalled but sadly not surprised” by the Rochester incident, adding that she also will be supporting legislation banning the use of chemical agents against minors.

Previous iterations of the bill to raise the minimum age never made it out of committee discussions.

In response to the letter from advocates, Georgina Parsons, press secretary for Senate Majority Leader Andrea Stewart-Cousins (D-Westchester), said, “We will be discussing as a conference but the Senate majority, as evidenced by the historic legislation we have passed over the last two years, takes justice reforms very seriously.”

Richard Azzopardi, a top Cuomo adviser, did not respond to requests for comment on the letter. But he noted to THE CITY that a new state budget proposal would authorize the creation of crisis stabilization centers, funded through Medicaid, and additional police department training — neither of which are specific to children.

Gregg Stankewicz, director of the Adolescent Defense Project at Bronx Defenders, said the changes being pushed in Albany would mark a move toward a better juvenile justice system.

“It’s not going to eliminate all the issues, but you would hope that it’s going to reduce the number of very young children coming into contact with police,” he said.

This article was originally published on After ‘Horrifying’ Rochester Arrest, City Advocates Call on Cuomo to Keep Kids Out of Cop Hands