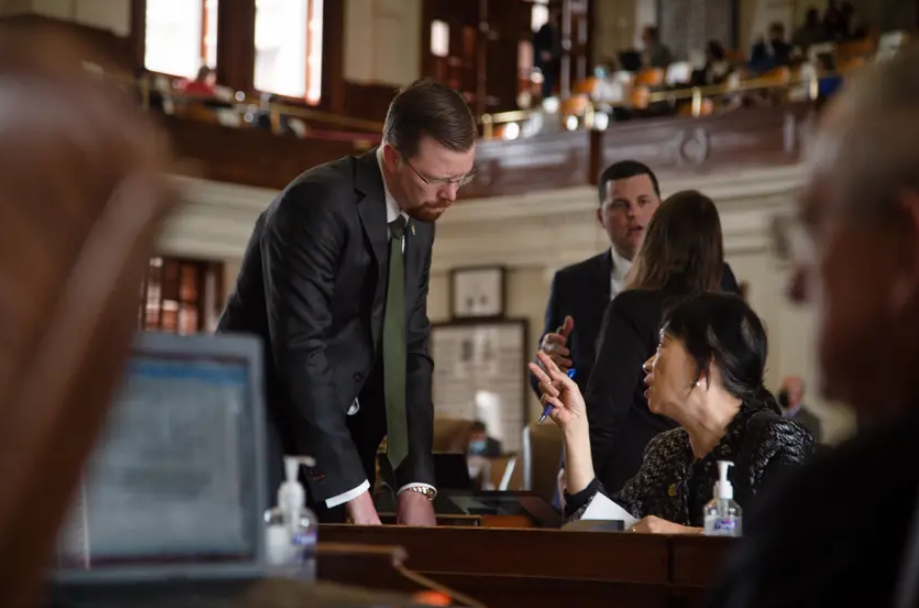 The Texas Legislature could have taken a swing at that, but didn’t. Lawmakers decided — in the most passive and unaccountable way available to them — to ignore the federal Medicaid expansion program that would pump billions into the state’s health care economy.

As lawmakers shift from legislating to campaign politics this summer, they’ll be counting — out loud, and for their constituents’ attention — the things they did in Austin during the first half of the year. In some cases, they’ll crow about the things they didn’t do.

The list is not complete, or even certain. No proposal can be considered completely dead while lawmakers are still roaming the Capitol. History is full of zombie legislation springing back to life in the final days of a session. But the zombie list is growing rapidly.

Medicaid expansion is a big one. Legislators also haven’t legalized casino gambling, or recreational marijuana. Efforts to get high-speed rail under construction in Texas are still idling at the station. Many of the promises made by politicians in the days after mass shootings in El Paso and Midland-Odessa remain unfulfilled. Some provisions of the original proposals in the George Floyd Act, written after a Black man from Houston was murdered by police in Minneapolis, have been diluted or lost.

Every voter will have a different ranking of the importance of those things. And the end of a legislative session always comes with an accounting of things that got done and things that didn’t get done. Some are politically important, some important for policy reasons. Some — a reliable electric grid in a state known for life-threatening weather extremes — are urgent. Access to health care during a once-every-100-years pandemic probably fits in that same category.

And that Medicaid issue will linger past the end of this legislative session. Earlier this year, the federal government reneged on a 10-year extension of another source of Medicaid funds — known as an 1115 waiver — that Texas uses to cover some of the costs of uncompensated hospital care. Uninsured people get some of their medical care in hospitals that have to provide the care even when patients can’t pay for it; the Medicaid money in the waiver helps reimburse those hospitals.

The feds prefer not to do things that way. They said so in their original 2015 letter to the state granting the 1115 waiver, writing that “coverage is the best way to assure beneficiary access to health care for low income individuals and uncompensated care pool funding should not pay for costs that would otherwise be covered in a Medicaid expansion.”

Texas has been using the waiver and its reimbursement of uncompensated care ever since, turning back legislative proposals to expand the state’s Medicaid coverage for uninsured Texans.

Now the federal government says the state’s 1115 waiver will expire at the end of September 2022. That’s before the Legislature comes back for another regular session, and the decision not to expand Medicaid this time could be part of the conversations between state and federal officials on how to pay for health care that expansion might have covered.

Lawmakers will return to Austin for a special session this fall to draw political maps for the congressional delegation, the State Board of Education and the legislators themselves. They can’t do that until they have detailed census numbers that won’t be available until September.

That offers a chance, if the governor and lawmakers want it, to add other items to the list of things under consideration in a special session. If the current regular session is an indication, Medicaid isn’t on the list of priorities. According to the U.S. census, 5.2 million Texans were uninsured in 2019; put another way, 18.4% of Texas residents had no health insurance — twice the national average.

Legislators knew about those uninsured Texans — and the hospital care they receive — when this session started, and still haven’t done anything about it.