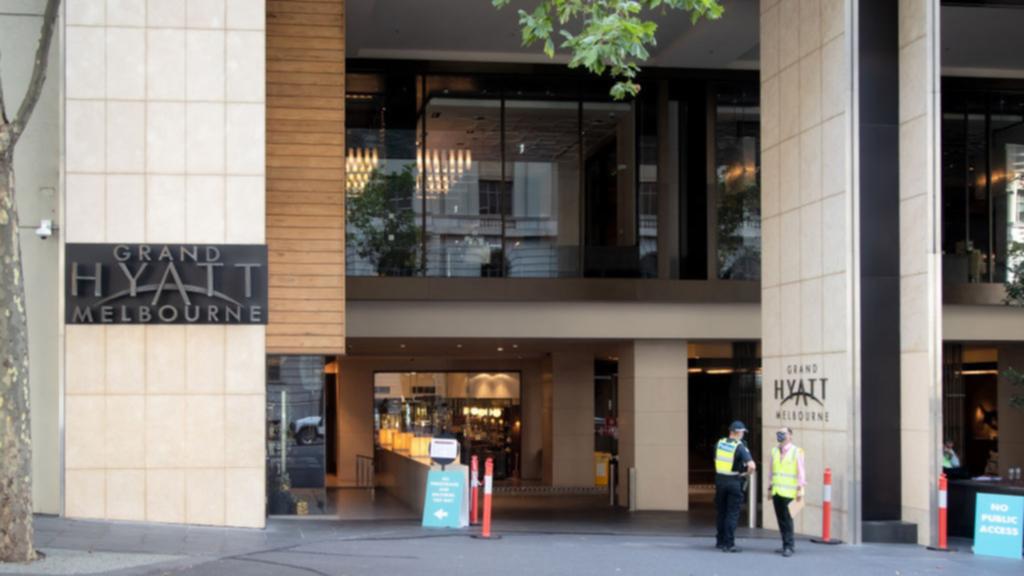 Victorians awoke to news this morning that another hotel quarantine staff member has tested positive for COVID, this time from the Holiday Inn at Melbourne Airport.

It’s the second case in a Victorian quarantine hotel in less than a week, after a resident support worker from the Grand Hyatt in central Melbourne tested positive for the virus on Wednesday night.

It again raises a question many have been asking for months: why is hotel quarantine situated in big cities, often in the CBD itself?

I believe it’s well and truly time to move quarantine to remote locations, to reduce the risk of transmission into dense urban areas.

What is wrong with quarantine hotels?

On March 27 2020, the National Cabinet agreed that, from March 29, all incoming travellers would be required to undertake a 14-day supervised quarantine period in a designated facility, and that was the beginning of quarantine hotels. Crucially, however, states and territories were left to choose the facilities, and pass state and territory legislation to enforce the requirements.

When these regulations were put into place, Australia was in a desperate hurry to find some way of quarantining returning Australians, and hotels were seen as a good solution to the problem. But there are two major problems with this approach.

The first is that hotels are not built for quarantine. They’re not designed to limit the spread of infectious diseases. Many do not have adequate ventilation.

The virus has escaped from quarantine in Sydney, Adelaide, Brisbane, Perth and Melbourne.

The spread of aerosols — tiny viral particles that can remain suspended in the air — has been implicated in many of these breaches.

The second problem is that most states are using hotels in the centre of their major cities. This means if the virus does escape, via an infected worker or otherwise, the potential for significant spread is higher because of the densely populated urban setting.

We have many rural quarantine options

It’s very hard to make a quarantine station 100% leak-free. At the end of the day, they’re run by humans, who occasionally make mistakes. And SARS-CoV-2 is a very contagious virus.

But if we move quarantine facilities out of cities to isolated places, any leaks would be much less likely to cause major transmission events.

The Northern Territory hosts returned travellers at its Howard Springs facility, 25km southeast of Darwin. So far, no quarantine staff have contracted the virus from residents.

The national hotel quarantine review, published last October, raised the possibility of using an RAAF base in Learmonth, northwest Western Australia, for quarantine. Christmas Island is another option, where travellers were quarantined when returning from Wuhan in February last year.

The Queensland government is in talks with the federal government over a proposed quarantine facility in Toowoomba, 125km west of Brisbane. A local construction company said it can build a 1,000-bed accommodation facility for staff, including the first 500 beds in just six weeks.

Another possibility would be the Woomera detention centre in rural South Australia.

Staff who would live and work at these facilities would also need to be paid extremely well. They would be living and working in remote areas, must live at the facility, and are putting themselves at risk of infection. Even cooks working at remote mining sites are paid handsomely.

The federal government needs to step in

One issue that arises from using rural quarantine is cost. It will be expensive to build and run these isolated facilities, and to fly workers in and out. It will also be expensive to fly returned travellers into these remote settings, presumably at the expense of the government. But what are the broader economic costs of continued outbreaks, and of the ensuing lockdowns? Any assessment of the costs should take this into account.

Another issue is that for rural or remote quarantine to work, the federal government would have to fund and implement the program. Under section 51 of the Constitution, it’s federal parliament’s responsibility to make laws about quarantine.

There will no doubt be arguments made that such a program isn’t worth it because we’re only a few weeks away from vaccinating border and quarantine staff.

But this misses the key point that vaccines won’t cause COVID to disappear overnight. The South African government has just stopped the rollout of the AstraZeneca vaccine because of its poor effectiveness against the South African variant. This virus will be with us for a long time to come, so relocating quarantine stations to remote settings is still a worthy investment.

This article was originally published on Another hotel worker tests positive in Melbourne. It’s time to move hotel quarantine out of cities