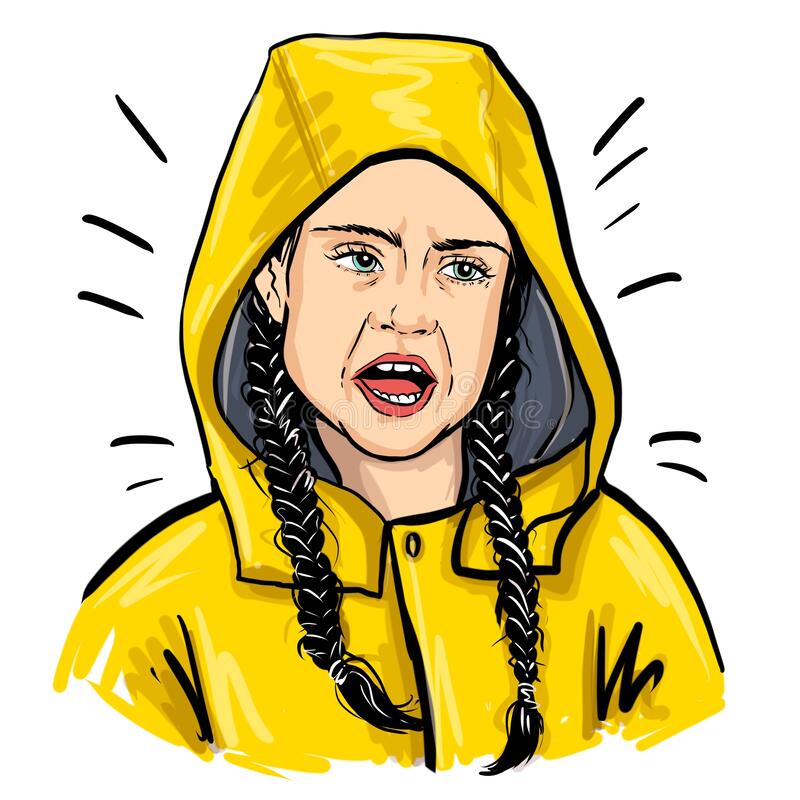 She was declared Time magazine’s person of the year in the same month that Donald Trump told her to “work on her anger management issues”. Greta Thunberg has attracted international attention since her lone demonstration outside the Swedish Parliament in August 2018. Her “school strike for the climate” has now grown into a global movement that has brought more than 10 million people onto streets worldwide to demand action on climate change.

In the same time that Greta Thunberg has become a household name, public concern about climate change has reached record highs in the US. But what role has Thunberg’s personal influence played in this? Do her speeches appeal to diverse audiences or is she simply preaching to the choir?

Based on a nationally representative survey of over 1,300 US adults, our study found that Americans who report being more familiar with Greta Thunberg also feel more confident that they can help mitigate climate change as part of a collective effort. They are also more willing to take action themselves, by contacting elected officials or giving time and money to campaigns. We call this the Greta Thunberg effect.

Seeing or hearing Greta Thunberg once doesn’t instantly turn someone into a climate activist. Nonetheless, we discovered a potentially important pattern of associations. Those more familiar with Thunberg were more likely to think their actions were effective and meaningful and were more intent on doing something about climate change. Our model seemed to show this might be the case because people who knew Thunberg’s story – how her lonely stand inspired millions around the world to join her – were more likely to recognise the potential for ordinary people to make a difference.

We wanted to know how widespread this effect might be, so we tried to find out which audiences Thunberg most appealed to. In her public appearances, she’s often surrounded by young people and her demands for climate action align most strongly with liberal policy preferences. Since people tend to listen more to those they identify with, we thought that young and left-leaning people would be more strongly influenced by her.

Surprisingly, the Greta Thunberg effect seems to be similar across age groups and the political spectrum for US adults, though it was stronger among liberals than conservatives. We didn’t survey children and teenagers, but we expect them to be most strongly influenced by Thunberg’s school strikes.

‘No one is too small to make a difference’

Pope Francis, James Hansen and Jeff Bezos have all tried to spur momentum on climate action using their religious, academic and financial authority. Greta Thunberg lacks any such elite status, so how has she been able to succeed?

Given the prevailing sense of doom about climate change, empowering people to take action requires an ability to convey that change is possible. In her speeches, Thunberg proclaims that “there is still time to change everything around”. Her Fridays for Future campaign is also founded on the empowering message that anyone – even school students – can make a difference.

Most importantly, Thunberg’s actions are consistent with her words. Her fiery demands to world leaders, whether at the United Nations or the US Congress demonstrate that anyone can – and should – challenge powerful institutions and people.

What does this mean for climate action?

How can we be sure that our findings reflect Greta Thunberg’s own effect and not the influence of climate activism more generally? The short answer is that we can’t. But to help isolate Thunberg’s influence, we asked our study participants to rate their support for climate activism and found that familiarity with Thunberg remained relevant even when controlling for this.

Of course, there are other things that could explain why people may want to take action on climate change, such as their prior support for environmental reform or their having heard about climate change in the news. But much of this is already captured indirectly by political ideology in our model, which is one of the most important predictors of what a person reads and how much they support climate action. So, while there are many reasons people might want to tackle climate change, being familiar with Greta Thunberg appears to have a unique influence on the extent to which they feel empowered to make a difference.

But what if the Greta Thunberg effect is actually operating the other way? Did we instead find that people who are already more likely to act on climate change are just more familiar with Greta Thunberg? We can’t be certain because this type of study can’t prove cause and effect, it can only show associations. But statistical tests showed that this reverse explanation did not explain the data as well as our original one. Of course, reality may be more complex than what our models can capture. A positive feedback loop – where both explanations operate in tandem to inspire climate action – is also possible.

Future research can build on our findings using controlled experiments, but the patterns in our data at least suggest that Greta Thunberg is a particularly inspirational leader in part because she’s a convincing example that sudden, big change is possible. Now, how can activists amplify their own impact? Considering how politicised climate change is, one answer might be appealing to people across the political spectrum by highlighting aspects of their identity that they tend to share with the wider public. The Greta Thunberg effect suggests that calls to action may be able to mobilise broad segments of society, regardless of age or politics.

This article was originally published on Greta Thunberg effect: people familiar with young climate activist may be more likely to act