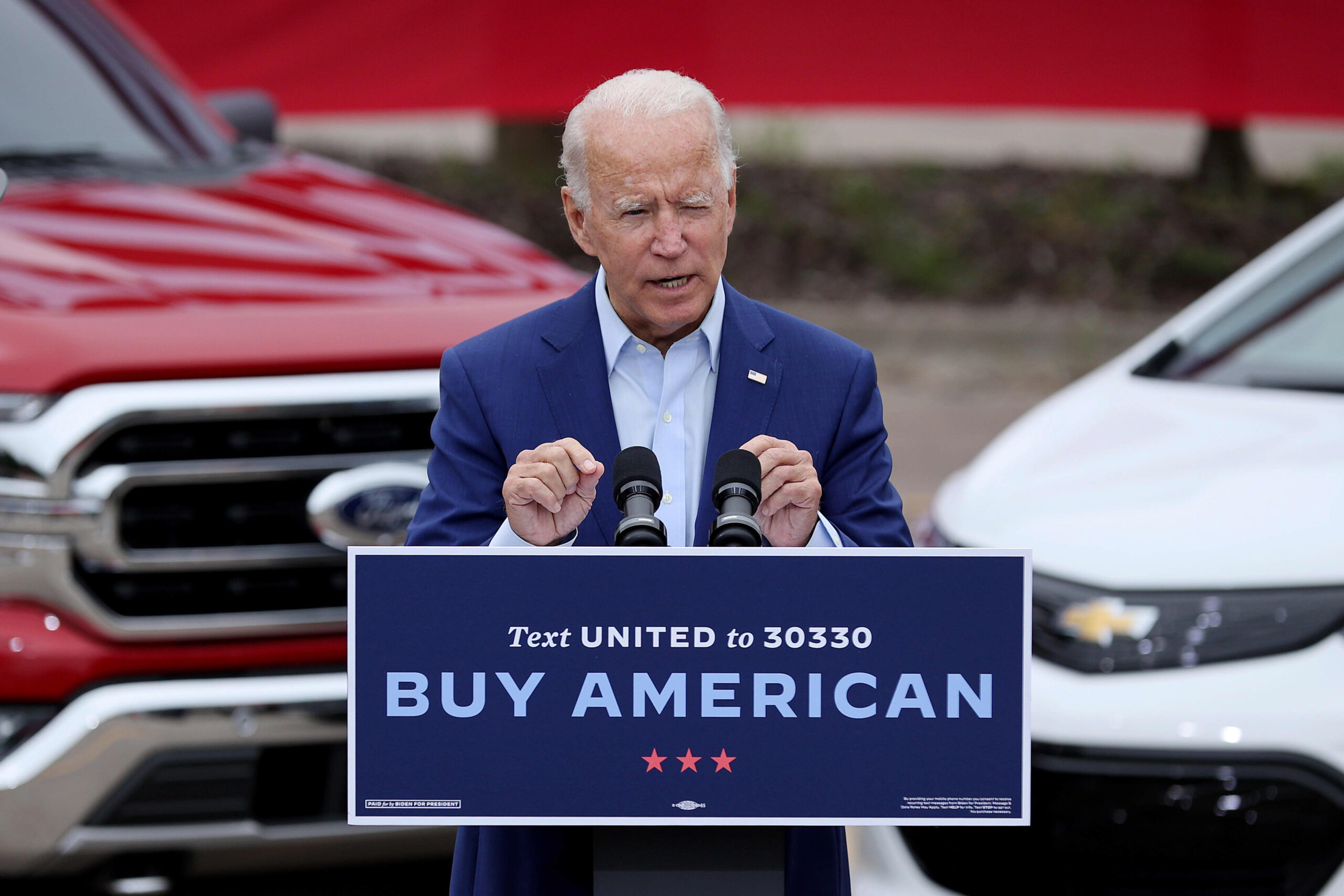 In a highly orchestrated and publicized White House gathering this month, President Joe Biden presented a detailed plan for the development of a U.S. fleet of clean, high-mileage electric automobiles that would reduce reliance on gasoline and generate thousands of good union jobs. It’s a new, government-encouraged, taxpayer-subsidized auto world. The plan calls for U.S. auto production to become 50% electric by 2030. Today, the electric share stands at a paltry 2%.

Top leaders from Ford, GM, and Stellantis (formerly Fiat-Chrysler), along with environmentalists and governors, were prominently invited to share in the announcement. Yet the absence of any non-union, America-located auto producers was glaring. There were no representatives from Hyundai, Nissan, or Toyota – companies that have long produced popular vehicles within our borders and recently expressed some support for Biden’s goal. Also striking was the absence of Tesla’s Elon Musk, the world’s acknowledged leader in the electric car and battery revolution. Tesla is an American firm, but it is not unionized.

Biden’s plan for America’s electric car future, in other words, is union made.

When asked if the White House did not invite Musk because Tesla is not a union shop, Press Secretary Jen Psaki pointed out that the president invited the three largest employers of United Auto Workers (UAW) members and said: “I’ll let you draw your own conclusion.”

It’s worth noting that according to the White House’s electric car briefing materials, the 50% electrification goal is “calibrated to provide time for existing manufacturing facilities to upgrade without stranding assets, upgrades that will be catalyzed by the Build Back Better Agenda, and lean into a path that expands domestic U.S. manufacturing with union workers.” (Emphasis added.)

To support the union worker expansion, pending legislation would replace the current $7,500 tax credit for electric car purchasers with a White House-endorsed $10,000 for nonunion-produced cars and $12,500 for union-produced cars.

President Biden’s apparent UAW deal, if made good through legislation, will deliver critical union support during the difficult transition from gasoline to electric. The union has just 250,000 auto workers now, compared to 1.5 million in the 1970s, and its leadership knows that producing electric cars requires far fewer parts and skilled workers than producing gasoline-powered vehicles does. This translates to fewer and lower-paid workers, assuming the UAW market doesn’t somehow increase (a tall order, with so many Americans buying Toyotas and Teslas).

So the move to electric could prove to be the last nail driven into the UAW coffin – unless Biden and Congress come to the rescue.

In order for Ford, GM, and Stellantis to become successful electric car sellers, they will need a national recharging network. Will they have to duplicate Tesla’s privately funded charging network? No: President Biden calls for American taxpayers to pick up the tab for the unionized car producers and everyone else. Of course, the federally funded charging network may work for all kinds of electric cars, which would benefit all producers. Still, the old Big Three will avoid the capital cost of building their own systems, and presumably their UAW labor force will benefit.

Organized labor has supported Joe Biden’s political career, and in politics, you “dance with them that brung you.” But does the president really believe that nonunion jobs with Hyundai, Kia, Nissan, and Toyota are inferior to UAW jobs at Ford, GM, and Stellantis?

Tell me it isn’t so.