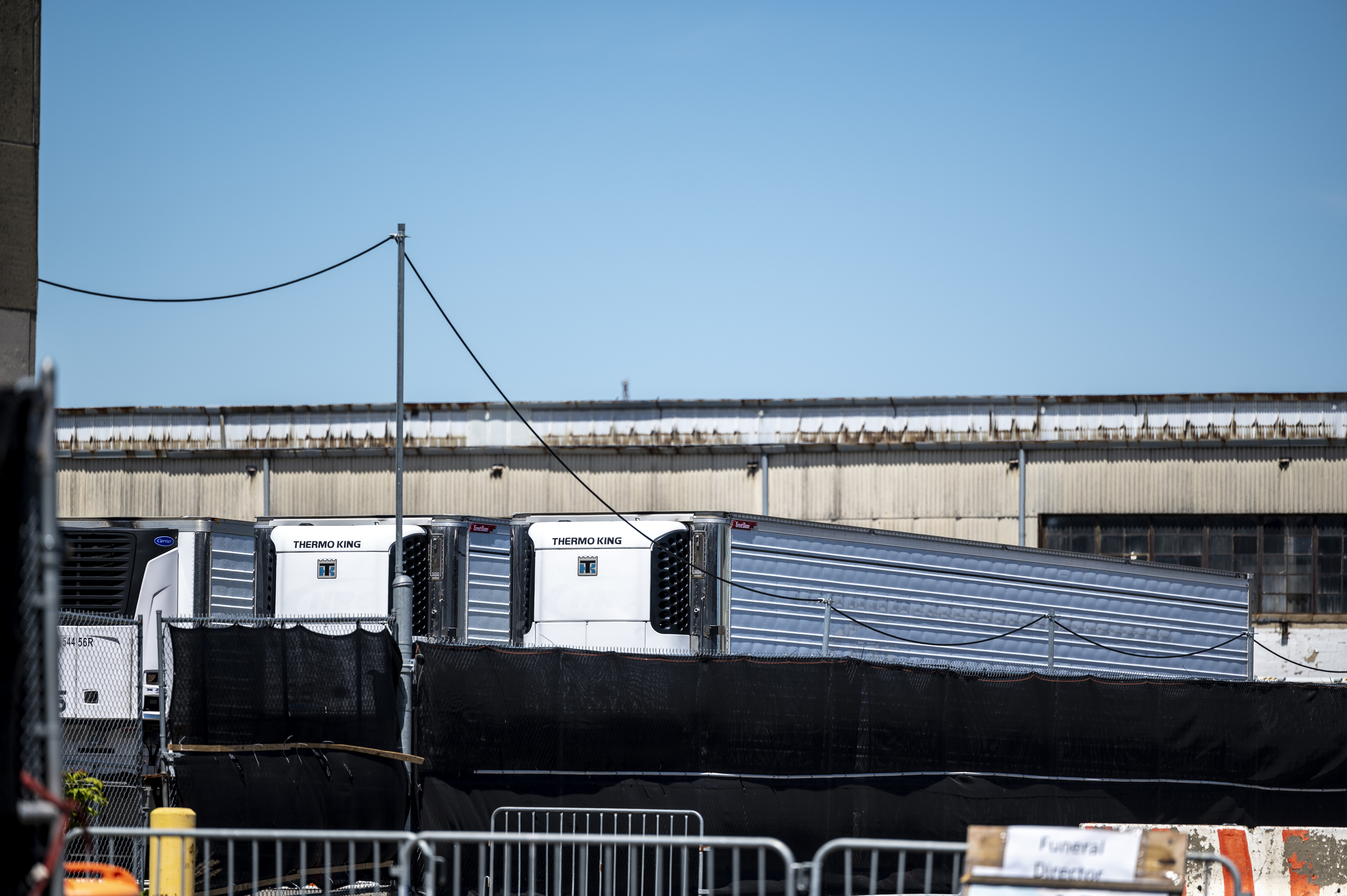 The city still has the bodies of about 750 New Yorkers who died during the pandemic in refrigerated trucks at Brooklyn’s 39th Street Pier, with no timetable for when their remains will be moved to Hart Island or elsewhere, officials disclosed this week.

The city will try to reduce the number of bodies being held on the Sunset Park pier “in the near future” and let families know about the transfers, Dina Maniotis, a deputy commissioner with the Office of Chief Medical Examiner, told a City Council committee Wednesday.

Hundreds of bodies have been stored in trucks since April 2020, fluctuating between 500 and nearly 800, according to various medical examiner estimates compiled over the past 13 months by Columbia’s Stabile Center for Investigative Reporting and THE CITY as part of the MISSING THEM project.

Most of the families of those in cold storage have told the city they would prefer to have their loved ones moved to Hart Island, the city’s potter’s field — or they have stopped “engaging” with officials entirely, Maniotis said, making it likely the bodies will end up on Hart Island.

“We will continue to work with families,” Maniotis told the Council’s health committee. “As soon as the family tells us they would like their loved one transferred to Hart Island, we do that very quickly.”

In a follow-up statement to THE CITY on Thursday, the medical examiner’s office said it would have “further discussion with the families on their final decision and the timeline.”

‘Why are We Delaying?’

Hart Island is the final resting place of more than one million New Yorkers, many of whom lacked the funds for a private burial. The island’s history as a public burial ground dates to the Civil War.

“Why do we have these temporary storage facilities?” asked City Councilmember Mark Gjonaj, a Democrat whose largely Bronx district includes Hart Island. “If there is capacity and those families have already expressed the willingness to have their loved ones buried in a public burial at Hart Island, why are we delaying that any longer than we have to?”

HRA said it couldn’t disclose any additional details about the bids, which closed March 5. Trips to Hart Island, which will be open to the public, are set to resume May 15. There are plans for about 20 trips a month, each capped at 10 people, according to the city.