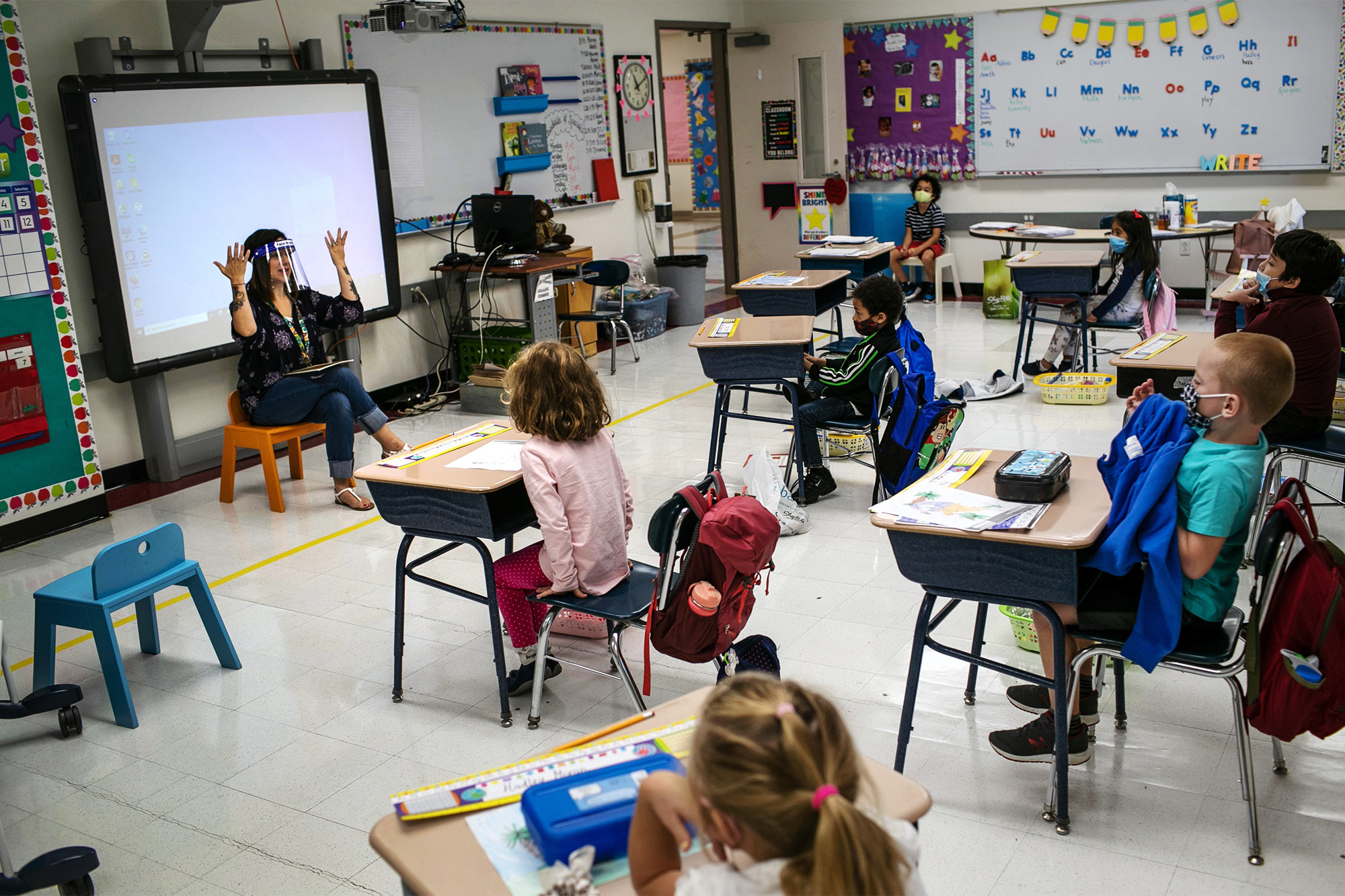 A grassroots group of conservatives and Republican state leaders is pushing back after the Biden administration tied federal education funding to adopting controversial critical race theory teachings in schools’ curriculum.

The Biden administration in April proposed a new Department of Education rule that gives preference in grant awarding to schools that incorporate into their curriculum content from the “1619 Project,” a controversial history project that is the most prominent work containing critical race theory ideas.

Critical race theory proponents argue that “the law and legal institutions in the United States are inherently racist insofar as they function to create and maintain social, economic, and political inequalities between whites and nonwhites, especially African Americans,” according to Britannica.

In the rule proposal, the Department of Education specifically notes the “1619 Project,” a long-form history writing project carried out by the New York Times that has come under heavy scrutiny from historians and many on the right. Notably, the 1619 project promoted an idea central to many critical race theorists, the teaching that racism and protecting slavery was a driving motivation for the American revolution. The New York Times later walked back that assertion.

“If you remember, The 1619 Project says America’s not founded in 1776 with our revolution, it’s not founded in 1788 with the adoption of our Constitution,” said University of California at Berkley Professor of Law John Yoo. “It’s really founded in 1619 when the first African-American slaves are brought to the United States, and our history ever since then has been one of oppression.”

Critics argue it over-emphasizes the role of racism in American history and is politically motivated revisionist history.

“Parents in particular fear the dissemination of illiberal ideas to their children under the guise of ‘equity,’ and have begun to band together to challenge the movement at the state level,” the Manhattan Institute said in a statement.

Republican lawmakers sent a letter to the Biden administration last week arguing taxpayer funds should not be used to promulgate the theory but no response has been reported so far.

The DOE’s rule proposal references multiple controversial anti-racist activists and says schools will be given funding preference if they “take into account systemic marginalization, biases, inequities, and discriminatory policy and practice in American history” and help students in “understanding their own biases.”

Several states have taken up the fight against critical race theory in the education system, including Louisiana, Florida, Texas and Tennessee, among others.

The Texas Senate passed a bill last week to prevent the states’ teachers from being forced to comply with any mandates to teach critical race theory.

“Texans reject critical race theory and other so-called ‘woke’ philosophies that maintain that one race or sex is inherently superior to another race or sex or that any individual, by virtue of his or her race or sex, is inherently racist, sexist or oppressive,” Texas’ Republican Lt. Governor Dan Patrick said. “These divisive concepts have been inserted into curriculums around the state, but they have no place in Texas schools.”

Republicans in other states have pushed back against the DOE rule, saying local leaders have authority over education in their states, not the federal government.

“When Texan parents send their children to school, they expect their students to learn to think critically without being forced to consume misinformation about our country’s founding and the biases of advocacy groups that seek to belittle our democracy and divide us,” Patrick said.

“Florida civics curriculum will incorporate foundational concepts with the best materials, and it will expressly exclude unsanctioned narratives like critical race theory and other unsubstantiated theories,” Desantis said.

A grassroots swell of Americans, mostly on the right, are pushing back against the ideology and argue their tax dollars should not be used to fund it.

“It has come to the President’s attention that Executive Branch agencies have spent millions of taxpayer dollars to date ‘training’ government workers to believe divisive, anti-American propaganda,” Russell Vought, director of the Office of Management and Budget under Trump, wrote in a letter to the heads of federal agencies last September.

“These types of ‘trainings’ not only run counter to the fundamental beliefs for which our Nation has stood since its inception, but they also engender division and resentment within the Federal workforce,” the letter reads.

The Trump administration’s letter sparked headlines and backlash. However, he received praise from Republicans, many of whom say they are wary of left-leaning curriculum that presents anti-American sentiments, especially when used for educating children.

The Biden administration’s push for critical race theory at the federal level has provided a rallying point for Republicans to attack Biden and use his views for fundraising and campaigning going into 2022.

“On Day One, through executive order, I will immediately instruct the Georgia Department of Education to prohibit the teaching of Critical Race Theory within our public schools,” Vernon Jones, Republican candidate for governor of Georgia, wrote on Twitter. “It’s time for our schools to stop teaching our kids to hate America.”

“If you’re looking for institutional racism, it exists within Critical Race Theory,” said conservative author and speaker Candace Owens. “Ban it. At every level. It is the new Jim Crow.”

Beyond the state level, critical race theory is also shaping up to be a defining issue of the 2024 presidential race. Those leaders considered top contenders for the Republican nomination – Florida’s Desantis, Sen. Josh Hawley, R-Mo., and former Vice President Mike Pence – have all been vocal critics.

Hawley called for an investigation into the use of critical race theory in federal agencies last year, and DeSantis has used a common conservative line of attack against the educational dogma, calling it “marxism” on Fox News.

“I do think we need to rediscover in our K-12 system the founding of the country, what makes our country unique,” DeSantis said. “But when you do that, it’s got to be true and solid and factual. And you can’t let it become infected with left wing ideology like Critical Race Theory.”

“Critical race theory is basically teaching people to hate our country, hate each other,” he added. “It’s divisive and it’s basically an identity politics version of Marxism.”