Please ensure Javascript is enabled for purposes of website accessibility City Council Members Bringing Back Participatory Budgeting for Some, Not All - Mid Year Media Review
Skip to content 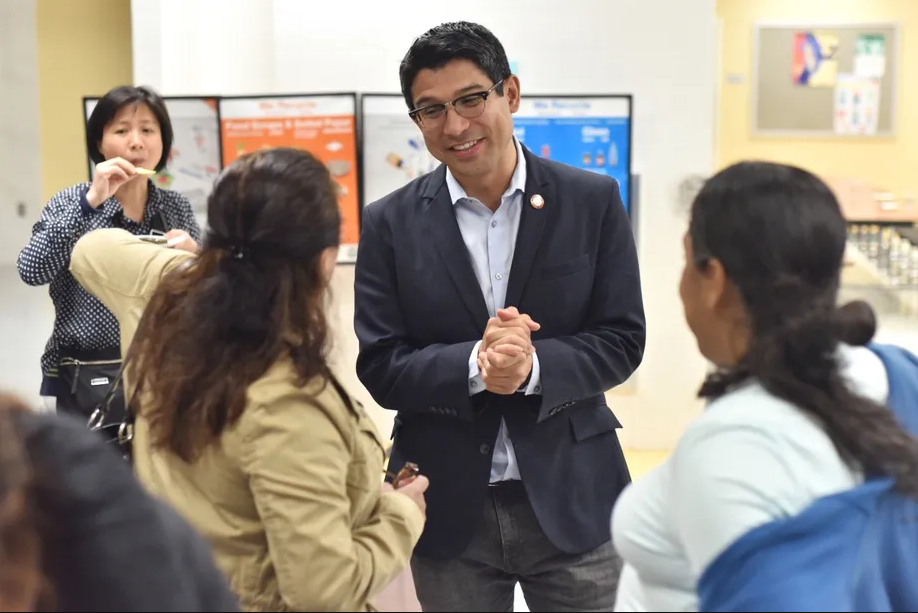 At the onset of the pandemic last year, the city suspended participatory budgeting — the grassroots democratic process that allows the public to propose community projects, develop them with experts and then vote on which ones to fund.

On Monday, four City Council members — three of whom are running for higher office — announced they’re bringing back the program for their districts in time for its 10th anniversary. This time, the proceedings will all be online due to the COVID-19 crisis.

Lander, a candidate for city comptroller, earmarked more than $1.5 million to fund projects in his district, which includes Carroll Gardens, Park Slope and Windsor Terrace. Menchaca, who is running for mayor, put aside $2 million in capital funding for his district, which encompasses Red Hook and Sunset Park.

“The most important thing about democracy is participation,” Menchaca told THE CITY. “And participatory budgeting has given us the ability as Council members, representatives of the districts, to bring that power back to people so that they can decide how to invest capital money into their communities.”

Kallos, a candidate for Manhattan borough president whose district includes the Upper East Side, designated $1 million. Levin put aside $30,000 for his district, covering north Brooklyn waterfront neighborhoods, including Greenpoint and Williamsburg.

Residents of those districts will be able to vote for project proposals from April 5 to April 14 on websites created by their Council member’s office.

Past projects that got funded have included improvements to playgrounds, increased neighborhood video surveillance and an all-gender bathroom installed at a school.

In 2019, more than 118,000 New Yorkers voted on projects, allocating more than $39 million for 145 of them, according to Juan Soto, a City Council spokesperson.

But the program got suspended last March due to safety precautions, as well as concerns that voting entirely online would have disenfranchised too many people, said Soto, whose boss, City Council Speaker Corey Johnson, is also running for comptroller.

Lander said it’s possible to restore participatory budgeting “in ways that are mindful of the racial and economic inequality we saw so painfully during the pandemic.”

The Civic Engagement Commission, established by the 2018 referendum, wasn’t able to expand participatory budgeting citywide due to the mayor’s emergency order.

The order halted certain government operations, “including suspending the deadline for citywide participatory budgeting for the duration of the COVID-19 emergency declaration,” said Daniel Abramson, a spokesperson for the Civic Engagement Commission. “This executive order remains in effect.”

But the Commission did launch a modified pilot program for young people that started in October.

“New Yorkers age 9 through 24 voted on how to allocate $100k on a range of proposals addressing topics like arts & culture, mental health, education, and job training,” Abramson wrote in a statement. “Not only did youth decide how to allocate the funding but they were critical to shaping and running the process itself.”

In early March, the Commission announced five winners of the online “It’s Our Money” program, including a garden project, mentorship program and music training.

Caron Atlas, director of Arts & Democracy, an organization that helps New Yorkers create visual representations of their proposals, said she was at a workshop last year when she heard the city suspended participatory budgeting.

“We’d gotten about halfway through it last year, and everything was put on pause,” Atlas said.

Atlas applauded the Council members who decided to bring it back, as well as the community members who demanded that the participatory budgeting be restored.

“My feeling is during the pandemic — and this is speaking as a community member — you feel like everything’s out of your control, right?” she said. “Everything is happening to you and you have very little agency within it, and within PB you do have agency. That’s why I’m so enthusiastic about it.”

This article was originally posted on City Council Members Bringing Back Participatory Budgeting for Some, Not All