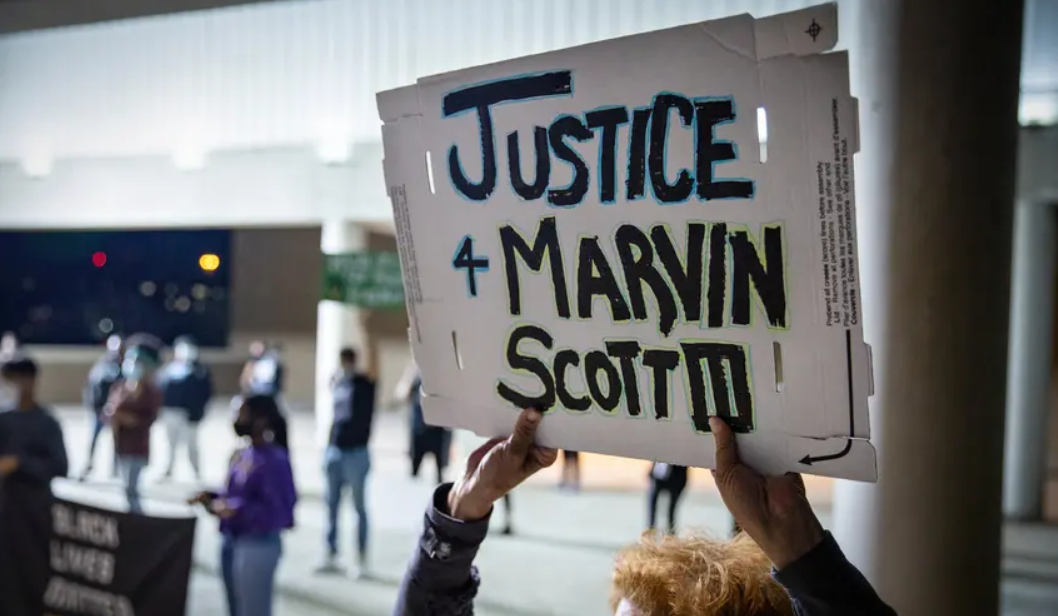 A grand jury on Tuesday declined to indict eight Collin County officers on charges related to Marvin Scott III’s death in March after they restrained and used pepper spray on him in custody, according to multiple news reports.

Since Scott’s death, family members had led demonstrations outside the Collin County jail nearly every night, calling for the officers’ arrest. But on Tuesday, The Dallas Morning News reported, a grand jury released a statement on their decision and said no probable cause was found to charge anyone with a crime.

The grand jury recommended the formation of a group to study Scott’s death, which had been ruled a homicide in April, and to prevent similar incidents from happening again, The News reported. They said the group, which would include community leaders, criminal justice officials and mental health professionals, should find solutions to treat people with mental health issues who come into contact with law enforcement.

S. Lee Merritt, the Scott family’s lawyer, said on Twitter that they were disappointed with the grand jury’s decision. He wrote that the evidence provides “more than sufficient probable cause for indictments,” and that the family looks forward to a federal grand jury review of the case.

“The failure of prosecutors to secure indictments in this matter reflects a trend in Texas of undervaluing the lives of African American’s suffering mental health crisis,” he wrote.

On March 14, Scott, 26, was arrested at an outlet mall in Allen on a marijuana charge. Officers said he possessed two ounces — a misdemeanor. According to Merritt, Scott sometimes used the drug to self-medicate after receiving a schizophrenia diagnosis two years prior.

Allen officers transported him to a hospital for what police called “strange behavior.” Then, he was taken to the county jail, where jailers restrained Scott, used pepper spray and covered his head with a spit hood, a controversial device meant to keep a person from biting or spitting on an officer. Scott became unresponsive that night and was later pronounced dead at a hospital.

On April 1, seven corrections officers were fired after an investigation into the incident, and an eighth officer resigned. Since then, one has been reinstated through the civil service process. Zach Horn, a lawyer representing six of the jailers, has said that his firm would seek reinstatement for the officers who wanted their jobs back, according to The News.