Please ensure Javascript is enabled for purposes of website accessibility Rich Investors Stripped Millions From a Hospital Chain and Want to Leave It Behind. A Tiny State Stands in Their Way. - Mid Year Media Review
Skip to content 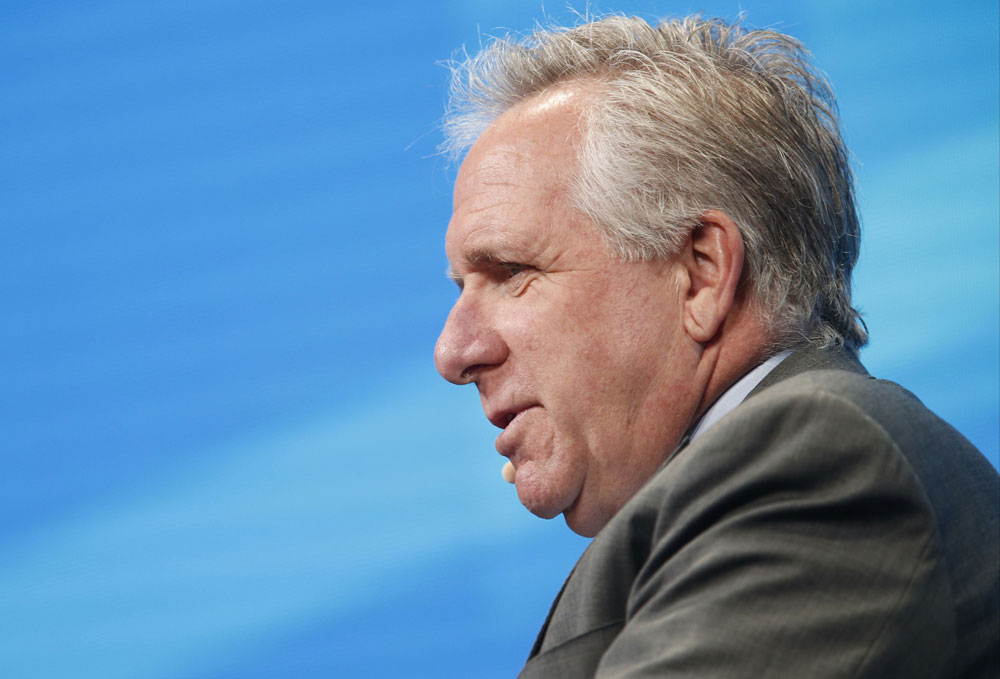 In a David-and-Goliath battle, a group of Rhode Island officials and a union for hospital workers have so far stymied a multi-billion-dollar private equity fund’s attempt to unload its controlling stake in a national for-profit hospital chain. Investors led by the private equity firm, Leonard Green & Partners, previously extracted $645 million in dividends from the investment, and the firm now seeks to leave behind another $1.3 billion in financial obligations at the chain. In the face of more than a year of often-vehement public opposition in Rhode Island, the hospital chain suddenly agreed in the final days of December to pay $27.25 million to resolve a group of lawsuits they had previously refused to settle. But a Jan. 29 deadline for the state to approve the deal has been extended indefinitely and other obstacles remain.

Leonard Green and the hospital chain, Prospect Medical Holdings, were the subject of a ProPublica investigation in September that explored Prospect’s history of patient-care violations — including some that posed “immediate jeopardy” to patients, according to multiple government findings — along with complaints about deteriorating facilities, broken financial commitments and allegations of Medicare fraud surrounding the company. These problems surfaced over the past decade, after the private equity firm purchased the company in 2010. Prospect has defended its quality of care and denied any improprieties.

Leonard Green, which owns about 60% of the hospital chain, announced plans in October 2019 to sell its stake to Prospect CEO Sam Lee and his longtime business partner for $12 million plus the assumption of $1.3 billion in lease obligations. The $12 million is to be paid by the company, not the two executives. As Prospect previously told ProPublica, “In effect, the company’s money is their money.” At the time the deal was announced, Prospect said it expected the sale to close by the spring of 2020.

The transaction breezed past regulators in four states where Prospect owns a total of 15 hospitals. But not so in Rhode Island, where Prospect owns its other two hospitals. The sale of the two Rhode Island hospitals — and thus the entire deal — requires approval from the state’s health department and attorney general, which first must conduct a review process to assure the transaction meets nine statutory criteria.

The Rhode Island officials have subjected the transaction to a high level of scrutiny. There have been multiple rounds of public hearings and questions to both Prospect and Leonard Green, generating thousands of pages of submissions in response. The state has sought details on topics such as COVID-19’s impact on the company’s finances and has requested interviews with multiple company officials, including the CEO.

As criticism of Prospect grew during 2020, Rhode Island officials first delayed their decision on the sale to November, citing missing documents and unanswered questions, then extended it again to the end of January 2021. On Jan. 18, the health department and attorney general wrote to Prospect confirming that the Jan. 29, 2021 deadline would be “extended,” and advised the company, “as of this date, we do not have a new deadline for completing the review.”

Proposed legislation in Rhode Island threatens to further stall the deal. The bill comes from state senate president Dominick Ruggerio, a Democrat, who previously wrote a letter urging regulators to subject the Prospect sale to “the utmost scrutiny” and warning that approval posed “a probability of serious harm to the health and welfare of all Rhode Islanders.” On Jan. 12, Ruggerio introduced a bill, citing Prospect’s two Rhode Island hospitals, that would impose a one-year moratorium on all hospital ownership transfers “involving a for-profit corporation as acquiree or acquiror.” The bill has nine co-sponsors.https://3dde2b150d906ef2475c6071ab8e1559.safeframe.googlesyndication.com/safeframe/1-0-37/html/container.html

Prospect and Leonard Green declined to comment on the bill. Responding to questions through an outside spokesman, they said they have no intention of abandoning their plans for the company’s sale. “Based on our communications with RI regulators,” they stated, “we expect to complete the transaction in the coming months.”

Prospect has managed to silence one prominent group of Rhode Island critics by reversing course and, on Dec. 30, agreeing to settle multiple fraud lawsuits with a $27.25-million payment. The money is part of a broader settlement with the court-appointed receiver for the employee retirement plan at Our Lady of Fatima hospital, one of Prospect’s two facilities in the state. The plan was declared insolvent and placed in receivership in 2017. The receiver then sued the company, asserting that Prospect had misled the public and 2,700 current and past hospital employees about the pension fund’s financial health. The receiver demanded that Prospect help make the fund whole. The company denied the claims, pointing out that its 2014 purchase of the hospitals included contract language absolving it of any future liability for the retirement plan.

The settlement, subject to multiple court approvals that will take several months, will end the receiver’s public opposition to Prospect’s pending sale. As late as Dec. 10, the receiver’s special counsel told a public hearing that Lee and his partner were “predators,” using the hospitals “as their private piggy banks.” A financial consultant for the receiver also warned in a report that Prospect’s financial statements through fiscal year 2019 (even preceding the financial stress caused by the COVID-19 pandemic) revealed a worsening “state of insolvency” and “imminent” bankruptcy, absent a big capital infusion. (A Prospect spokesman disputed the claim, insisting that the company had “ample liquidity.” The company’s 2020 financial results have not been made public yet.)

The settlement agreement explicitly requires the receiver to notify state regulators that his objections to the sale are withdrawn. It also bars “any statements to media which would reasonably be expected to cause the reader or hearer thereof to question the solvency or honesty of, or the quality of care or other services provided by” Prospect.

Other Prospect critics remain undeterred. They include United Nurses & Allied Professionals, the union for hospital workers at Our Lady of Fatima; elected officials, including five Democratic members of the U.S. Congress, Rhode Island’s state treasurer and its senate majority leader; and the Private Equity Stakeholder Project, a union-backed research group that has produced critical reports about Leonard Green’s conduct and lobbied the firm’s public pension fund investors.

Prospect has conducted a public relations counter-offensive. After the retirement plan settlement was announced, the company took out a large ad in The Providence Journal, stating that by making the $27 million payment, it was “helping our retirees and employees,” and doing so “because we are fully committed to Rhode Island.” A second ad solicited support for the company’s sale: “Today, Prospect seeks state approval to allow its founders to buy out the outside investors in Prospect. With all that Prospect has done for Rhode Island, and will continue to do, we hope the state will recognize the benefits and approve this request.” The company issued a press release noting that an outside monitor for the state had found that Prospect had met the commitments it had made for capital spending at the two hospitals.

The union is responding to Prospect’s claims with a postcard that is being mailed this week to 4,000 state opinion-makers. It warns: “RHODE ISLANDERS BEWARE! PROSPECT MEDICAL HOLDINGS IS A WOLF IN SHEEP’S CLOTHING.” The mailer urges recipients to press state officials to reject the proposed sale.

Chris Callaci, general counsel for the Fatima hospital union, said his group is also considering running a radio ad to boost public opposition to the sale. The union, which initially welcomed Prospect’s acquisition of the two hospitals in 2014, has waged a series of battles with company management in the years since.

Callaci told ProPublica that attorneys representing Prospect approached him to explore what it would take to get the union to drop its opposition, but that the discussions went nowhere. “We can’t find anything that will make us feel comfortable they’ll be good stewards of these safety-net hospitals in Rhode Island,” he said. “As far as the union’s concerned, they’re not welcome in Rhode Island.”

At least part of the delay in approving the sale in Rhode Island appears to be self-inflicted by Prospect. In late October, the company — which has a lengthy history of litigation — threatened to sue an accounting firm hired by Rhode Island to assess the deal because a former accountant at the firm made critical comments to ProPublica about a company that Prospect CEO Lee had been involved with more than a decade ago. In response, Rhode Island terminated the accounting firm’s contract to avoid any “perception of impropriety, motivation, and influence.” The state informed Prospect that the termination would delay the review process as Rhode Island needed to hire a new accounting firm. That in turn led Prospect to retract its threat of legal action and say, in effect, never mind.

It was too late. Prospect’s about-face, a Rhode Island official responded, couldn’t remove “the initial taint of the original receipt of threatened litigation.” (Prospect declined to comment on this matter.)

This article was originally published on Rich Investors Stripped Millions From a Hospital Chain and Want to Leave It Behind. A Tiny State Stands in Their Way.