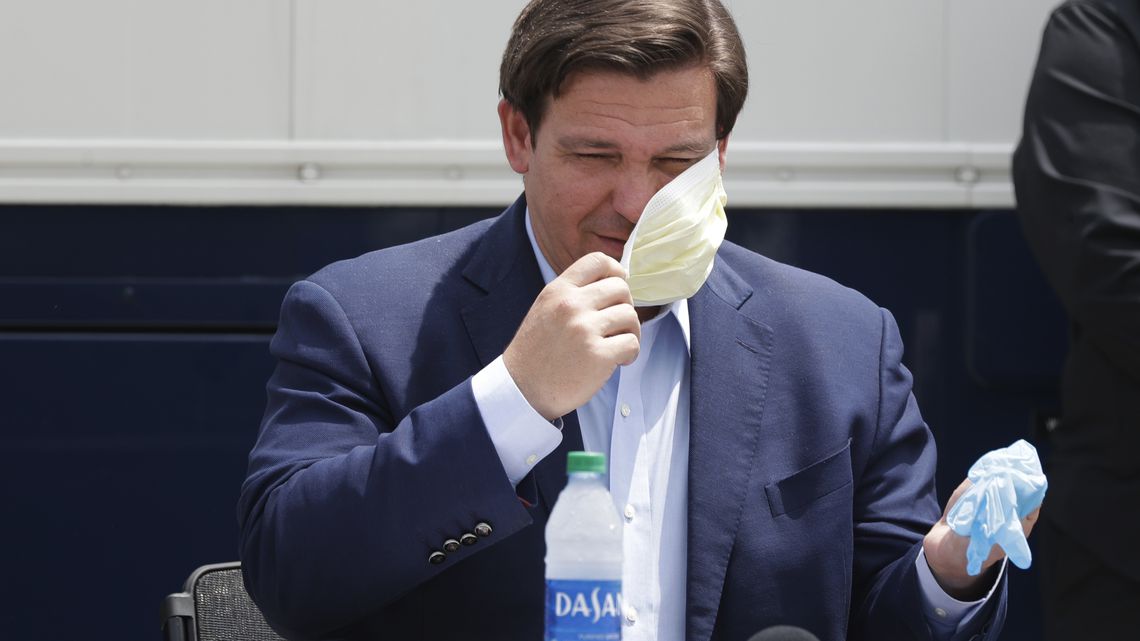 He ended it with an 11:23 p.m. email announcing he’d signed more bills into law, including a long-debated measure requiring out-of-state online retailers collect sales taxes on digital purchases made by Floridians.

Passed by the House and Senate on April 8, the governor had until midnight Monday to veto Senate Bill 50 or it automatically went into effect Tuesday 12:01 a.m., with or without his signature.

DeSantis’ spare email without comment arrived the waning hour before the deadline, snuffing speculation he would veto SB 50 after not including revenues from increased online sales tax collections in his budget request and his cool ambivalence to SB 50, sponsored by GOP state committee chair Sen. Joe Gruters, R-Sarasota.

But, with 37 minutes to spare, DeSantis signed the bill, drawing sighs of laudatory relief from proponents.

State business groups, spearheaded by the Florida Chamber of Commerce, lobbied for SB 50 as an “e-fairness” measure to even the playing field between out-of-state online retailers and Main Street brick-and-mortar businesses.

Florida and Missouri are the only two of 45 states that levy sales taxes that haven’t tweaked tax collection regulations in the wake of 2018’s South Dakota v. Wayfair Supreme Court ruling that confirmed online retailers must collect state sales taxes.

SB 50 mandates online retailers that sell at least 200 items or $100,000 worth of items remit the state’s 6% sales tax, plus whatever sales taxes are levied by local governments, to generate an estimated $1.3 billion annually for state and local governments. It goes into effect July 1.

Gruter-led efforts to adopt an “e-fairness” laws fell short in 2019 and 2020, but his 2021 bill gained traction after he introduced “revenue neutral” tweaks similar to a Missouri proposal that would cut taxes for Florida businesses by approximately $1 billion a year.

Under SB 50, increased sales tax revenues will replenish the state’s Unemployment Compensation Trust Fund to prevent a tax hike on businesses. Florida unemployment taxes jumped from $7 per employee last year to $49 this year and, some project, could go to $87 next year.

Once the unemployment fund is restored to $4 billion, an amendment added April 8 would use additional sales tax revenues to lower the unique-to-Florida business rental tax from 5.5 to 2 percent.

“The tax cut on business rent is an added bonus,” Florida Retail Federation President/CEO Scott Shalley said. “With this cost savings, Florida businesses across all sectors of the economy can reinvest in their community, create jobs and grow their businesses.”

“The combination of each of these provisions will certainly have significant and lasting benefits on Florida’s fiscal landscape, leading to a more prosperous future for all,” he said.

The bill was opposed Republicans Rep. Anthony Sabatini, Howie-In-The-Hills, and Anthony Rodriguez, R-Miami, because they view it as a tax increase. About half the Legislature’s Democrats objected because all revenues are funneled into tax cuts.

“Governor just signed a bill into law to increase your taxes and give the new revenue of $1 billion to businesses,” Rep. Anna Eskamani, D-Orlando, tweeted late Monday.