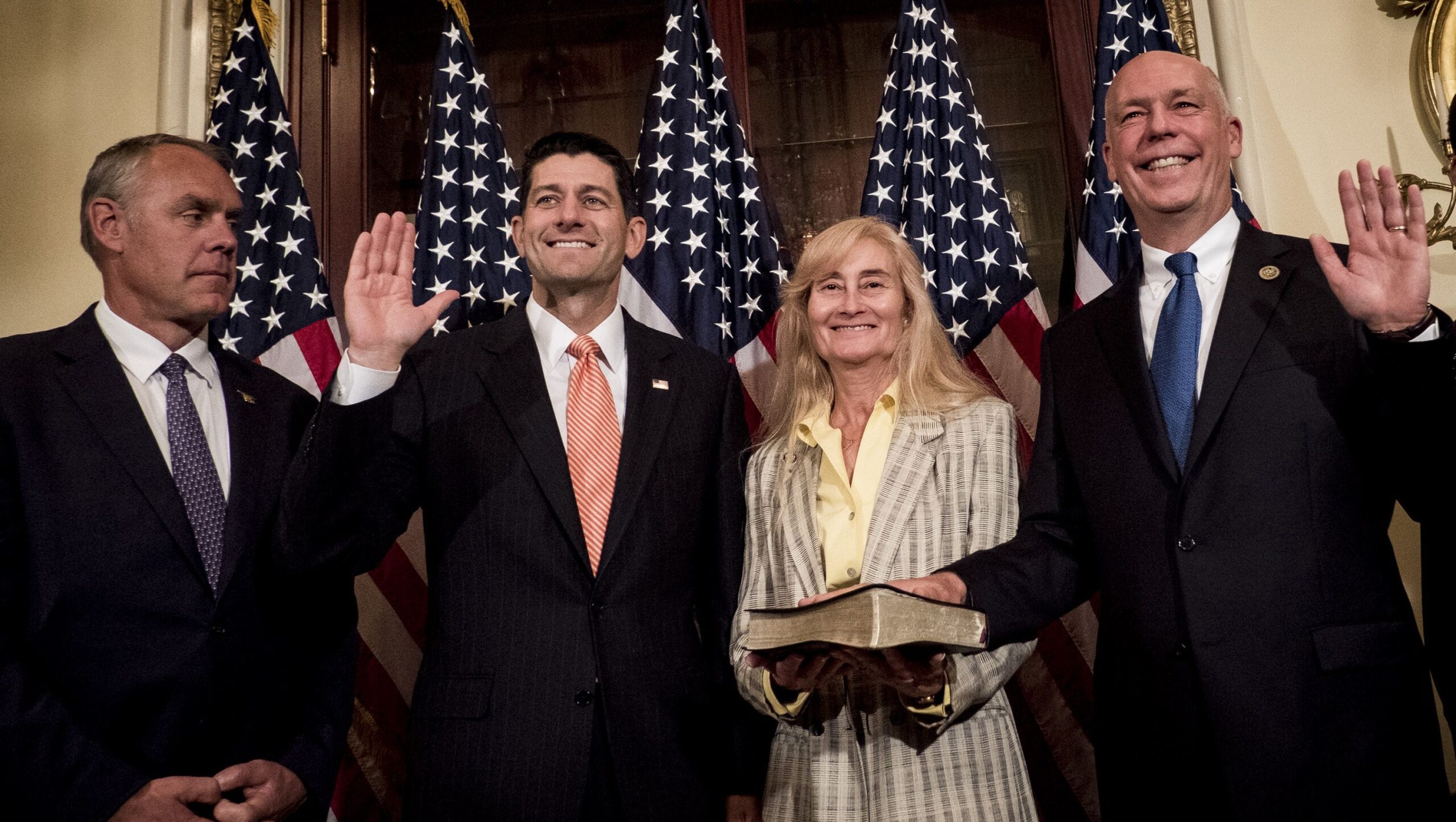 The measure, House Bill 102, has been described by proponents as a way to enhance Montanans’ Second Amendment rights and promote public safety by making it easier for law-abiding citizens to defend themselves from criminals. Opponents have argued that making it easier for Montanans to keep guns close at hand won’t necessarily promote public safety.

“Our Second Amendment is very clear: The right of the people to keep and bear arms shall not be infringed,” Gianforte said at a bill signing ceremony Thursday afternoon. “Every law-abiding Montanan should be able to defend themselves and their loved ones.”

The measure allows concealed firearm possession without a permit by default in most places in the state, with exceptions including secure law enforcement facilities, federal buildings, courtrooms, and K-12 schools. Property owners and tenants would have the ability to expressly prohibit firearm possession in private homes and businesses.

Additionally, the measure forbids the state university system from restricting firearm possession on campuses beyond requiring gun owners to have safety training akin to a hunter’s education course and safety measures such as requiring that firearms be transported in cases and stored with gun locks. The university system will also be allowed to forbid gun possession by students who have been formally disciplined for substance abuse or “interpersonal violence,” and prohibit possession by attendees at football games and other events that are supervised by armed security guards.

The university system provisions of the new law take effect June 1. Its other provisions are effective immediately.

As he signed the bill, Gianforte, a Republican, cited national situations where armed bystanders have intervened in violent situations, including a 2019 incident near Fort Worth, Texas, where a volunteer security guard shot and killed a gunman who had fatally shot two congregants at the West Freeway Church of Christ.

“The citizens of Montana have the ability to defend themselves, and I trust them with that responsibility,” Berglee said.

“No bill in the last 20 years has done more to protect our fundamental right to keep and bear arms,” Knudsen wrote in a statement.

The bill passed the Montana House and Senate on nearly party line votes, with support from nearly all Republicans and opposition from nearly all Democrats. The dissenters who broke with their parties on final votes were one Democratic lawmaker, Rep. Derek Harvey of Butte, and two Republicans, Sen. John Esp of Big Timber and Sen. Brian Hoven of Great Falls.

The portion of the bill specific to college campuses may conflict with a provision in the Montana Constitution that lets the state Board of Regents control the university system, according to an analysis prepared by legislative attorneys, potentially setting up a legal battle between different arms of state government. Higher education officials have opposed the measure, saying it could result in more gun suicides and accidental shootings on campuses.

Deputy Commissioner of Higher Education Kevin McRae said Thursday that the Board of Regents will discuss the matter at its May meeting. He noted the bill had been amended to accommodate some of the concerns higher ed officials expressed about the initial version of the measure, adding the provisions that let campuses require basic safety training and restrict possession at sporting events. He also noted the bill had been changed so it takes effect in June, instead of immediately.

“[K]eeping our campuses safe places to teach, learn, live and grow is our highest priority,” McRae said in an email.

Gianforte didn’t take questions from reporters following Thursday’s bill signing ceremony. His press secretary, Brooke Stroyke, responded to a question about the law’s potential to trigger litigation by the Board of Regents with a brief statement indicating that the governor believes gun rights trump the university system’s own constitutional authority.