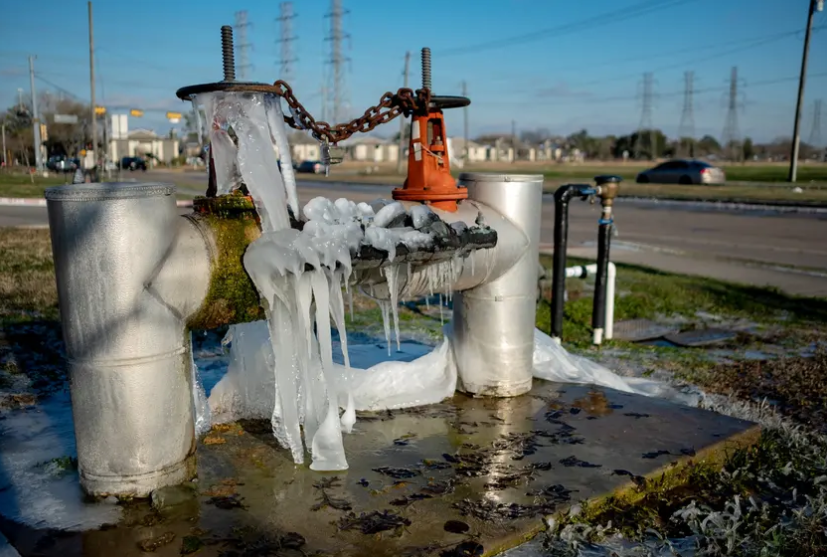 Gov. Greg Abbott declared the reform of the Electric Reliability Council of Texas an emergency item for the 2021 legislative session. Hours later, he said he thinks leadership at the entity needs to resign.

Texas’ top elected officials on Tuesday called for investigations into and resignations at the operator of the state’s power grid after a massive winter storm caused millions of residents in the state to lose power for long spans during frigid temperatures.

“This was a total failure by ERCOT,” Abbott told KTRK Houston during an interview Tuesday evening. “ERCOT stands for Electric Reliability Council of Texas, and they showed that they were not reliable.”

Abbott declaring ERCOT reform a top priority this session allows the Legislature to approve bills on the subject during the first 60 days of the session, which began Jan. 12.

ERCOT, a nonprofit that manages the grid used by about 90% of the state, came under fire Tuesday as state lawmakers and other officials expressed frustration over its handling of the long-lasting outages. ERCOT officials said Tuesday that they could not estimate when those outages would end and warned more could be without service as it struggles to balance supply and demand to the state’s power grid.

In his interview with KTRK, Abbott said part of his issue with leadership there was the apparent lack of preparation before the storm hit the state.

And upon learning that about a third of ERCOT’s board members live outside of Texas, as first reported by Texas Monthly, lawmakers from both parties demanded residency requirements be addressed during the current legislative session.

Five of the members of ERCOT’s governing board, including the chairwoman and vice chairman, appear to reside either outside of Texas or the country.

The governor’s latest announcement came hours after Texas House Speaker Dade Phelan asked two committees in the lower chamber to hold a joint hearing later this month to review the outages. Phelan, a Beaumont Republican, requested the House State Affairs and Energy Resources committees convene for the hearing on Feb. 25.

“We must cut through the finger-pointing and hear directly from stakeholders about the factors that contributed to generation staying down at a time when families needed it most, what our state can do to correct these issues and what steps regulators and grid operators are taking to safeguard our electric grid,” Phelan said in a news release.

Lt. Gov. Dan Patrick, the head of the state Senate, also weighed in on Tuesday, saying the Senate Business & Commerce Committee would hold hearings “to get answers to our questions.”

“Millions of people without power during this arctic blast is life-threatening and unacceptable,” Patrick said in a statement. “We must get to the bottom of this to be sure we are better prepared even if an unprecedented weather event happens again.”

None of the three leadersproposed specific fixes for ERCOT or the state’s energy supply, and it’s unclear what ideas they might have in mind.

Dallas County Judge Clay Jenkins blamed the power failures on Abbott and the Texas Railroad Commission, which regulates the oil and gas industry. He argued they prioritized commercial entities over residents by not requiring equipment to be better equipped for cold weather.

“We made a choice to get the lowest price possible for large commercial customers without doing the things that are necessary — that all the other states do — to protect residential customers in extreme weather,” he said.

Other state officials have expressed concerns — and, in some cases, outrage — over ERCOT’s handling of the power outages. Millions of people have lost power, many for multiple hours or longer as temperatures remain well below freezing. At least 10 deaths have been reported. More freezing weather was expected for much of the state into Wednesday, and some areas are expected to see more snow.

“This whole situation is beyond infuriating. Completely unacceptable,” state Rep. Jeff Leach, R-Plano, posted on Facebook on Tuesday morning. “I am making it my personal mission to find those responsible for this and hold them to account. You deserve nothing less. You deserve better.”

One lawmaker, state Sen. José Menéndez, D-San Antonio, was early in calling for ERCOT’s CEO and board to resign.

And during a phone briefing with ERCOT on Tuesday afternoon, a number of state lawmakers demanded answers for what went wrong — and what the Legislature may be able to do to prevent similar failures in the future.

“While I hear the explanation of the weather, it’s just not acceptable to me,” state Rep. Jasmine Crockett, D-Dallas, said on the call. “It’d be different if we were getting weather that no one else has ever experienced in the history of this country.”

This article was originally published on Gov. Greg Abbott, other top Texas officials call for resignations and investigations at electrical grid operator