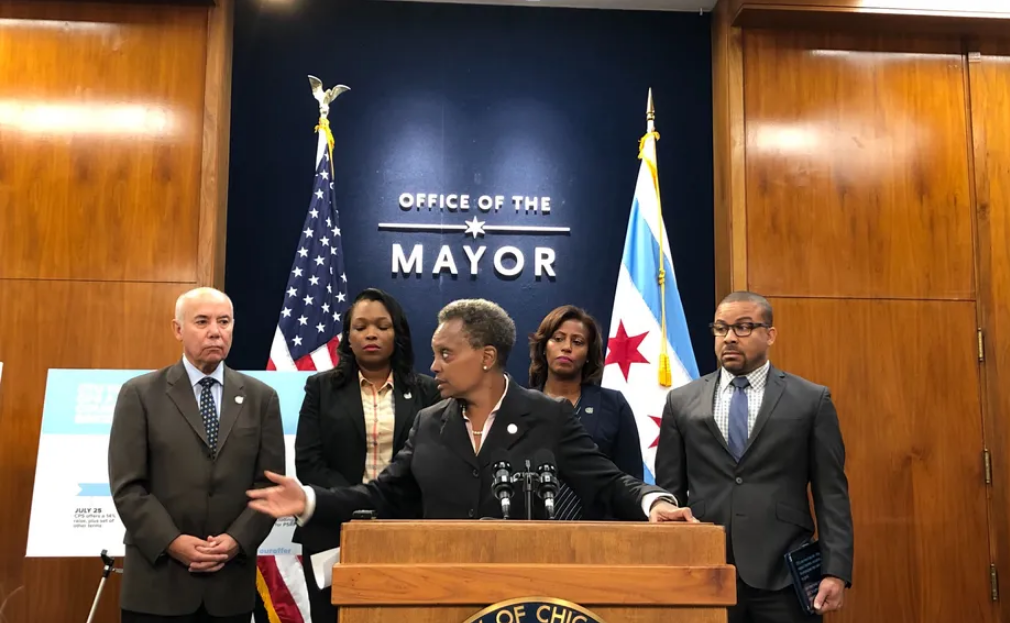 During an overtime legislative session full of surprises, the Illinois Senate on Tuesday night passed a last-minute compromise plan that would establish elections for Chicago’s Board of Education by 2024.

The bill passed 36 to 15 with two members abstaining, but its broader fate is unclear. The Illinois House must take up the measure, and it has adjourned for now.

The compromise amendment surfaced publicly midday Tuesday in the Illinois Senate after the House had already concluded its spring session. It expands the size of the board from the current seven members to 21 members. Unlike the bill’s previous versions, there would be a transition phase, during which 10 members would be elected. The remaining 11 seats, including the president, would be elected in 2026 and serve four-year terms.

Within two hours of the compromise amendment being made public, some high-profile policymakers raised questions about the new language and called on lawmakers to pause before proceeding. Chicago’s deputy mayor of education, Sybil Madison, warned that provisions on who could run for the seats did not bar union leadership. Others asked about campaign-spending limits and why they didn’t appear in the measure.

However, the Senate executive committee passed the bill as amended with nine members in favor of the bill, five opposed, and two who voted present.

Tuesday brought the most heated public debate so far on the issue, as supporters and critics of the bill were suddenly put on notice to testify.

“I, too, have to scramble to be ready to participate this afternoon,” said Miguel del Valle, the current president of the Chicago Board of Education. He said he’d campaigned publicly for an elected school board for a decade but couldn’t support a 21-person body. “We can’t have a school board that is twice as large as the largest elected school board in the country. Down the road, I could see dysfunction, stalemates, all kinds of issues.”

Tuesday’s “overtime” brought a surprise ending to a lengthy spring session that was supposed to end at midnight Monday. During the regular session, legislators took up hundreds of bills and passed a $42.3 billion state budget.

The fate of Chicago’s school board has been hotly debated throughout the session, with efforts to pass a bill that would establish elections by 2023 interrupted by a late-in-the-session push by Mayor Lori Lightfoot for a school board that is partially elected and partially appointed. Lightfoot’s proposal, however, established a considerably smaller, 11-person board with a majority of members appointed by the mayor. (Chicago’s current school board that has seven appointed members.)

Tuesday’s debate spotlighted the lengthy list of unresolved issues, including whether undocumented parents could vote in school board elections. (The bill, as currently written, does not allow for this, but amendments have been filed.)

“I am fully in support of an elected school board, but I have concerns with this bill because of the fact I don’t see representation of undocumented parents,” said Melanie Lopez, a parent and educator who testified during the Senate’s executive committee hearing.

Since Castro said that she has yet to hear a response from the city about these bills, she found the argument that undocumented immigrants would be excluded to be “disingenuous.”

In response to questions, Sen. Robert Martwick — who sponsored the Senate bill — said that he would be working on another piece of legislation to address school board campaign finance after speaking with city officials.

“They professed a strong desire to work on legislation that would apply potentially a public financing option for elections for this,” said Martwick of city officials. “There is nothing I want to see more than removing the influence of outside money over these elections.”

The compromise bill puts in place a moratorium on closing schools, includes language that would prevent those with conflicts of interest from serving on the board, and creates a mayor-appointed advisory panel to help guide issues before the board of education.

Illinois State Senator Kim Lightford, who championed the mayor’s proposal, did not feel that the compromise bill — with its provisions on school closings, conflicts of interest, and advisory panel — reflected all of the parties at the negotiating table, including Mayor Lori Lightfoot.

“At the end of the day, those last three components were not a part of the process, they were not done in fairness, and as in honesty, and I would think that they need to be pulled from the legislation or the city should have had at least an opportunity to have their voice,” she said.

This article was originally posted on In haste, Illinois Senate passes compromise bill for an elected school board in Chicago