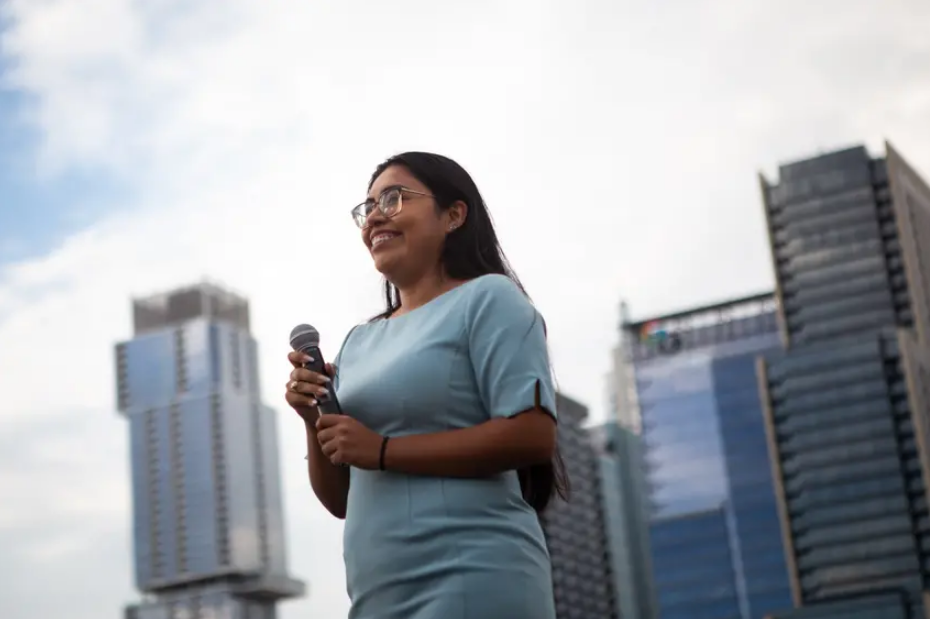 Jessica Cisneros is again mounting a primary challenge to U.S. Rep. Henry Cuellar, D-Laredo, following their bruising 2020 battle where she came within 4 percentage points of unseating the incumbent.

“I think a lot of folks saw themselves reflected in the campaign last cycle, and even though we did come up a little bit short, I feel like a lot of South Texans were left with hope because we asked them to envision something that was almost impossible — or what people said was impossible — last time around,” Cisneros said in an interview.

Cisneros, a Laredo attorney, took on Cuellar in the 2020 primary in a race that targeted his reputation as one of the most moderate Democrats in the House. Cisneros branded Cuellar as “Trump’s favorite Democrat” and attracted massive national attention, money and support from some of the biggest names in progressive politics like U.S. Sen. Bernie Sanders, I-Vermont, and U.S. Rep. Alexandria Ocasio-Cortez, D-New York.

Cisneros said the coronavirus pandemic has only amplified the case against Cuellar, saying he did not “step up in the way that we wanted him to to meet the moment to advocate for bold policies that would help South Texas.” In a launch video, she provided a fresh list of criticisms of Cuellar’s time in office since the last primary, including his work with Republicans on border legislation and the fact he was the only Democrat to vote against a sweeping overhaul of labor laws. She also criticized his help in securing $500,000 worth of coronavirus tests for Laredo that turned out to be unreliable.

“You would think that coming so close to losing his seat was a wake-up call, but it wasn’t,” Cisneros said in the interview.

Cuellar’s campaign confirmed that the congressman, who has served since 2005, will seek another term in 2022 — and expressed confidence that voters would once more pick the more experienced incumbent over Cisneros.

“We beat her handily last time,” spokesperson Colin Stother said, “and we’ll beat her by an even larger margin this time.”

Cisneros is launching her campaign again with the support of Justice Democrats, the national progressive group that recruited her for the 2020 race, when she was a 26-year-old first-time candidate. Back then, she said, she could “definitely say there was a bit of a learning curve that I was able to overcome, and I’m really excited to know that we’re not starting from scratch this time around.”

This time around, though, other dynamics of the race could be different, starting with redistricting, which is likely to change the boundaries of the 28th District prior to the primary. Cisneros said that if the lines change, she is “really confident in our campaign … to be able to adapt to whatever gets thrown our way.”

Also, Cisneros will not have a direct matchup with Cuellar — a newcomer, Tannya Benavides of Laredo, announced in June that she was challenging the incumbent in the primary.

The district is also now a target of national Republicans who are looking to capitalize on President Joe Biden’s underperformance in South Texas last year. Biden carried the traditionally blue 28th District by only 4 percentage points.

Cisneros said she worked to get out the vote for Biden and saw the realignmentcoming, but the numbers were nonetheless “shocking to see.” Still, she expressed confidence that the policies that fuel her campaign — like Medicare for All — cut across the ideological and partisan lines that may have shifted last year.

Cisneros is an immigration attorney, and since the 2020 primary, she has worked at Texas RioGrande Legal Aid and the Refugee and Immigrant Center for Education and Legal Service in Laredo, according to her campaign.

This time, Cuellar’s team is preparing to take on Cisneros more aggressively, with Strother, the campaign spokesperson, saying she “kind of got a free pass” in their last matchup.

“We’re not gonna put up with it this time,” Strother said. “She’s gonna find out what South Texas politics is really like.”