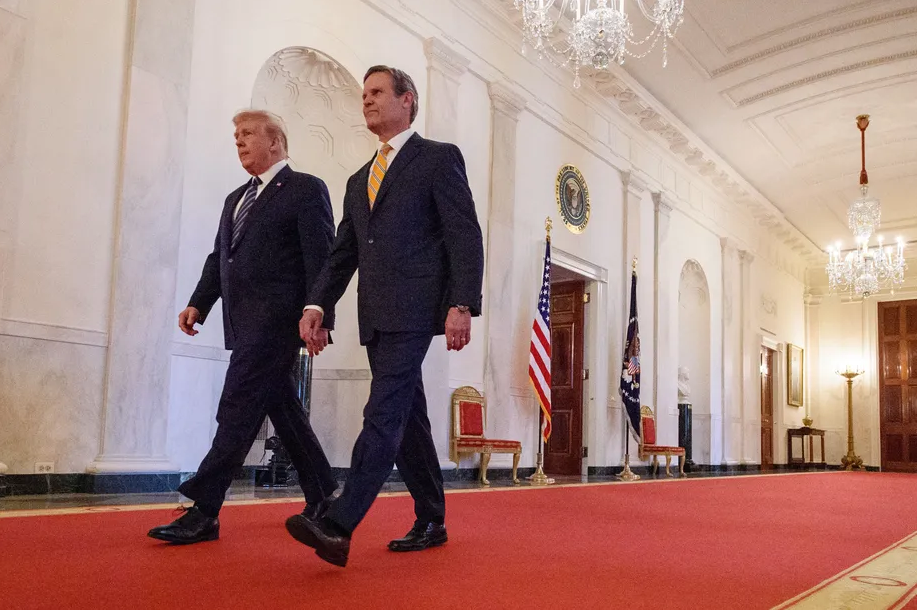 Educators who violate the state’s new law regulating discussions on race and gender in the classroom may have their teaching licenses suspended or revoked.

Under proposed guidance issued by the Tennessee Department of Education on Friday, “licensure action” is one of the possible penalties for educators who discuss what the state has defined as “prohibited concepts,” which includes topics such as white privilege, male privilege, and the flaws of meritocracy, and topics that suggest the “United States is fundamentally or irredeemably racist or sexist.”

Districts found guilty of knowingly violating the law may lose 2% of state funding or $1 million, whichever is less, on the first offense. The penalty grows to 10% or $5 million by the fifth offense. The proposed guidance now faces a 10-day public comment period and legal review from the state’s Attorney General’s office to begin the emergency rule implementation process.

“Teaching children that this is the most exceptional nation in the world is incredibly important, but political commentary is not something we need to be teaching children. Critical race theory is un-American. It fundamentally puts groups of people above the sanctity of the individual, which is a founding principle of this nation,” said Lee during a press conference on Monday.

“The department has just released guidelines, open for public comment. That will be important to hear. We need to know what the public thinks about those guidelines. But we need to be very clear. Our legislature, the people spoke, and we will not be teaching critical race theory in Tennessee,” he added.

Critical race theory is the study of how racism affects laws, policies, and society. The most in-depth studies of critical race theory are usually found in college classrooms, but questions about its applications in K-12 classrooms gained attention during the Trump Administration following wide acclaim for the New York Times 1619 Project which marked the 400th anniversary of about two dozen enslaved Africans arriving in the Virginia colony. Nikole Hannah-Jones won a Pulitzer Prize for the opening commentary to the series.

In route to becoming state law, no Democrats in the state legislature supported the Republican-backed measure. The political action group Moms for Liberty has been one of the most vocal supporters for the law. Many other organizations locally and nationally have voiced strong opposition for this and similar mandates including the ACLU of Tennessee and the Organization of American Historians, the nation’s largest professional organization of scholars of U.S. history.

Under the proposed guidance, those who file a complaint flagging the teaching of banned concepts in Tennessee classrooms must be a student, parent, or employee of the school or district in question, and they must file the complaint within 30 days of the alleged violation. Districts and charter school operators will have 60 days to investigate.

The proposed guidelines also establish processes for appeal and voluntary resolution, which allows scrutinized teachers to avoid penalties and encourages districts and charter school operators “to work collaboratively with parents, teachers, and other employees to resolve concerns and complaints as quickly as possible.”

JC Bowman, executive director of Professional Educators of Tennessee, said his group is working to get input about the guidance from teachers and other policymakers.

“On the surface, it looks like a very deliberative process. We think enforcement could be challenging,” he added in a statement.

The timing of the guidance may create a predicament for Tennessee schools as districts such as Alcoa City Schools and Dickson County Schools have already started classes, and opening day for Shelby County School and Metro Nashville Public Schools are days away.

“The proposed rule is quite extensive, and the district is reviewing [it] for its applicability to schools for this upcoming school year,” said a spokesperson for Shelby County Schools. “The timing is not ideal, but the district nonetheless welcomes the guidance.”

When asked about the timing, Tennessee Education Commission Penny Schwinn said,  “I can’t speak for every teacher and school district. The law was passed at the very end of session in mid-May, and we’ve been working closely with the state attorney general to develop a draft policy that is aligned with the law.”

She added, “We want to make sure anything that we put out has been fully vetted and has allowed for public comment.”

The public can send its feedback on the proposed guidance to [email protected] through Aug. 11.