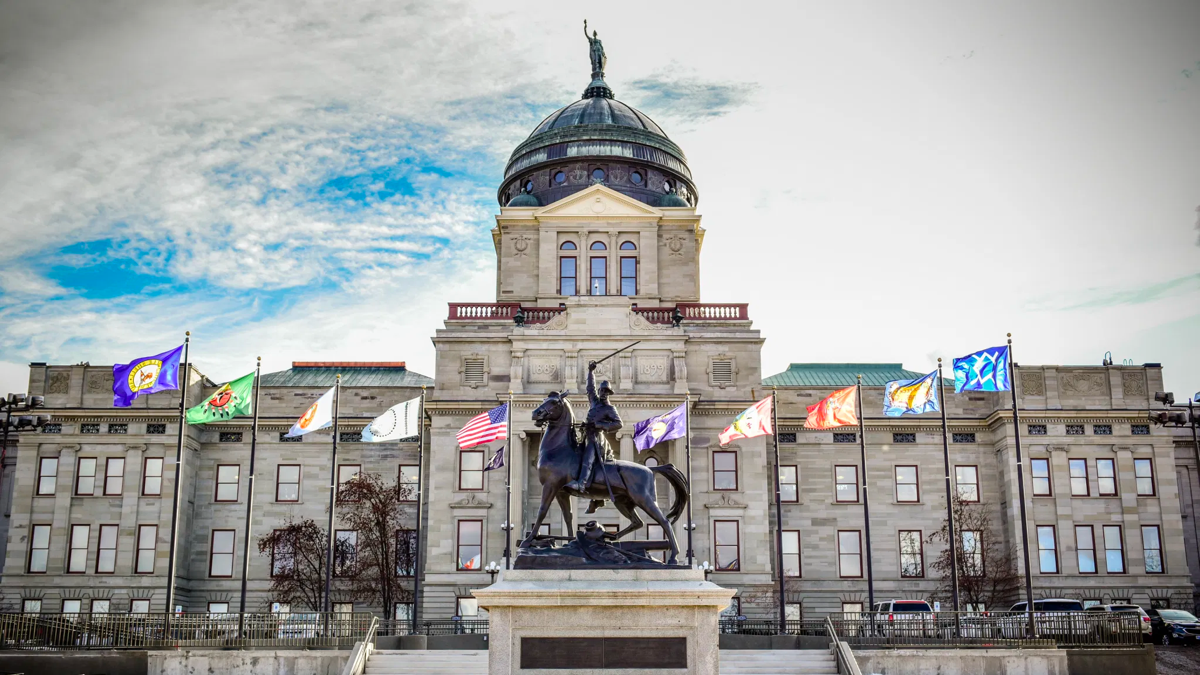 The sixth week of the Legislature saw several Republican priorities advance in committee hearings and through the governor’s office. Confirmation hearings are underway for the governor’s nominees to head state departments, and notable committee votes in recent days have allowed significant pieces of legislation to proceed to floor debates in the near future.

The Republican governor announced his intent to lift the mandate, which he opposed in last year’s election, as he signed a COVID-19 liability shield bill Wednesday. That measure, Senate Bill 65, has been described by the governor as a way to protect businesses, churches, nonprofits and health care providers who take reasonable precautions against the virus from most lawsuits by people who may have gotten sick from exposure on their premises.

The Legislature’s Republican leaders announced that three lawmakers tested positive for COVID-19 this week: Rep. Brian Putnam, R-Kalispell; Rep. Becky Beard, R-Elliston; and Rep. Ross Fitzgerald, R-Fairfield. They said Friday that Fitzgerald, who had been working remotely as a precaution, was a close contact of a lawmaker who previously tested positive for the virus.

A suite of tax cut measures included in Gianforte’s state budget proposal with the stated goal of boosting the state economy by enticing entrepreneurs and businesses to move to the state got their initial hearings before legislative committees this week. Most received enthusiastic support from business groups and sharp criticism from Democrats, who faulted the proposals for favoring wealthy residents instead of prioritizing tax relief for lower-income Montanans.

HB 303 passed its initial committee vote Thursday and the five other measures await their initial votes.

A bill Democrats touted as an alternative income tax cut bill, Senate Bill 10, was voted down Friday. The measure, which would have created a property tax “circuit breaker” credit to lighten the tax burden on lower-income Montanans, was tabled in the Senate Taxation Committee on what Democrats said was a party-line vote.

The Senate Judiciary Committee voted 7-4 along party lines to advance a bill that would discontinue Montana’s current process for filling district and Supreme Court vacancies, and instead allow the governor to directly appoint his preferred candidates to seats that are left open between elections. Senate Bill 140 would disband the independent Judicial Nomination Commission, which allows four lay people appointed by the governor and three members selected by judges at the district and Supreme Court level to publicly deliberate about candidates and advance a limited number to the governor for consideration.

The bill, which is supported by the Gianforte administration and opposed by the Montana Bar Association, was the subject of extensive debate earlier in the week. It passed out of committee on Friday.

Members of the Legislature’s American Indian Caucus voiced their concern this week in a letter to Sen. Steve Daines and Rep. Matt Rosendale, after the two members of Montana’s congressional delegation came out in opposition to the nomination of Deb Haaland as the next Secretary of the Interior. Haaland, who would be the first Indigenous person to lead the influential department, has previously supported the Green New Deal, which her critics say would unleash damaging effects on American’s natural resource industries.

In writing to Daines and Rosendale, the nine state lawmakers said Haaland “has a deep understanding of the relationship people have with our lands and wildlife.” Claims to the contrary, the letter states, are “deeply offensive to all Native Americans and the generations of Indigenous peoples who have lived on the land and managed it sustainably for generations.”

Gianforte’s nominee to head the Department of Public Health and Human Services navigated pointed questions from lawmakers in his Senate confirmation hearing this week. Adam Meier, who previously served as secretary of Kentucky’s Cabinet for Health and Family Services under former-Gov. Matt Bevin, told legislators he intends to break down silos within the department and work collaboratively with stakeholders at the state and local level to manage the extensive services overseen by DPHHS, including Montana’s Medicaid programs, disability services and the child welfare system.

Meier, who recently relocated to Montana after being offered the position, told lawmakers he’s in the process of acclimating.

“If I could sum up my time here in a short few sentences, I’d say the challenges are many, the pace is fast, the people are warm, and the weather is cold,” Meier said.

The caucus meeting was held Jan. 21 to give most of the Republicans on the committee a chance to discuss upcoming votes on several House bills addressing restrictions on abortion and health care for transgender people. The Montana Constitution gives members of the public a right to observe the deliberation of public bodies.

This article was originally published on This week in Helena, Feb. 8-12