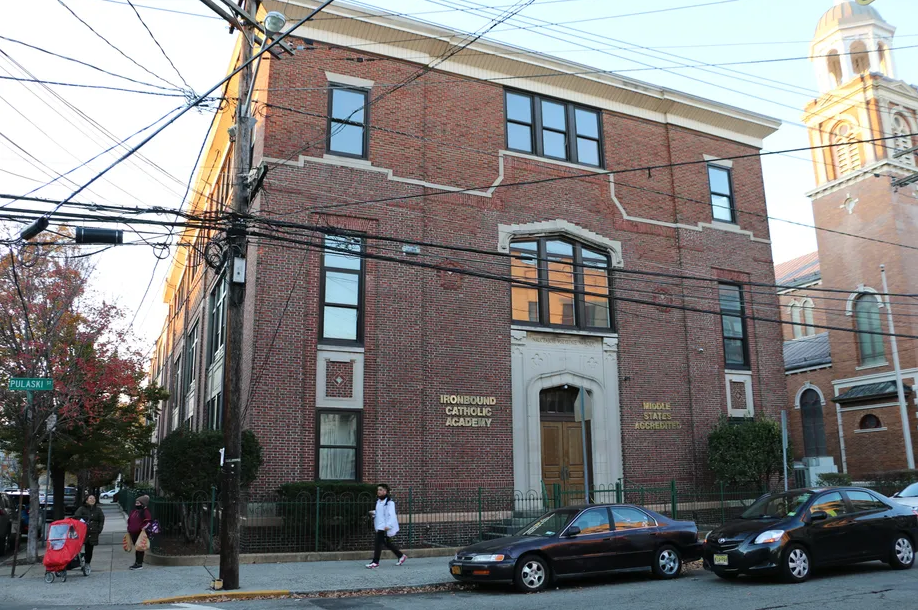 One strategy is to lease vacant buildings that once housed charter schools, offices, nurseries, and even a hospital. Next fall, the district plans to convert a recently shuttered Catholic school building in the city’s crowded East Ward into a new public school.

Besides leasing, the district also is renovating its existing properties and waging a legal battle to reclaim a building it sold years ago. If successful, the moves will allow the district to rapidly add schools and extend its footprint — an approach radically different from that taken by previous superintendents who closed under-enrolled schools and sold buildings in a bid to downsize the district.

“I and this administration do not subscribe to that edition of school reform,” Superintendent Roger León said at a school board meeting in February. “We open schools, we make schools better, we make schools worthy of the children of the city of Newark.”

There are legal threats, including a complaint with a state oversight agency alleging that the district failed to obtain the necessary approval for its plan to reclaim the school building. There are construction challenges, including an apparent delay in converting the former hospital into a new high school.

And there are financial gambles. Even amid the pandemic, the district has spent millions of dollars on leases, renovations, and legal fees to secure space for several new schools, which then cost even more money to launch.

The investments could pay off if they help the district attract more students, who would bring more funding. But if not enough new students enroll, the district could be saddled with a big bill but no payoff.

“I still have my reservations because we do not know what the future holds in terms of our financials,” Newark school board member Asia Norton said at a meeting last year as the district prepared to lease another empty building. But, she concluded, it was a necessary risk “as we continue to want to grow our district.”

In 2018, Newark’s elected school board effectively regained control of the school system after more than two decades of state management. Since then, the district has been on a school-opening spree.

Led by León, the district has made plans for four new high schools, three new elementary schools, and two new preschools, along with the reopening of Newark Vocational High School. But to open new schools, Newark needs space. And since the state agency responsible for funding new school construction is out of money, district leaders have had to find workarounds.

In 2019, the district closed a small elementary school, shifted a preschool into its space, and opened the Newark School of Global Studies where the preschool had been. In 2020, after a yearlong delay, the district launched the revamped Newark Vocational inside a fully renovated building. The same year, it reopened the shuttered Newton Street School, rechristening it as Sir Isaac Newton Elementary School. And this year, the district relocated an existing elementary school so it could launch a new school, named for Michelle Obama, in its building.

But even after the renovations and relocations, the district still needed more room. Without the money to build, it decided to rent. After a Catholic high school and a charter school shut down last year, the district swooped in and leased their buildings, where it opened two new high schools this fall.

The district has also scooped up vacant sites in the city’s East Ward, also known as the Ironbound, where many schools are jam-packed with students.

It leased a former medical office building and another that had housed St. Justine Nursery, turning both into district-run preschools this fall. In May, the school board authorized the district to enter into a 20-year, $160 million lease with the owner of the former St. James Hospital, which the district plans to transform into the School of Architecture and Interior Design. And it is in talks with the Archdiocese of Newark to lease a three-story building, located next door to East Side High School, that housed the Ironbound Catholic Academy before it closed last year. The district hopes to launch Ironbound Academy, a public elementary school, in the building next September.

Parents and preschool providers in the East Ward say more schools are sorely needed in the densely populated area. Classrooms are crowded, and some students must commute to other parts of the city because their neighborhood schools are full.

“It’s too many students and not enough staff,” said Milena Vieira, whose child is in the second grade at Ann Street School. “There’s new people coming in every day, and they have nowhere to put those kids.”

A district spokesperson did not respond to questions about the new Ironbound school. School board meeting minutes from October said the district is seeking a five-year lease for the property, which would help address “overcrowding concerns” in the East Ward and “offer opportunities to expand the district and its programming.”

The district’s race to open new schools marks a sea change from the era of state control, when the district closed campuses and shed students while charter schools spread. But the recent expansion, while celebrated by many residents, has faced its share of setbacks.

León had hoped to open a new school in the city’s South Ward by taking back a former district building that the city sold to a developer in 2017. But while the district makes its case in court, a KIPP charter school opened in the building this fall.

The case has also exposed the district to a separate legal challenge. The group that purchased and renovated the building on behalf of KIPP filed a complaint with the state’s Office of Administrative Law alleging that the district’s bid to reclaim the building amounted to a school facility project, which the state had not authorized. The district sought to have the complaint dismissed, saying it would seek state approval for a new school if it wins back the building.

An administrative law judge sided with the district. But in a ruling last month, the state education commissioner overturned that decision, allowing the case to proceed.

The district has also occasionally struggled to keep up the furious pace of expansion, which it has tried to maintain even during the pandemic.

Renovation delays forced Newark Vocational students to spend a year in a shared campus. And six months after the school board approved the tentative lease agreement for the new architecture and design high school, the lease is still not finalized, board documents show. As a result, it appears the school will no longer open next September as planned.

The district has not announced the change and Deering did not respond to questions. If families search for the new school in the district’s enrollment guidebook, they’ll find no explanation for its absence.

Yet the district has successfully launched the other new schools it promised, giving Newark families enticing new options. District officials hope that families who might have opted for private, charter, or county-run schools in the past will now reconsider.

“We want to create world-class programs that are going to attract students from other districts,” Wilson said at a meeting in March. And with more students would come more funding.

It’s a costly gambit. The district spent about $4.5 million on salaries and classroom supplies for the three schools it opened this fall, Wilson said, a price that does not include rent. Last year, it spent $3.4 million on asbestos removal while renovating several schools.

The question now is whether Newark can enroll enough new students to justify the expansion.

The most recent enrollment numbers, which are from last school year, show high demand for some new schools, including Michelle Obama Elementary. But that was not true for others.

Sir Isaac Newton Elementary had about 130 open seats in pre-kindergarten and kindergarten, according to the enrollment guide. State data from last October show only 57 students were enrolled.

This article was originally posted on Newark scoops up space for new schools. Will its gamble pay off?