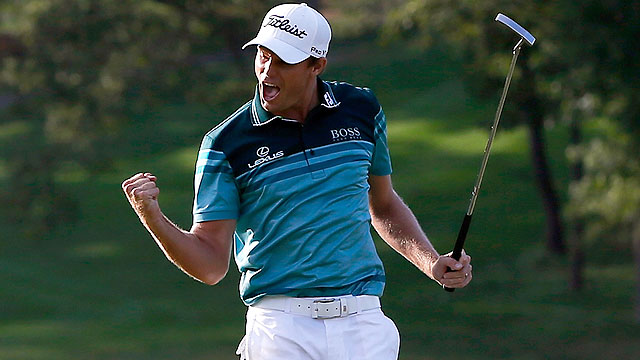 Since early 2020, the COVID-19 pandemic has claimed over 200,000 American lives, according to the CNN Health Tracking Map. The coronavirus has also led to professional sports leagues like the NHL and MLB postponing their seasons. Even with sports slowly coming back to normal, some big-name athletes have tested positive for COVID-19.

Ezekiel Elliott, also is known as “Zeke,” is the starting running back for the Dallas Cowboys and is considered to be one of the best running backs in the NFL, if not the best player in the league. At 25 years of age, Zeke has run for over 5,700 yards and 40 rushing touchdowns in his first four seasons. As the face of “America’s Team,” Elliott is known for his hard-nosed style of running the ball along with excellent field vision and agility.

In mid-July, Zeke tested positive for the coronavirus.CBS Sports reported that Eliott’s “mom, Dawn Elliott, did offer a few details about the circumstances. According to Dawn, Zeke had been hanging around someone who ended up testing positive three days after they had been hanging out.” this news shocked the entire league because of Elliott’s dominant presence when he is on the field.

Luckily for Elliott, he said, “I’m feeling good,” and added, “I would say I had maybe one or two days where I felt symptoms, and even then, it wasn’t too bad. I had a cough and a little bit shortness of breath. Now, obviously, I feel good. I feel normal.” Elliott has since recovered from the devastating pandemic that has claimed the lives of many lives across the globe.

Since recovering, he has run for 185 yards and rushed for 2 touchdowns in the first two NFL games of the 2020-2021 season. Elliott looks to get the Cowboys into the playoffs and, hopefully, one day into the Superbowl.

Another big name sports star that has tested positive for COVID-19 is NBA superstar Kevin Durant. Before Durant tore his Achilles tendon with the Golden State Warriors, he has achieved greatness on the court with “two NBA Championships, two Finals MVP Awards, ten All-Star Awards, four NBA Leading Scorer Awards, and one MVP Award.” At 31 years of age, Durant has dominated the league, especially in the points scored per game category with an average of “27.0 points scored” throughout his twelve active years in the league.

Unfortunately for Durant, NBC Sports reported that “While sitting out the 2019-20 season, KD became one of the first NBA players to test positive for the coronavirus (COVID-19) in March.”

When discussing his symptoms, Durant said, “I feel good. I didn’t have any symptoms so I am good.” He also added, “The unknown was definitely difficult to deal with. But other than that, I was great.”

“KD” is no the newest acquisition to the Brooklyn Nets. He hopes to heal fully from his injury to join the Nets for the 2021-2022 basketball season and hopefully achieve more awards and titles.

Nick Watney is a veteran golfer for the PGA Tour. With “five PGA Tour victories, two international victories,” At 39 years of age, Watney has been able to put up respectable for numbers in his 17 years as a professional golf player.

In mid-June, Golf Digest reported that Watney “got up on Friday that he sensed something was very wrong. The device he was wearing on his wrist to monitor his breathing showed an alarming spike in the breaths per minute he was taking.”

According to the CDC, “shortness of breath and difficulty breathing” is one of the main symptoms of someone who has contracted the virus. For Watney, he used a device called the WHOOP, distributed by the PGA Tour, to track his “respiratory rate.” While he was sleeping, the instrument measured Watney’s “breaths per minute,” which skyrocketed.

Fortunately, Watney has made a full recovery from the coronavirus.

Similar to Ezekiel Elliott and Kevin Durant, he was asymptomatic. According to NBC Golf Channel, Watney experienced no fever, coughs, chills, sore throat, or was in contact with someone for fourteen days. Luckily, Watney’s WHOOP device allowed him to know that there was a respiratory issue with his breathing while sleeping; it might have saved his life.

Several months ago, another NFL player, Von Miller, also tested positive for the coronavirus. Miller, an All-Pro outside linebacker for the Denver Broncos, is known to be one of the league’s best defensive players. Miller was also a Superbowl champion and Superbowl MVP in the 2015-2016 season when the Broncos beat the Carolina Panthers.

“It definitely shook me up a bit — it was very surreal, you know?” Miller added, “My biggest takeaway from this experience is that no matter how great of shape you are in physically, no matter what your age is, that you’re not immune from things like this,” The New York Times reported.

Even a top linebacker in the league was not immune to the devastating symptoms of the virus. The Times also reported how “Miller, who has had asthma his whole life, said he was left shaken up by shortness of breath and coughing when he tried to sleep.”

Similar to Kevin Durant’s situation, Von Miller has to sit out the 2020-2021 NFL season because of a season-ending injury. “An MRI last week confirmed that Miller had suffered a season-ending tendon injury,” according to CBS Sports and Ian Rapoport of the NFL Network. The injury immensely hurts the Broncos defense, trying to get back on track into the playoff mix.

This virus has claimed many lives in the United States in such a short amount of time. Luckily, for these athletes, their immune systems are strong enough to deal with the symptoms of COVID. Even if someone is asymptomatic, they should still take the necessary precautions not to infect others. If there is any positive to takeout of this situation, it is to stay active and live a healthy lifestyle to boost immunity from sickness and promote a sense of well-being.