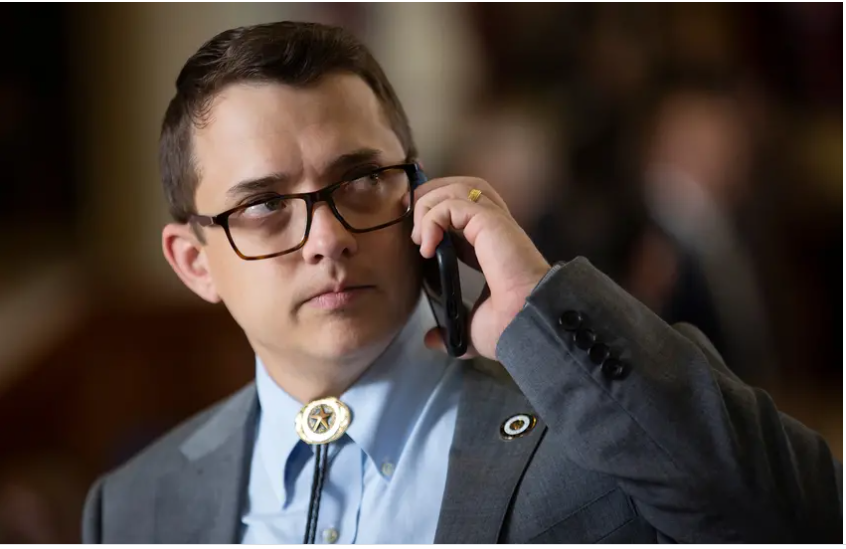 A conservative attorney who volunteered to help former President Donald Trump’s legal team as it attempted to overturn the outcome of the 2020 election will take the lead on election issues in the Texas House this year.

Cain, who previously served on the committee, traveled to Pennsylvania in the days after Election Day to work with the Trump campaign. The campaign eventually filed a lawsuit alleging widespread issues with mail-in ballots in the state. A federal judge threw out the lawsuit, finding the president’s team provided “strained legal arguments without merit and speculative accusations” that were not supported by evidence.

In a November tweet that no longer appears to be available on his account, Cain said he was heading to Philadelphia “to link up with a team of attorneys from across the country to fight for a fair and honest election.” Local television station KHOU reported at the time that Cain was interviewing election workers and poll watchers.

Republican claims of election fraud in swing states have been discredited by the federal courts, and election officials and former U.S. Attorney General Bill Barr have said there was no evidence of widespread fraud that could have swayed the results of the presidential election.

“Texans deserve to have trust and confidence in the process and outcome of our elections,” Cain said in a text message Thursday in response to questions about his involvement with the Trump campaign.

In a Legislature with a legally dubious history when it comes to voting laws, changes to the state’s elections are expected to be near the front of the legislative lineup during the 2021 legislative session.

Announcing part of his legislative agenda this week, Gov. Greg Abbott deemed “election integrity” one of of five emergency items, a designation that allows lawmakers to vote on related legislation within the first 60 days of the session.

Though Abbott did not provide any details in an initial address, he later indicated a “starting point” would be a controversial, wide-ranging proposal from the 2019 legislative session that would have made over two dozen changes to election practices.

Though it was dubbed a security measure by Republicans, the legislation — filed as Senate Bill 9 — faced stiff opposition from voting rights advocates and some local election officials who worried it would criminalize innocent mistakes or increase penalties for them. For example, the legislation made it a felony for Texans to vote when they’re ineligible or provide false information on a voter application, even if they do those things unknowingly.

The legislation passed in the Senate and made it out of the House Elections Committee that year, but it floundered before being considered by the full House.

“I’m looking forward to getting input from Texans, members and policy experts in order to better gauge what needs to be done,” Cain said on Thursday when asked about his priorities for the committee. “I believe SB 9 is great starting point, though, and I’m glad the Governor made election integrity an emergency item.”

Cain, first elected in 2016, is known as one of the most hardline conservative members of the House. In 2019, Twitter temporarily suspended his account after he tweeted, “My AR is ready for you” to then-presidential candidate Beto O’Rourke after O’Rourke called for a mandatory assault weapon buyback program during a debate.

Voting rights advocates on Thursday decried Cain’s appointment given his involvement with the Trump campaign’s efforts to overturn the election and the role it played in fueling the Jan. 6 deadly insurrection at the U.S. Capitol.

“Cain was so invested in undermining our free and fair elections that he took his conspiracy theories on the road to fight against the will of Pennsylvania voters,” said H. Drew Galloway, the executive director of the MOVE Texas Action Fund, a nonprofit organization that advocates for young voters. “This appointment is a slap in the face to every Texas voter who braved a pandemic to make their voices heard last November and the generations of Black and brown activists who have fought for the right to vote.”

The committee’s vice-chair will be state Rep. Jessica González, a Dallas Democrat who worked as a voting rights attorney for former President Barack Obama’s reelection campaign.