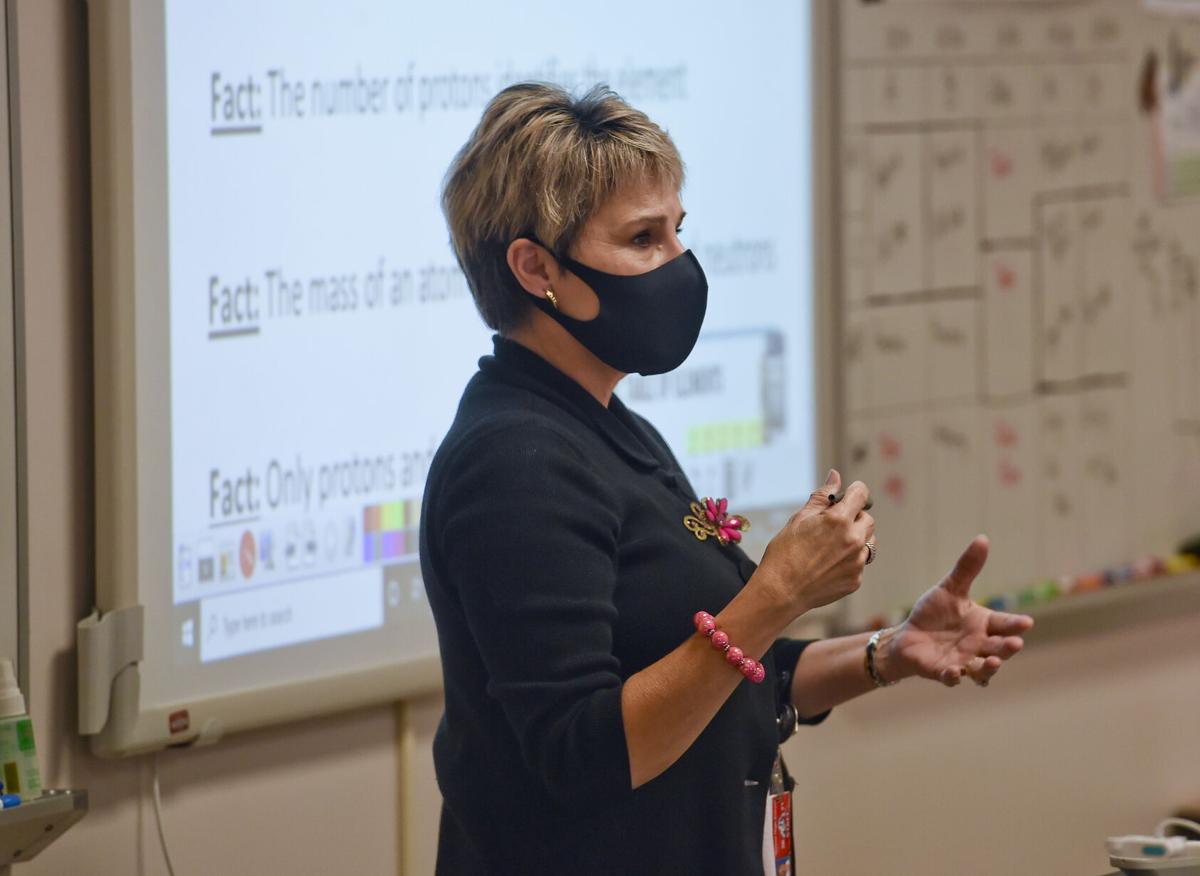 The other study, which has drawn less attention, found that across Wisconsin as a whole, 5,700 COVID cases were linked to outbreaks in K-12 schools and childcare facilities last fall.

Experts consulted by Chalkbeat said both the studies come with significant limitations. But in the absence of widespread testing and national tracking efforts, they illustrate the kinds of data points that school officials have available as they make decisions about reopening.

Here’s what you should know about the new research.

What the study found: This study of 17 Wisconsin schools was led by a local pediatrician, then reviewed and published by the CDC.

Relying on local contact tracing, the study identified fewinstances of the virus spreading in school buildings from September through November. Although 58 school staff members contracted COVID during that time — which included periods of high community spread — not a single case could be directly linked to schools.

“It’s really important that we didn’t have any teachers who we think caught COVID in school,” said Alison Benda, a medical student who co-authored the study.

Only seven students were found to have contracted the virus in school.

What’s still unclear: This study hinges on the accuracy of contact tracing, which was conducted by the local health department or school. Craig Broeren, the superintendent of the largest school district in the study, acknowledged that pinning down where someone contracted COVID was not always possible, particularly when community spread was high.

“When it’s going wild in the community and in the school district, your ability to ferret out where this may have come from is not necessarily as locked down,” said Broeren, whose district, Wisconsin Rapids, conducts contact tracing itself. “That note of caution should be there.”

The researchers acknowledge that because there wasn’t widespread testing, they can’t rule out that the COVID was transmitted to or from asymptomatic individuals.

It’s also worth noting that some of the schools in the study were not operating at full capacity. Broeren’s district uses a hybrid, two-days-a-week schedule for middle and high schoolers.

The bottom line: Broeren says that even though it’s possible contact tracing missed some virus spread within school buildings, he is confident they have not served as super-spreader sites.

“We do know for sure that there wasn’t a positive case and then 10 subsequent positives as a result of that,” he said. “Clearly we would have known that.”

What the study found: This CDC-published paper examines COVID outbreaks across the state of Wisconsin. An outbreak was defined as two more cases among individuals who were at “the same facility or event,” including K-12 schools, but didn’t live together.

The study offers few details on its methodology, but in an email, study author Ian Pray of the CDC and the Wisconsin Department of Health said it relied on contract tracing. Cases were included if they “potentially acquired at school or daycare” because health officials were “unable to link their infection to another person with COVID-19 outside the facility such as a family member or other close contact.”

From March through August, when schools were mostly closed, outbreaks in K-12 schools and childcare facilities (which were lumped together in the study) were rare.

But from early September to mid-November, 5,700 individual cases were linked to outbreaks in K-12 schools and childcare facilities. That amounts to 14% of the cases connected to outbreaks in the state, and schools had more outbreak-linked cases than restaurants and bars or food production facilities.

What’s still unclear: Once again, the limitations of contract tracing matter, particularly when community spread is high. The authors acknowledge that some of these cases “could have occurred in other settings.”

The study also doesn’t consider what safety procedures schools used, which means it’s possible the spread was driven by schools with less strict measures. And it doesn’t indicate whether infections were likely contracted during regular schooling or school events, like sports. Another recent CDC publication found strong evidence of COVID spread during two high school wrestling tournaments in Florida.

The bottom line: Similar methods that showed little evidence of in-school spread in the first study found quite a bit of spread connected to schools statewide.

The big picture: Where things stand

The latest estimates suggest that about 60% of American students have access to in-person instruction of some sort — the highest figure since November. But some districts and teachers unions remain resistant, worried about the virus spreading in schools. Meanwhile, the new strain of the virus could complicate things even further; many schools in Europe have recently closed.

Last week, an opinion piece authored by three CDC scientists concluded that “the preponderance of available evidence from the fall school semester has been reassuring.” The first Wisconsin study, as well as numerous similar analyses based on local contact tracing, have bolstered that case, shaping arguments that schools can and should reopen, particularly in light of the challenges of remote learning.

Other research, including the second Wisconsin paper, has been more equivocal. Two other studies have indicated that schools’ contribution to community spread may hinge on existing case rates.

Margaret Honein, a CDC epidemiologist who co-authored the opinion piece, said that hasn’t changed her view that schools can safely reopen.

“When community incidence of COVID-19 is high, there is a greater risk for individuals with COVID-19 to come into schools,” she said. “However, studies have recently provided evidence to suggest that when schools strictly adhere to layered mitigation strategies, they can minimize in-school transmission even during times of higher community incidence.”

Susan Hassig, a Tulane University epidemiologist, also thinks the evidence leans in favor of the idea that schools can open safely with appropriate safety measures. Her concern is that the conclusion has been oversimplified into the idea that the virus can’t spread in schools.

A CDC publication, for instance, inaccurately suggested that a study she co-authored showed that schools do not contribute to community spread in all circumstances. (Hassing says her research team has asked the CDC to revise it. A CDC spokesperson did not respond to a request for comment.)

“It’s complicated. It’s usually not a 100 character message,” she said.

Epidemiologist Theresa Chapple worries that studies that rely on contact tracing all have the same flaw — the lack of systematic “surveillance” testingthat would provide a complete picture of virus cases in a school.

“It could be that there [are] way more cases that we don’t know about because our contact tracing is not complete or because children are not being tested at the same rate,” she said.

Rebecca Haffajee, a public health researcher at RAND, agrees with concerns about contact tracing. “We would all prefer to have surveillance testing,” she said. But, she added, “I don’t think that the contract tracing, where it’s happening, is systematically so wrong that we are missing a big bulk of cases that are actually transmitting in schools.”

This article was originally published on The CDC released two new studies of COVID school safety. Here’s what they find.