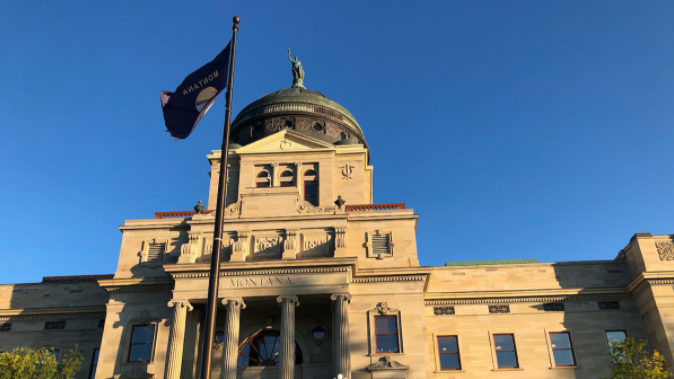 The House Natural Resources Committee held a hearing this week to discuss a bill that indirectly takes up an issue that’s generated significant public interest in previous legislative sessions: the transfer and potential sale of federal land.

On its face, House Bill 320 looks straightforward: It would prevent the state from selling land it acquires from the federal government. But public land advocates say it’s part of a larger effort to transfer federal lands to state ownership, where they could become vulnerable to being sold to the highest bidder due to the expense of managing them.

In his brief introduction of his proposal, sponsor Steve Gunderson, R-Libby, described HB 320 as a “rerun of an oldie but goldie from a group of land transfer bills that environmental groups killed in 2015.”

“If public lands are truly public, then this simple bill to safeguard federal lands transferred to the state should be a very, very easy yes vote,” he said.

Opponents counter that the bill is anything but simple.

Jake Brown with Montana Conservation Voters said the measure is “a can of worms that we don’t need to open.”

Noah Marion,Montana Wilderness Association’s state policy director, told Montana Free Press that the bill is a “red herring” with roots going back to a suite of bills introduced by former Thompson Falls Sen. Jennifer Fielder, who as the executive director of the American Lands Council has long advocated for the transfer of federal land to state control. The organization argues that states, rather than the federal government, can better manage public lands.

When stating his concerns during the hearing, Marion said the bill would complicate the ability of state entities like the State Land Board to use all available “tools in the toolbox” to manage land.

He also noted that transferring approximately 25 million acres of federally owned land to state ownership would shift significant management costs to the state’s taxpayers, a development he described as “the wrong choice for Montana.”

In response, Rep. Paul Fielder, Jennifer Fielder’s husband, said that Montana has been dubbed the Treasure State for a reason. He suggested that natural resource development could help the state generate revenue for management of the land in question.

A 2014 article roughly estimated that taking over federal lands would cost Montana about half a billion dollars, with about $100 million a year going to fire suppression alone. For reference, the state budget lawmakers passed in 2019 totaled about $10.3 billion.

Another potential issue flagged by opponents centers on the sovereignty of Montana’s eight federally recognized tribes.

Rep. Jonathan Windy Boy, D-Box Elder, said the measure could have unintended consequences. He said it could cause problems for Montana’s tribal nations by contradicting laws already in place and constraining future land management options.

“It would also jeopardize the tribes’ [ability] to do anything as far as fee-simple land that’s within the exterior boundaries of the reservation,” he said.

No proponents spoke on behalf of HB 320. Gunderson noted that the measurehas received “soft opposition” fromthe Department of Natural Resources and Conservation, but said he’s been working with the agency to draft an amendment that would “strengthen and further safeguard our State Trust Lands” before the committee takes executive action on the measure.

In his closing, Gunderson hinted that frustration with current land management decisions could be informing his decision to sponsor HB 320. Gunderson did not respond to MTFP’s requests for comment about the measure’s intent and relationship to bills from previous legislative sessions.

“Does public lands access mean we are granted access to just the perimeter? What about the green gates we see … that are keeping us out of hundreds of thousands of acres anymore?” he said at the hearing. “They’re not multiple use, they’re single use.” He also drew a connection between restrictions on motorized use and potential conflicts with the Americans with Disabilities Act.

Green gates are likely a reference to gates on land managed by the U.S. Forest Service, which administers 17 million acres across the state, making it Montana’s largest federal land manager. Gunderson’s home district in the far northwestern corner of the state is situated in the middle of the Kootenai National Forest.

This article was originally posted on ‘Simple bill to safeguard federal lands’ or ‘red herring’?