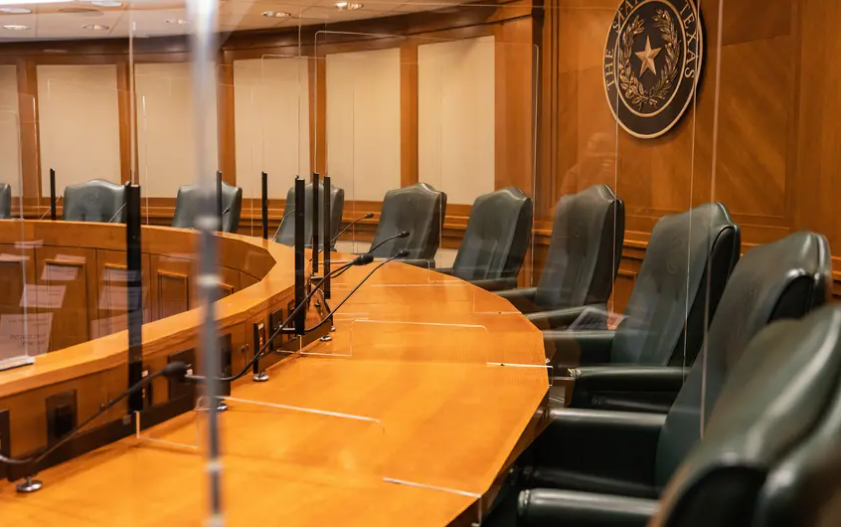 Republican Texas House Speaker Dade Phelan shook up the chamber’s committee leadership Thursday, signaling who his top lieutenants will be during his first session overseeing the lower chamber.

State Rep. Greg Bonnen, a Friendswood Republican, will now oversee the budget-planning House Appropriations Committee, replacing state Rep. Giovanni Capriglione, R-Southlake. Bonnen is brother to former House Speaker Dennis Bonnen, who retired after one term at the post following a scandal over secretly recorded comments he made about other House members.

Dutton’s appointment is particularly notable since he has joined Republicans in supporting the growth of charter schools and other forms of schools outside of traditional public schools — often a major point of division in educational politics. In past sessions, Dutton has authored legislation that would provide charter schools with more state funding and authority to run programs for students who have dropped out or are at risk of doing so. Many other House Democrats are opposed to the expansion of charter schools, which have more freedom from state regulations than traditional school districts.

The House Redistricting Committee, which will be particularly powerful this year, will also have a new chairman: State Rep. Todd Hunter, R-Corpus Christi. Hunter replaces state Rep. Phil King, R-Weatherford. Hunter will spearhead the redrawing of the state’s political maps for the House, a once-in-a-decade process that lawmakers are expected to tackle in a special session later this year. Federal judges previously found that state lawmakers charged with redrawing those maps in 2011, “including specifically Rep. Hunter,” racially gerrymandered districts in Nueces County “to further undermine Latino voting strength.”

Another member of the House Freedom Caucus, state Rep. Matt Krause of Fort Worth, will now chair the General Investigating Committee, replacing state Rep. Morgan Meyer, R-Dallas, who will serve as chair of the tax-writing House Ways and Means Committee.

In an email to House members announcing committee assignments, Phelan wrote that he “never could have anticipated how difficult the task of assigning committees would be” before winning the speaker’s gavel.

“Please know that throughout this process, I have been invariably mindful of the requests that were made of my office, and although it would be impossible to accommodate every request, each was given thoughtful, due consideration,” he wrote.

With assignments now out, legislation that has been filed can be referred to committees for a potential hearing. Over in the Senate, Lt. Gov. Dan Patrick last month announced committee assignments for the 2021 session.

State Rep. Dustin Burrows, R-Lubbock, will now chair the House Calendars Committee, which oversees the timeline and order for which bills reach the House floor for debate, replacing state Rep. Four Price, R-Amarillo. Burrows was also involved in the 2019 political scandal that led to Bonnen’s retirement and resigned as chair of the House GOP Caucus following allegations that the two were planning to politically target fellow House Republicans in the 2020 primaries.

According to the speaker’s office, 21 chairs of the chamber’s 34 standing committees are Republicans and 13 are Democrats. And a Democrat — state Rep. Joe Moody of El Paso — is again serving as speaker pro tem, a position he held under Bonnen during the 2019 session.

Compared to 2019, Democrats this session have one more chair and three additional vice-chairs serving on committees, though the 83-67 split in the chamber remains unchanged. Democratic state Rep. Terry Canales of Edinburg will again chair the House Transportation Committee, andDemocratic state Rep. Senfronia Thompson of Houston, who previously chaired the House Public Health Committee, will now oversee the House Licensing and Administrative Procedures Committee.

Two others already in leadership positions — Rafael Anchía of Dallas and Chris Turner of Grand Prairie — will chair the House Pensions, Investments and Financial Services and the Business and Industry committees, respectively. Anchía, who serves as president of the Mexican American Legislative Caucus, previously chaired the International Relations and Economic Development Committee. And Turner, who serves as chair of the House Democratic Caucus, chaired the House Higher Education Committee.