Please ensure Javascript is enabled for purposes of website accessibility Texans in Congress welcome Afghan refugees to the state, disagree on blame for tragedy in Kabul - Mid Year Media Review
Skip to content 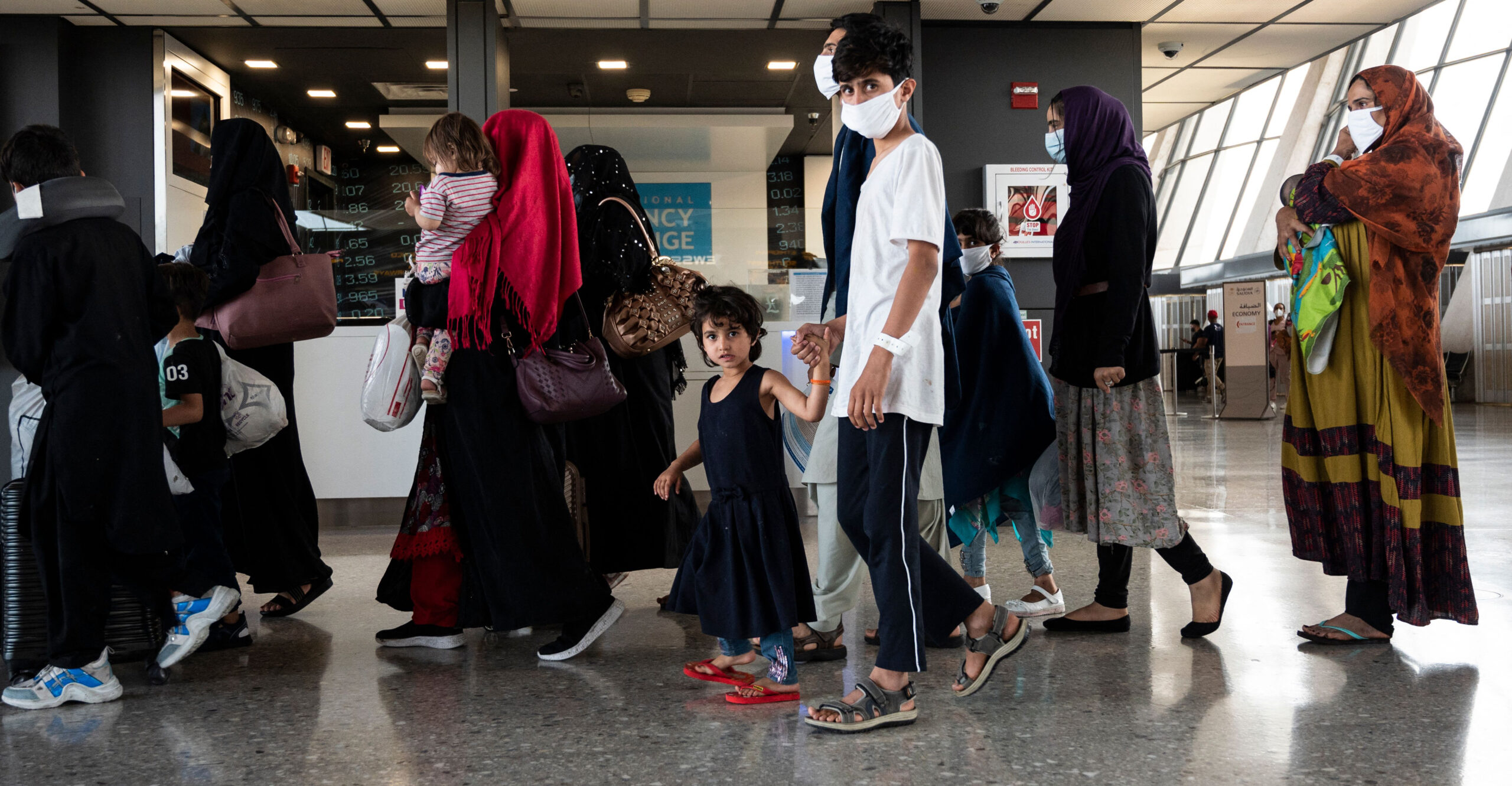 As the American evacuation of Afghanistan enters its final week, Texans in Congress are encountering a mix of despair and optimism as they scramble to save people still trying to get out and welcome Afghan newcomers to the U.S.

In Kabul, fears turned to tragedy on Thursday when at least 13 American service members were killed in two terrorist attacks near the scene of a massive airlift. Estimates of total deaths and of wounded varied widely, ranging as high as 40 killed and 120 wounded.

Twelve time zones away, El Paso’s Fort Bliss was a scene of relief and exhaustion as approximately 1,200 Afghan refugees there began new lives in the United States. Texans in Congress were central to the ongoing process of helping more people get out, including friends and family members of Texans.

“Our hearts and our minds are with what’s happening in Kabul right now, and so I’m very sensitive to that,” said U.S. Rep. Veronica Escobar, an El Paso Democrat, in a Thursday interview with The Texas Tribune. “It’s important to talk about … the long-term commitment that all of us have to this effort because it doesn’t end at the Kabul airport.”

Because of Fort Bliss and her assignment to the House Armed Services Committee, Escobar is one of the U.S. House members from Texas most involved in the evacuation effort. In this role, she was one of the first members of Congress to tour refugee facilities.

“The part of the installation where all of the families are being held, it’s like a small city, and it’s obviously only going to grow,” she added. “When I was there yesterday, there were about 1,200 guests, but they were expecting more flights obviously, and those flights probably will begin to land with more frequency.”

She said Fort Bliss officials anticipate that 10,000 refugees will eventually arrive there.

Another Texan at the center of the drama is U.S. Rep. Michael McCaul of Austin, the top Republican on the House Foreign Affairs Committee. Unlike Escobar, he is outwardly furious with the Biden administration’s handling of the evacuation.

McCaul has been one of the loudest Republican critics of the administration in recent weeks. He is also a recipient of high-level intelligence briefings.

In a Thursday statement, McCaul called the attacks “horrific” and “a jarring reminder of the selfless sacrifices of our servicemen and women.”

McCaul also on Wednesday called President Joe Biden’s deadline to remove troops by Aug. 31 “arbitrary.” Even though the mission has five days remaining, McCaul said there are already logistical signs it is winding down.

He added that the Foreign Affairs Committee is now a “clearinghouse and repository” where members of Congress and their staffers continue to sift through thousands of requests that include Texans trying to get family, interpreters and friends out of Afghanistan.

But Escobar pointed to Thursday’s Kabul terrorist attacks as evidence of the danger of staying longer and of the need for American troops to leave by Biden’s Aug. 31 deadline.

“I no longer believe we should stay longer,” she said. “I now think it’s changing by the minute, and probably by the second, and the sooner that we can expedite this, the better.”

She did call for Biden to put forth a plan for what will happen on the ground in Afghanistan after that deadline.

McCaul confirmed on Wednesday that there are Texans on the ground in Afghanistan who are trying to leave the country. Citing security concerns, he declined to elaborate on their circumstances.

“Every office now is basically running their own operations through [the State Department] and [the Defense Department] to get these people out,” he said.

Secretary of State Antony Blinken announced on Wednesday that approximately 1,500 Americans are still in Afghanistan, but he underscored that is a “dynamic” figure subject to change.

Escobar praised the administration for the airlift that has moved tens of thousands of people out of the Afghan capital.

“I do think the administration deserves enormous credit for the rate with which they have been able to evacuate human beings from Afghanistan,” she said. “We need to give credit where credit is due.”

Biden chief of staff Ron Klain announced Wednesday night that about 100,000 people have been evacuated from Afghanistan. Even so, an estimated 250,000 Afghans who worked with Americans and qualified for visas have yet to escape the country, according to a New York Times report on Wednesday.

“It should have started months ago, and they didn’t, and now we’re seeing the results of it. And the results are gonna be, quite frankly, that they will be executed,” he said of Afghan allies on the ground. “We are leaving them behind, and there is a death warrant on their back, particularly the interpreters. And it’s very sad when we promised them, with a moral obligation, that we would protect them, and we didn’t.”

He also said the United States will pay a diplomatic price for the desperate situation.

“It really hurts our standing in the world,” he added.

Even amid the misery in Afghanistan, Escobar painted an encouraging picture of Afghans arriving at Fort Bliss in her district. She was one of the first members of Congress to observe the reception of exhausted Afghan men, women and children at military facilities on Wednesday evening.

She praised the military’s compassion toward the new arrivals, noting that some of the service members at Fort Bliss built a soccer goal for the Afghan children on the base.

“I was so impressed by everything that Fort Bliss has been able to accomplish in a short period of time,” she said.

“Guests” is the term Escobar, service members and other support staff are using to describe the Afghan arrivals.

She also reassured her constituents that the Afghans coming to the United States are being tested for and vaccinated against COVID-19, and are also subject to thorough security screenings.

“All of these folks, I think it’s important to share with the public, are thoroughly vetted,” she said. “[Military] leadership told me repeatedly, ‘We know exactly who these folks are.’”

Both Escobar and McCaul anticipate congressional investigations into the withdrawal.

“We will be conducting a thorough oversight into how this happened, how did we get here, how could we have gotten this so wrong?” McCaul said at a Wednesday news conference. “Secretary Blinken is going to come testify, we think, in a week or two. We are trying to set the date on that.”

Escobar said she was prepared to raise questions with the Biden administration but blamed the Trump administration for setting in motion some of the circumstances that bottlenecked the exodus. She also expressed frustration with criticism being voiced by members of Congress without considering their own responsibility for the deterioration of the Afghanistan military and political situation.

“As members of Congress, we all need to all look in the mirror and ask ourselves where there might have been failure at the oversight level, not just over the last several months but over the last 20 years,” she said.

McCaul and Escobar both urged Americans to embrace the Afghan refugees. But Escobar cautioned that those coming forward to help the refugees may have to wait.

“The infrastructure for donations does not exist yet, not on base. … They need a little bit of time to build that infrastructure. They don’t have storage capacity, and they don’t have personnel to work through that,” she said, adding that the American Red Cross is taking the lead on relief.

McCaul reminded Texans that many Afghans, particularly the interpreters, put their lives on the line for Americans over the last 20 years and were the most valuable members of many American military units.

“For those who call that into question, I think that’s un-American,” he said. “That’s not our value system. So I would hope we would open our arms to them.”

This article was originally posted on Texans in Congress welcome Afghan refugees to the state, disagree on blame for tragedy in Kabul